I've had so much fun teaching US history to Trevor's fifth grade class! My last day with them was not to teach history, but rather to lead a nature hike and teach about the local flora and fauna. To explain how this came to be, I have to back up a bit.

At the beginning of the year, Trevor was elected Class President. His campaign promises included: teaching robotics and coding to his classmates, incorporating ping pong into PE, learning about different cultures, and having his mom lead a birdwatching nature hike. I found out about this after he'd given his speech. He'd assumed (correctly) that I'd be happy to lead a hike, but I made it clear that he should never make a promise on behalf of someone else without discussing it first. I also made it clear that we would be leading the hike together and that Trevor would do the bulk of the planning and preparations. I suggested we broaden the activity to include plants and other animals besides birds, and that we incorporate a nature-themed photo scavenger hunt. (The deRosiers are obsessed with scavenger hunts.) Trevor thought it was a great idea.

Finally it was time for the big day. I headed out with a line of 31 students (plus their teacher and some chaperones, of course) trailing behind me as we walked a few blocks from the school on a sunny afternoon to a beautiful open space area. 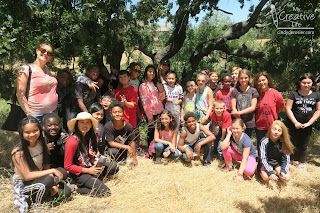 Despite it being just minutes from the school, only three of the kids had ever hiked there. The rest couldn't believe they hadn't known about it. They kept saying how pretty it was. 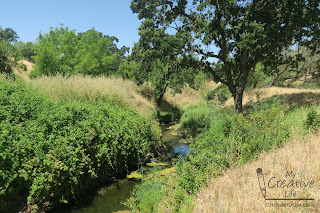 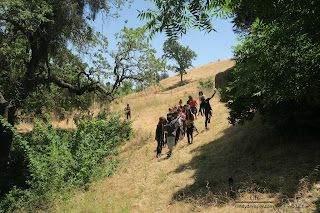 We stopped to learn about trees, wildflowers, and other plants. We walked down to a creek, over rocks, and along a slope. We listened. We spotted ducks, turkeys, mice, and evidence of several animals in the form of scat.

We left the open space area to head to a developed preserve, also right near the school. Here, Trevor explained his scavenger hunt. The kids would divide into teams and search the preserve for the items on the list, taking photos of each as they found them. The items were divided by category and awarded points based on Trevor's perception of how difficult each would be to find. He had a somewhat complicated point system that awarded bonus points for completing all items in a category. The kids were excited and set off on their hunt.

I took lots of photos of the kids... of their backs, that is! 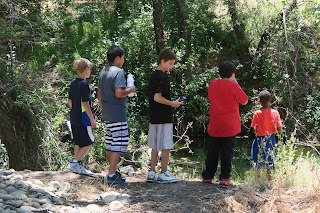 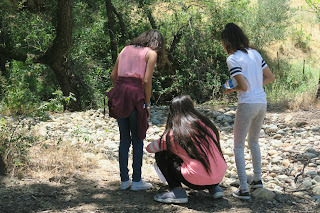 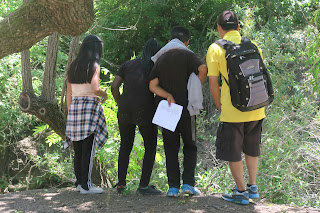 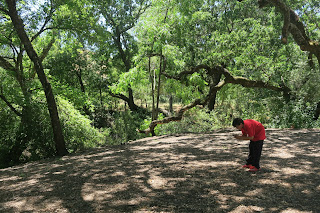 I also took my own photos of the items on Trevor's list, including this orange dragonfly (bug) and blue peacock feather. 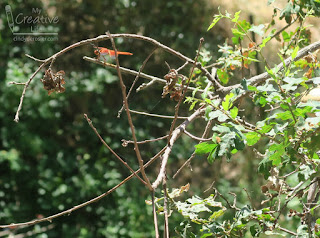 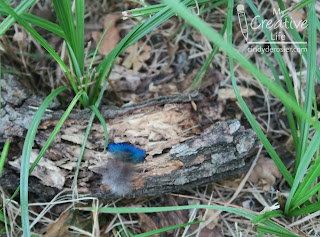 Look dead center at the first photo. Do you see the peacock? The close-up could have been used for moss (1 point), but I used it for circle (3 points). 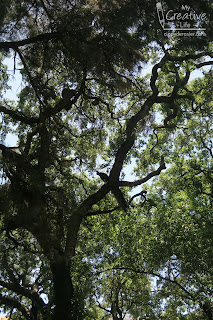 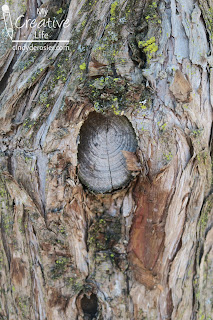 We had so much fun on our nature hike and scavenger hunt! I'm really going to miss my time with the fifth graders. As they all head off different directions for middle school, I hope they have fond memories of their fifth grade year. I know I will.
Email ThisBlogThis!Share to TwitterShare to FacebookShare to Pinterest