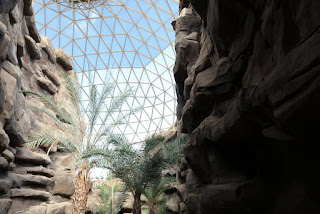 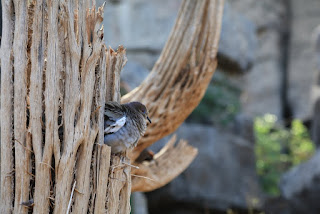 Our family received free tickets to the Henry Doorly Zoo, but at the full price summer adult admission of only $19.95, this place is a bargain. (Admission to the San Diego Zoo is $52.) Off-season rates (which is any time besides summer) are even cheaper, as are rates for kids, seniors, military, etc. Parking was free. 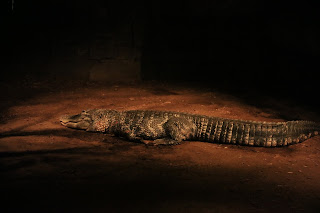 The desert dome and the indoor swamp were beyond anything I could have imagined. I loved the penguins, and the lemur area, and pretty much everything else. The Zoo makes fantastic use of space. For many of the exhibits, you could view them from multiple levels and/or different perspectives. Great care was given to the smallest of details. 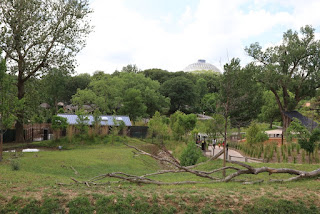 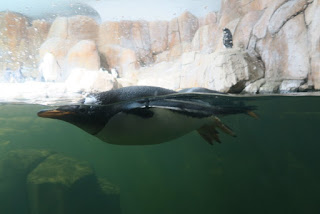 We were told to eat lunch at either the Durham TreeTops Restaurant or the Tusker Grill. We choose the TreeTops Restaurant and sat overlooking the world's largest indoor rainforest. We were thoroughly entertained by an energetic baby monkey, his mother's mostly-futile attempts to corral him, and the increasingly-low levels of patience the other monkeys had for the baby's antics. You might be able to spot the monkeys in this photo: 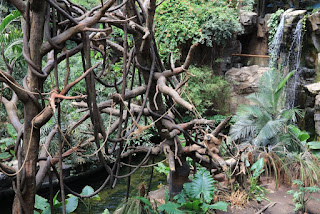 The only negative thing about our visit to the Henry Doorly Zoo was that it was ridiculously hot that day. This lion summed up how we felt looking at the outdoor exhibits. Fortunately, there are a lot of indoor exhibits, plus plenty of misters and a large water play area for cooling off. 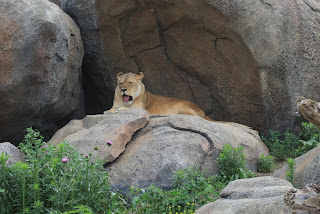 We spent over six hours at the Zoo and walked approximately 7 miles, but when we left there was still plenty of daylight and a lot more of Omaha we wanted to see. We headed to the Old Market to look around. Our favorite stop was Hollywood Candy / Fairmont Antiques and Mercantile. They describe themselves as "Not just a store... an experience" and that is the best way to explain it! 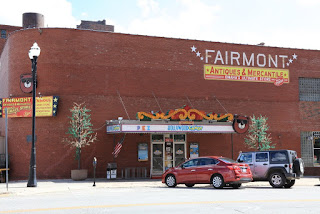 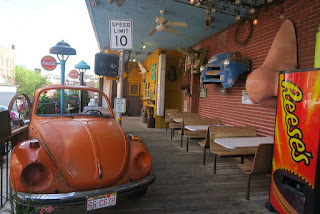 It's hard to know where to look because there is just so much to see. There are aisles and aisles of candy, then suddenly there's a wall of neckties... 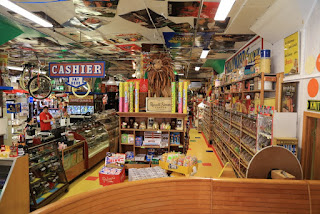 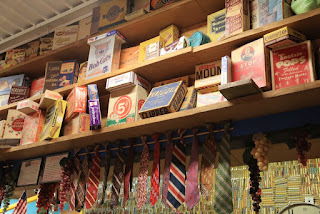 ... and then Elvis and a palm tree. And a wall of pens. And much more. Pretty much you name it, and it's there. Somewhere. 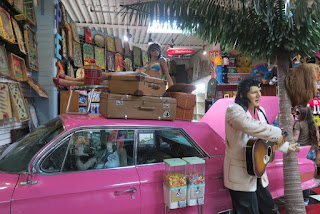 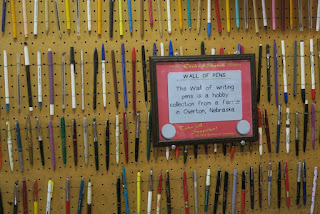 We had dinner at Upstream Brewing Company. Get the fried cheese curds. And the Smoked Gouda and Beer Soup. Actually, everything was fantastic. 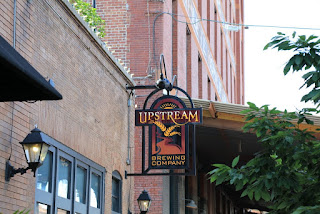 Our final stop for the day was at Heartland of America Park. The highlight is the 320-foot fountain. It's spectacular. 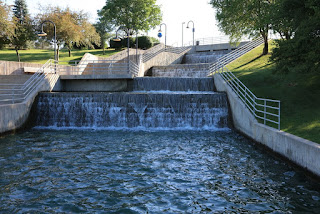 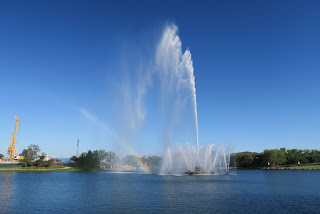 Before I started planning this Iowa/Nebraska trip, I had no idea how tourist-friendly the area is. We could have easily spent another two weeks and still not visited everything that interested us. Tomorrow I'll tell you about our final day in Omaha and the many wonderful places we packed into our busy day!
Email ThisBlogThis!Share to TwitterShare to FacebookShare to Pinterest
Labels: US Travel