Our next virtual trip through Little Passports took us to another state neither Trevor nor I have visited: Missouri. We'll make it there sometime between now and June 2024, of course! In the meantime, it was a lot of fun learning about the Show-Me State through science, puzzles, art, and cooking.

Trevor started by building the model of the Gateway Arch. 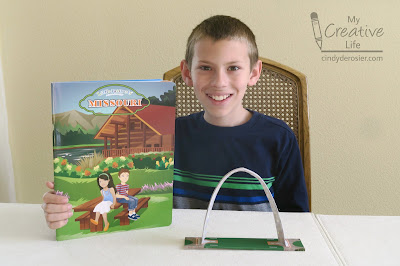 He figured out a number maze using math to learn that the Arch, which stands 630 feet tall, is made of steel and concrete. Then he solved a challenging dot-to-dot of the state insect, the honeybee. Trevor used the Morse code alphabet to decode a message about Missouri's state song, the Missouri Waltz.

Next, Trevor did a science experiment to learn how natural caves are created by water. Did you know that Missouri has more than 6000 caves, the most of any state? I had no idea. To begin, Trevor moulded white clay around sugar cubes to form a rough, rocky cone shape. 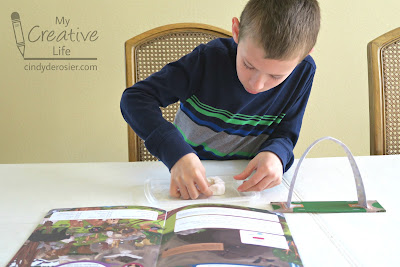 He put his cave in a tray and covered it with dirt. 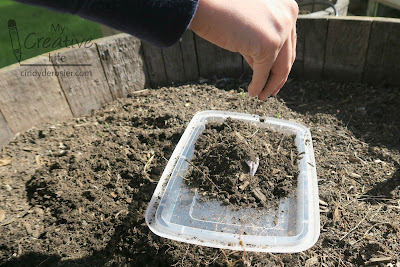 He simulated rain using a watering can. 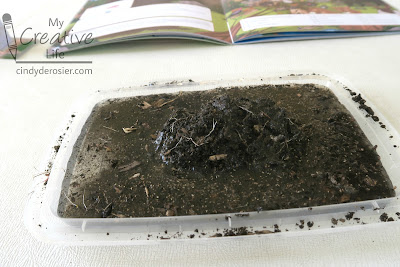 After 30 minutes, we returned to look at the cave. Just like water dissolves layers of sedimentary rock to form caves, water dissolved the sugar cubes and left a cave made of clay. Neat! (Unfortunately, the cave reminds me of a monkfish. Anyone else see it?) 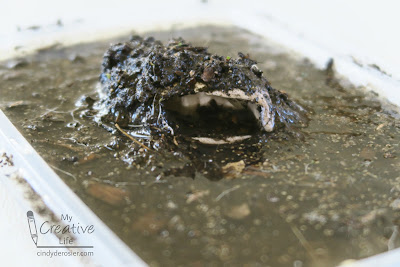 While waiting for his cave, Trevor worked on a jigsaw-puzzle activity about the Missouri River, aka The Big Muddy. As he worked, we reminisced about the sightseeing cruise we did along the Missouri during our Nebraska trip last summer. That was a really good trip.

We competed against each other, as we often do, to see who could find the most tornado-related words in the Missouri Word Twister. I won, but barely! We read about famous events in Missouri history, then Trevor completed a fill-in and unscrambling activity to learn about Missouri's state tree. It is the eastern black walnut, but in Trevor's messy handwriting it looks like he wrote 'eastern blue walrus' which totally cracked us up. I'm constantly on him not to be lazy when it comes to writing neatly, so it was a nice change to laugh about his bad writing!

We did a challenging hidden picture puzzle that had us finding animal species that live in the Ozarks. Then we learned more about the physical features of Missouri. We read about Kansas City's many fountains and solved a Venn diagram puzzle to find out the name of the only city in the entire world with more fountains than Kansas City (spoiler: Rome, Italy). I never would have guessed that Kansas City would have so many fountains!

Finally, we did a cooking project inspired by Missouri. The recipe in the State Journal is for fairy floss, served at the 1904 World's Fair in St. Louis. But we were more interested in another food that became famous after the 1904 World's Fair. Here's Trevor, adding vanilla to eggs, sugar, and salt. Can you guess what we made? 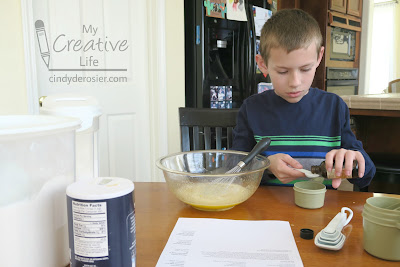 Did you say ice cream cones? If so, you're right! Well, sort of. It turns out that rolling searing hot wafer cookies into cones and pinching the ends is too difficult for both Trevor and me, so we pushed our hot cookies into muffin tins and made ice cream cone bowls instead. Much easier and much kinder on our fingers! And just as tasty. 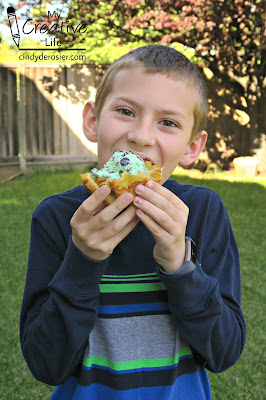 Trevor and I had a wonderful time together learning all about Missouri. Thanks, Little Passports!