It only takes about 20 minutes to stitch a lemon slice felt coaster. It's a great project for child who is new to sewing. I love how cheery it is! Affiliate links below. 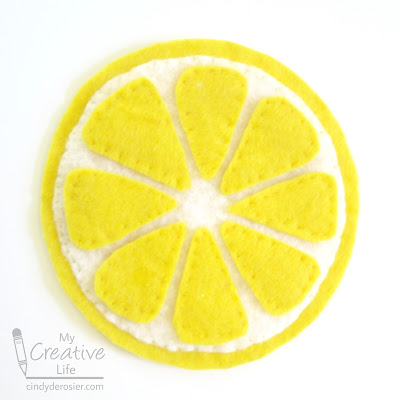 Set the large yellow circle and the white circle aside. Fold the smaller yellow circle in half, then cut along the fold. Cut each half into half again. Finally, cut each quarter in half. You will have 8 triangles. Snip each triangle so that the edges are rounded. Space them evenly on the white circle, trimming if necessary so that they resemble the segments of a lemon. 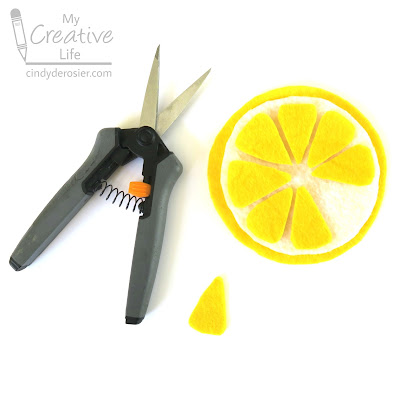 Use a very short running stitch to sew the segments to the white circle. Start at the tip of one segment, work around it until you reach the tip again, then scoot over to the next segment. 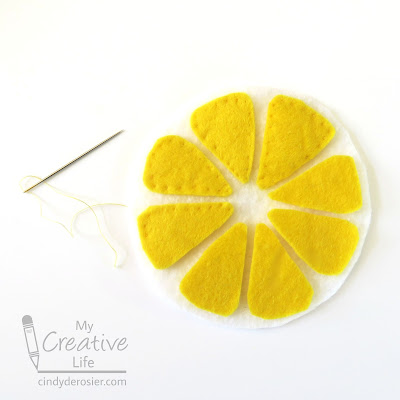 Use the same short running stitch to attach the white circle to the large yellow circle. That's all there is to it! 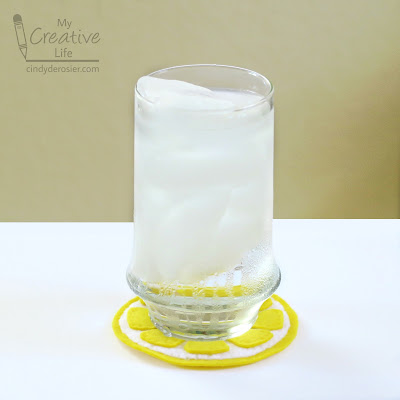 This project could also be done on a sewing machine and would give a beginner lots of practice turning and stopping and starting. I could definitely use the practice, but I'm going to stick to hand sewing.
Email ThisBlogThis!Share to TwitterShare to FacebookShare to Pinterest
Labels: coaster, Crafts for Kids, felt, lemon, sewing