Trevor's Scout troop has conducted their weekly meeting virtually on Zoom every Wednesday since March 18. They had weekend backyard camping events in April and May, participated in merit badge classes, and held games days. It's been far from ideal and everyone misses being able to get together in person, but the leaders (both adult and Scout) are both doing their best to keep the troop active.

About half of the Scouts use virtual backgrounds during our meetings. Trevor usually uses a photo from last year's trip to Monaco. Others use equally random pictures. I decided to make virtual backgrounds for each Scout that highlights his rank. Not only will this help our newest Scouts know what rank each person holds, but I'm hoping that it will motivate everyone to work toward their next rank. We were not able to hold our usual Spring Court of Honor as scheduled, which means rank advancements haven't been formally recognized since the Winter Court of Honor. I'd love to see a large number of our Scouts rank up before our Summer Court of Honor in August. We're committed to holding it one way or the other, even if we have to get really creative to do it safely.

Anyway, here are the virtual backgrounds. There are seven ranks in Scouting, starting with Scout. The patch shows the BSA fleur-de-lis. 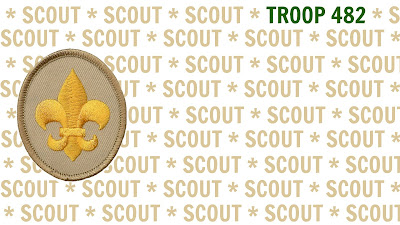 Next, a Scout earns Tenderfoot. An eagle is added to the fleur-de-lis. 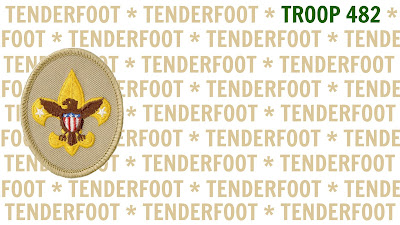 The third rank is Second Class. The patch features the Boy Scout Motto: Be Prepared. 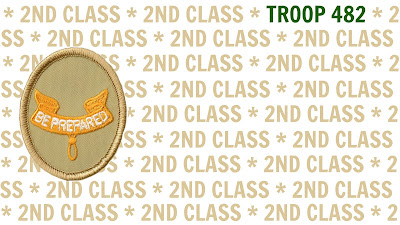 The fourth rank is First Class. The patch combines the previous elements into one to show that the Scout has learned the skills of all four ranks. A Scout is considered a fully-trained outdoorsman once he has earned First Class. 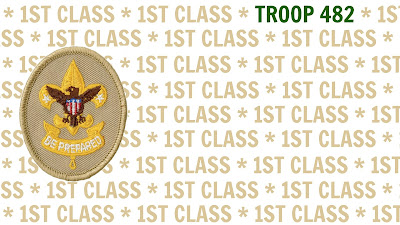 The fifth rank is Star. The patch shows the First Class symbol placed over a star. This is Trevor's current rank. He has been with the troop since March of 2017, to give you an idea of how long it takes an active Scout to rank up. (Look how tiny he was back on his first day as a Boy Scout three+ years ago!) 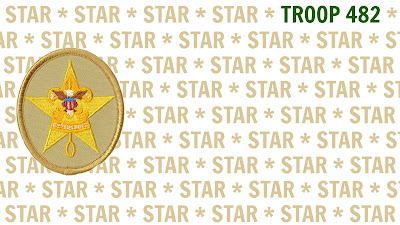 The sixth rank is Life. The patch has the First Class symbol placed over a heart. The requirements to earn Life are all about leadership within the troop, service to the community, and earning merit badges. Fun fact: Steve, my dad, and Steve's dad all reached the rank of Life back in their respective Boy Scout days. 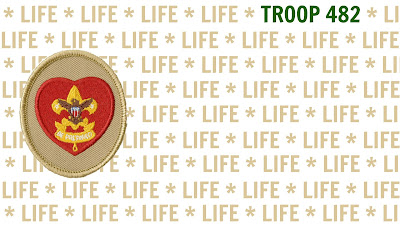 The final rank in Scouting is Eagle. I'm guessing most of you have heard of it. It's a big deal. 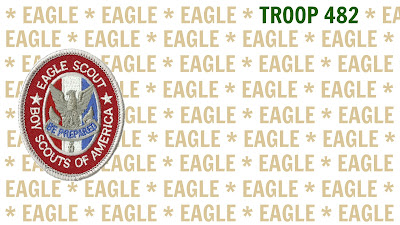 Of course, a Scout troop can't operate without dedicated adult volunteers, including the Scoutmaster and his Assistant Scoutmasters.... 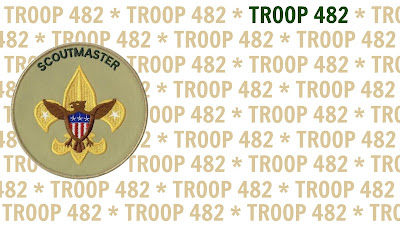 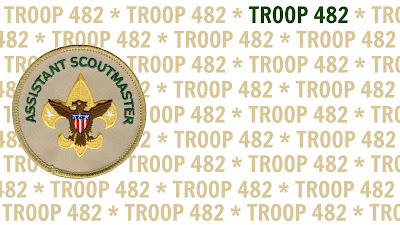 ... and the Troop Committee Chair (Steve) and Committee Members (me, and seven others) 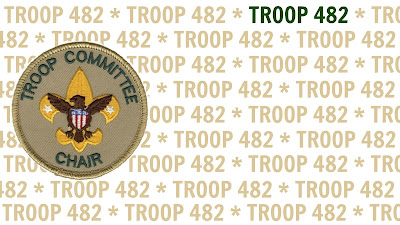 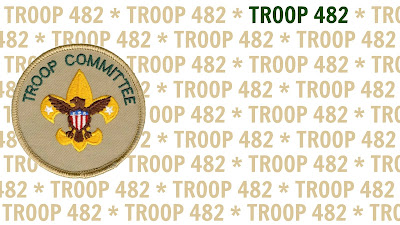 I made the virtual backgrounds using PicMonkey. So far, they're a hit with the Scouts.