Today's project combines three things I love: drawing, colored pencils, and name art. I chose to draw a tower of six blocks (and added a star to deal with my 5-letter name). The directions below explain how to draw a six-block tower. If you have a shorter name, draw fewer blocks, add your last initial, or modify it some other way. If you have a longer name, add another set of blocks to the tower, use a nickname, or just use your initials. 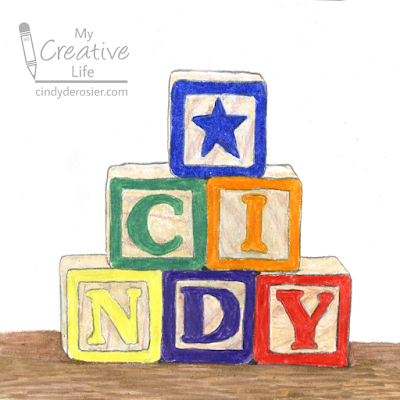 Draw a horizon line toward the bottom of your paper. Draw a tower of six squares on top of the line. 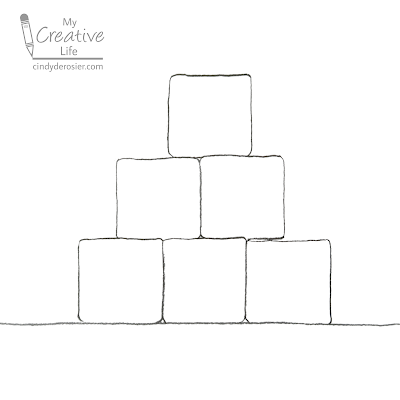 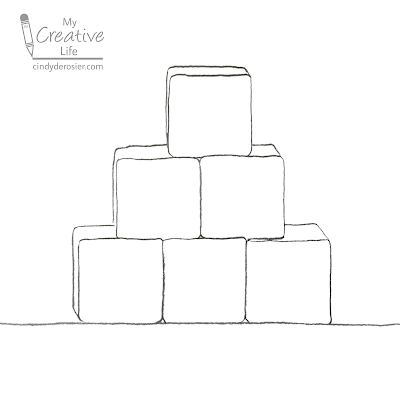 Add a second square inside each square. 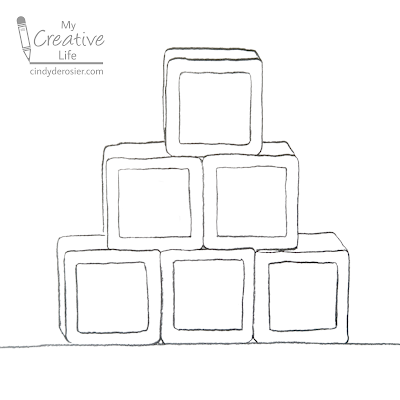 Using the photo reference, add the letters of your name to the blocks. 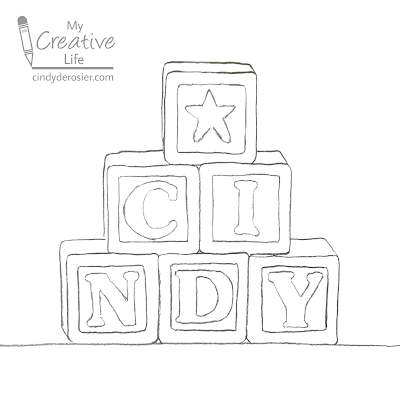 Now it's time for coloring! Use primary colors for the letters and the borders on each block. Use wood tones for the other parts of the blocks. I tried to add a bit of grain to emphasize that the blocks are wooden. Finally, color the tabletop where the blocks are sitting.

Instead of a drawing, you can make the real thing by gluing alphabet blocks together, like this. It would look adorable on a bookcase or desktop.
Email ThisBlogThis!Share to TwitterShare to FacebookShare to Pinterest
Labels: alphabet block, colored pencil, name art, Prismacolor