Our cruise ship docked at Icy Strait Point, Alaska, on Thursday, June 30, 2022. As I mentioned earlier, this was our second time visiting the port. The previous visit was in 2007, when Trevor was 13 months old. 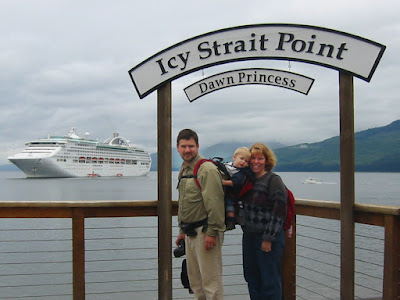 During that visit, we toured the small museum, took a nature walk, played with rocks by the shore, and learned about Haida rituals around a campfire. 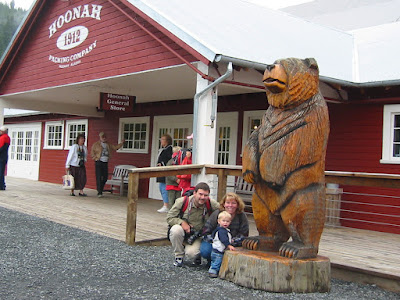 I looked for photos from our day in port in 2007 and obviously found the two I posted above, but I was distracted by all the adorable photos of Trevor on his first cruise. One of my all-time favorite photos of the three of us was from that night. It sits on our mantel. 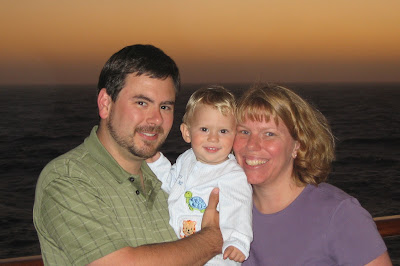 And this one of Trevor learning to play shuffleboard will always make me smile. He was obsessed! 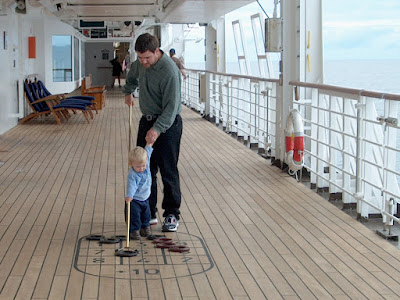 That photo, in turn, reminded me of the time I won second place in a Princess Cruises' photo competition with a picture of 20-month old Trevor playing shuffleboard....
-----
But enough about the past. What had changed at Icy Strait Point in 15 years besides Trevor's height and my weight? A lot. First, there is now a proper dock. Being able to walk on and off the cruise ship is huge. With tenders going back and forth, there's a lot of waiting, both for the boat and on the boat. If I board too early and the boat bobs around while others board, I'm almost sure to get seasick, which is no fun for anyone. I've actually skipped going ashore in some ports where the ship has to anchor and transport passengers by tender. That short choppy boat ride can mean hours of misery for me. 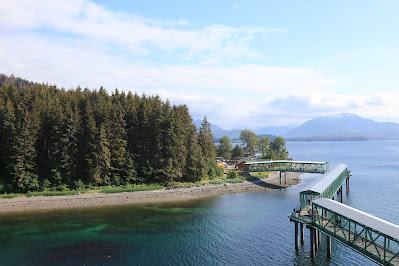 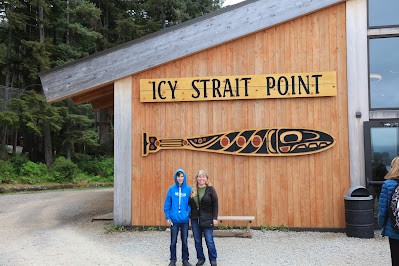 There is a LOT more to do now. Restaurants, kayaking, theaters, a ropes course and zip line, hiking, and two gondolas, just to name a few. 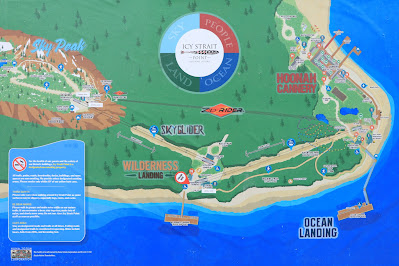 The nature trail that we enjoyed last time is longer now... 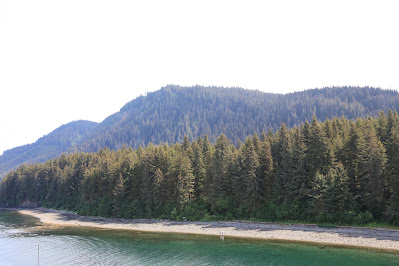 ... and had a lot more bear warnings than I remember. We found plenty of evidence of bears, but didn't actually see any. 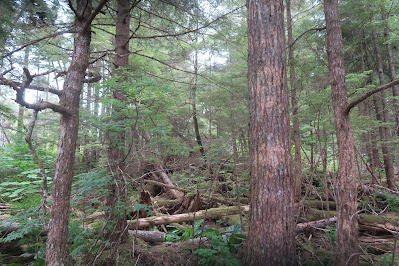 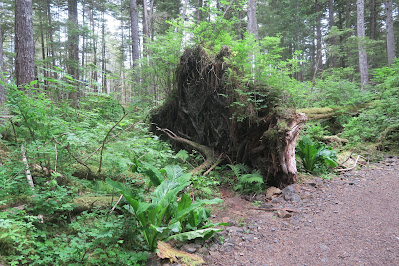 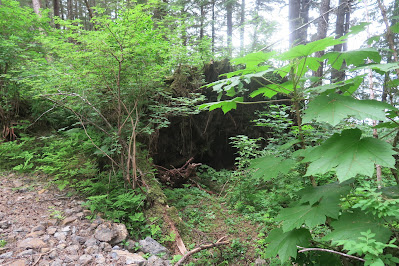 The museum was much larger and more extensive than before. It does a great job of explaining the history of the area. 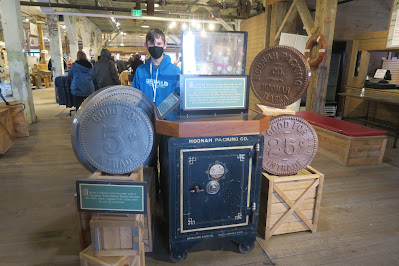 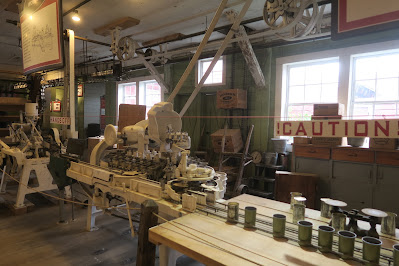 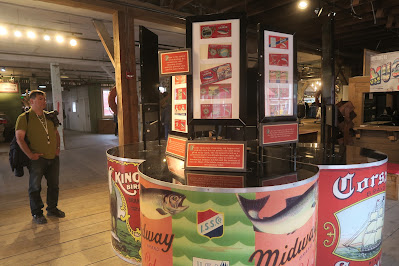 The many gift shops were nice, too. They had a wide variety of items for sale. 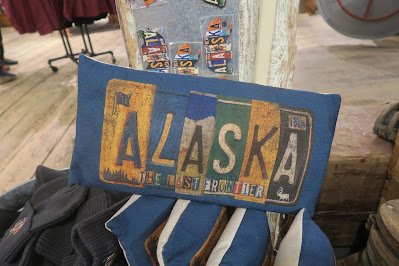 There was also a lot of art on display. I want to make my own projects, inspired by these: 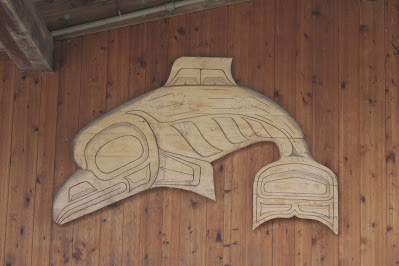 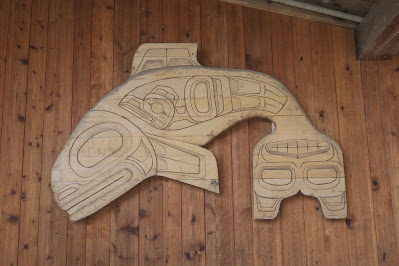 As I mentioned, there are two gondolas. The lower one is free and takes you to the base of the upper one. The upper gondola is pricy ($50). Only Brian, Mom, Allison, and Trevor rode that one. 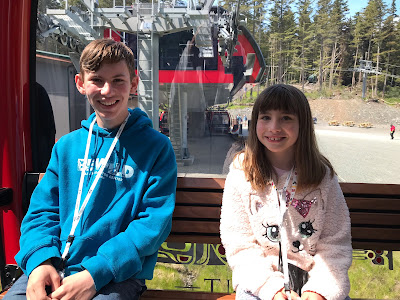 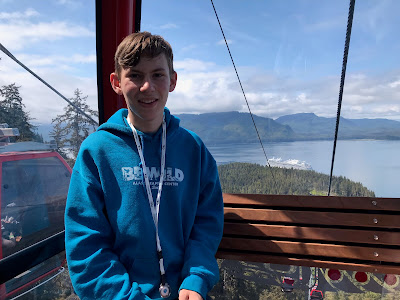 At the top, they checked to see if Allison was big enough for the zip line (no). They were hoping to walk the nature trail, but it was closed due to bear activity. I'm unclear on the details since I wasn't there, but it sounded like all hiking had to be in guided groups of at least 10 due to bear danger. Once again, Brian missed out on seeing a bear. He also missed getting mauled, so it balances out.
There's plenty to see and do at sea level. It's a neat place. 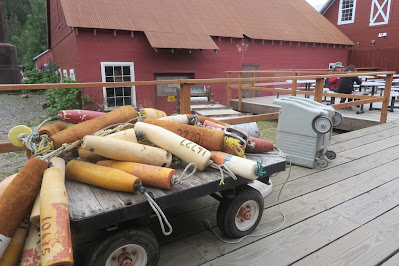 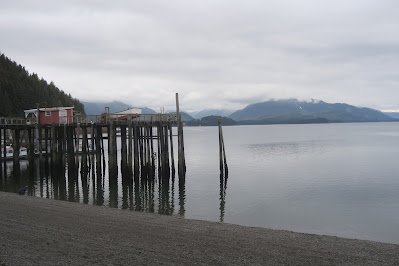 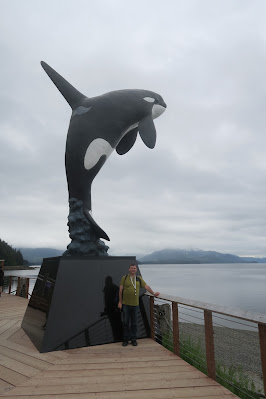 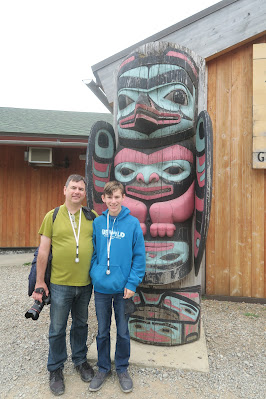 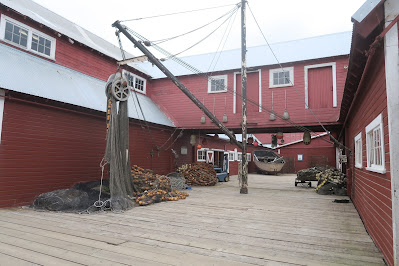 After Icy Strait Point, we had a full sea day, then the brief stop in Victoria before disembarking in Seattle on Sunday, July 3. You won't believe how much we packed into that day. I'll tell you all about it tomorrow.
Email ThisBlogThis!Share to TwitterShare to FacebookShare to Pinterest
Labels: Alaska, Allison, Cruises, Memory Lane, Steve, Trevor, US Travel