The assignment on Day 2 of Kidding Around was to make your own popsicles or ice cream. Trevor chose to make ice cream. I keep half-and-half in the freezer so that we can make ice cream on a whim, so we pulled it out to defrost. Trevor noticed raspberries in there and decided he wanted to make a raspberry ice cream. Then he noticed lemons on the counter and announced that we'd be making a raspberry and lemon ice cream... lazzberry ice cream!

Here's our finished ice cream. The ice cream itself was pale pink with yellow flecks. We added raspberries and more lemon zest to the top. 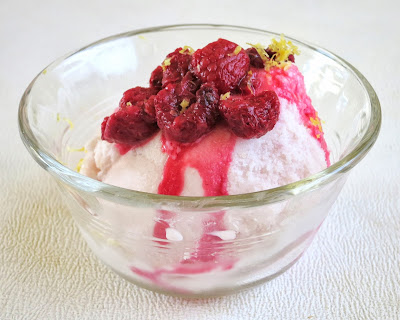 Trevor was SO proud of his creation. Even before he tasted it, he was convinced it would be the best ice cream ever. 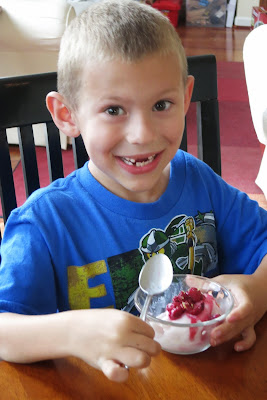 The verdict? Two immediate thumbs up! 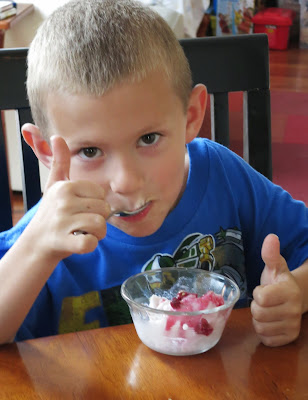 Here's the journal entry Trevor did. He was in a bit of a rush with the writing and made some spelling mistakes in pen.  I showed him how to cut a scrap of paper to cover the mistake. 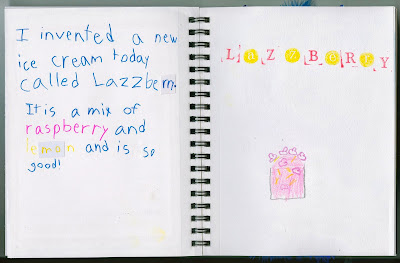 Here's my journal entry.  The recipe is in my journaling so that we can make this again. Lazzberry ice cream is SO good! 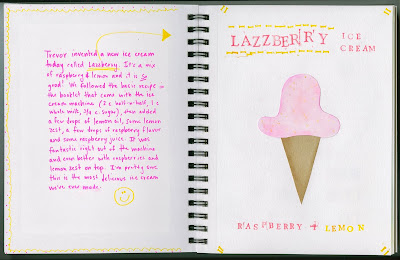 Two days in and we're loving Kidding Around!