Not surprisingly, when Trevor had his first valentine exchange (with his MOMS Club friends) at age two, I helped him make his own. He used the warming tray to melt crayons on paper, then I punched out hearts.  He cut random pieces of paper, glued everything together, added stickers, and was thrilled with his masterpieces (which, unfortunately, I did not photograph). 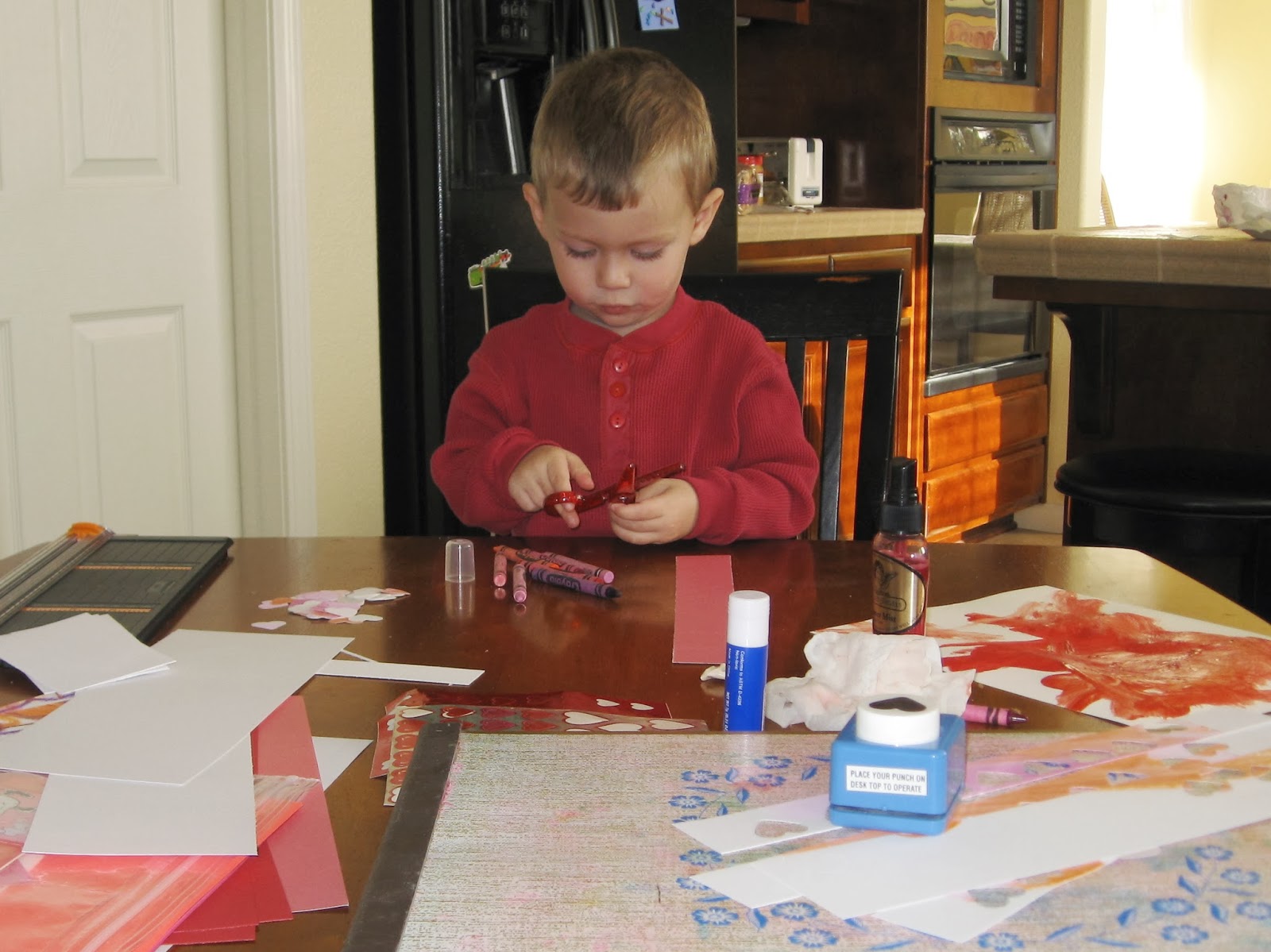 When Trevor was three and in preschool, we attached stamped cards to crazy straws to give to his classmates and playgroup friends.  He spent a long time carefully choosing which friend would get which card, then writing out his friends' names and signing his own. 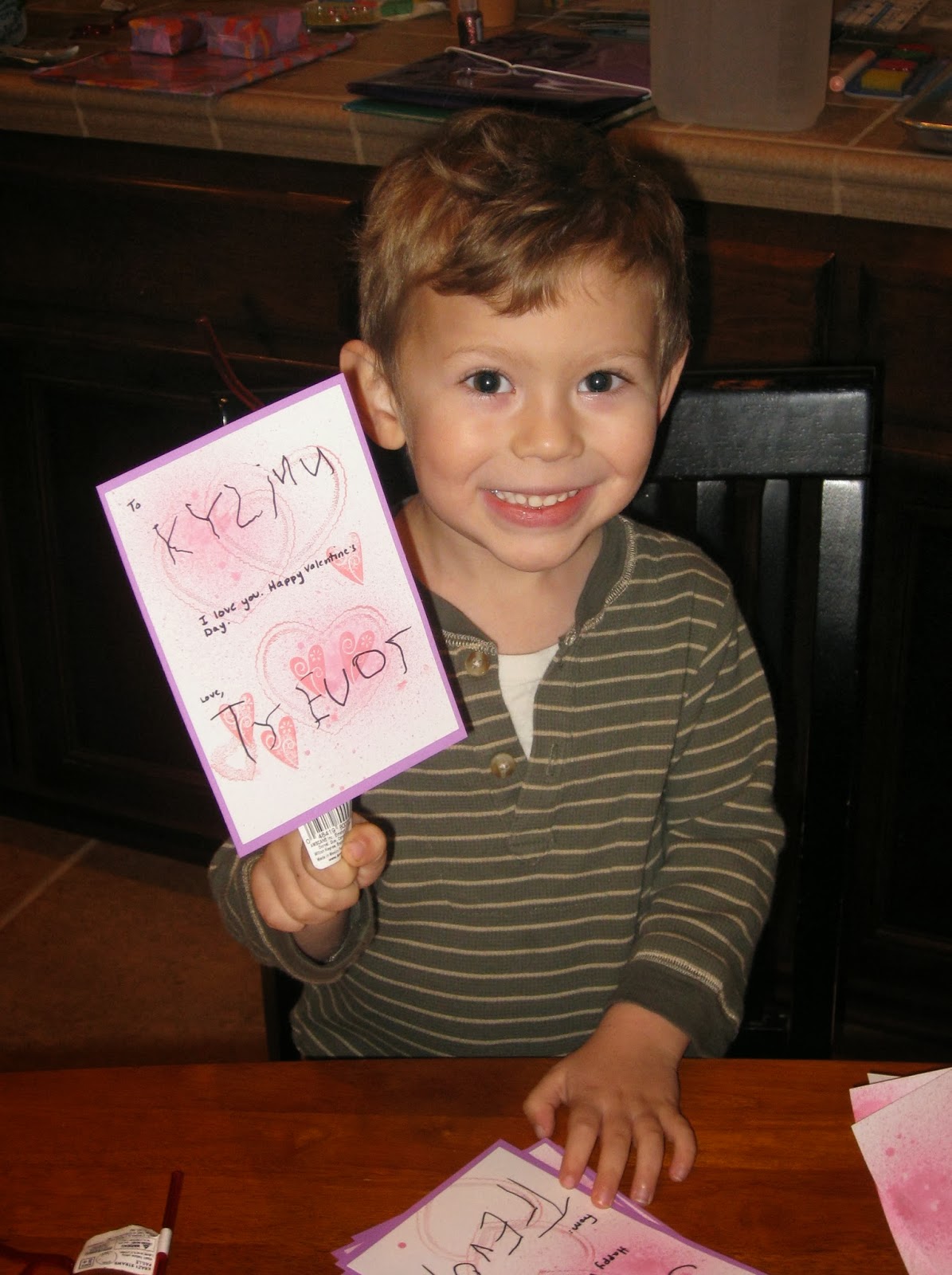 When Trevor was four, we punched hearts, placed them on cards, spritzed with Glimmer Mist, removed the hearts, stamped the sentiment, and then he carefully wrote out his friends names and signed his own. 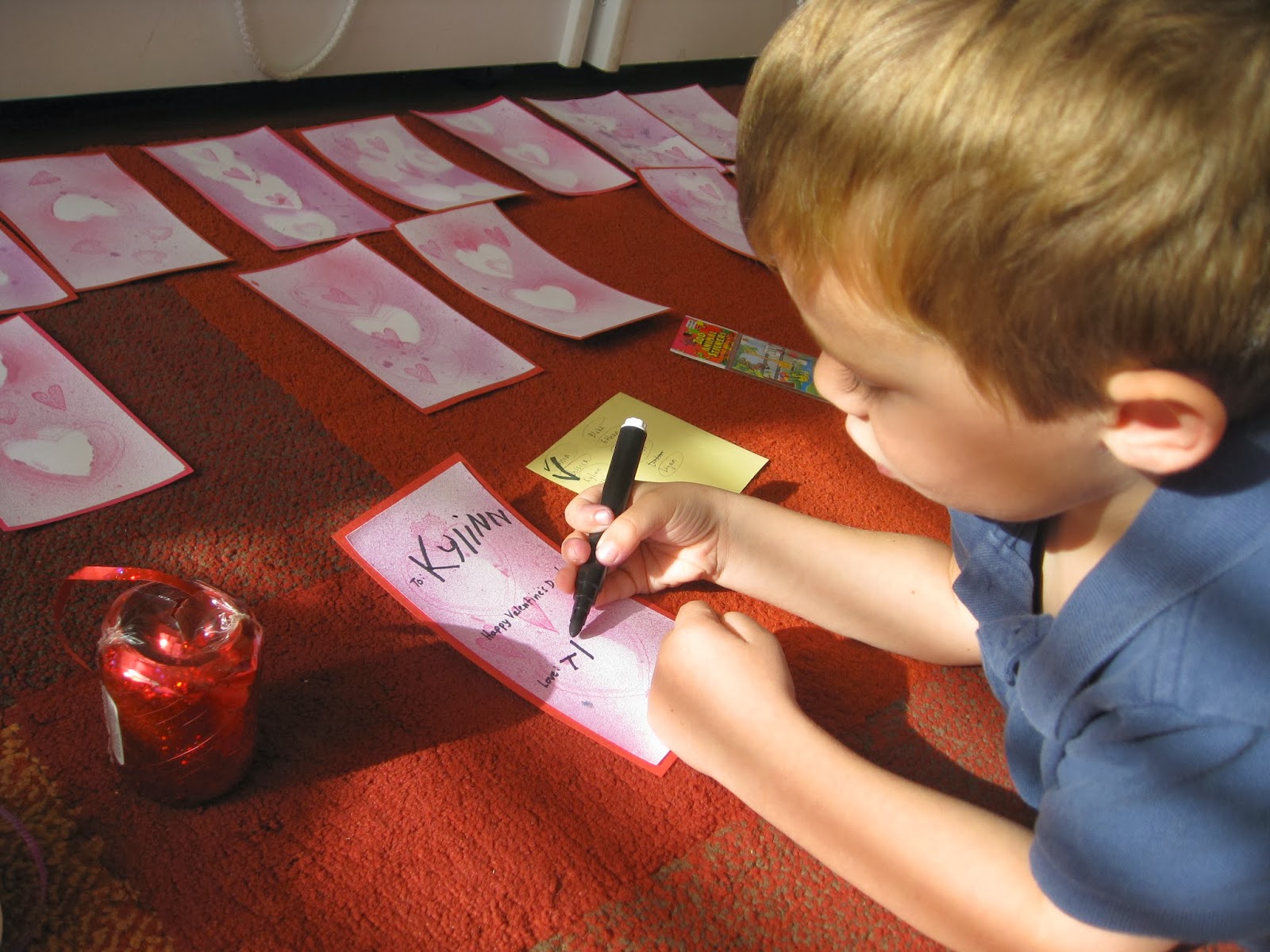 Then, in kindergarten, Trevor came home with a note saying that all the kindergarteners would be addressing valentines in class as one of their writing stations.  We were supposed to send an unopened box of purchased valentines.  Purchased valentines.  Ugh.  I was actually pretty upset about it, but took him to buy a box.  I can't even remember what he chose.  He did make a few valentines for non-school friends and family, but I didn't take a picture.

In first grade, I asked Trevor's teacher early about her valentine policy.  Trevor really wanted to make bunny-themed valentines, so I was hoping that purchased valentines wouldn't be required. Fortunately, homemade was not only acceptable but encouraged.  Yea!  Back to homemade valentines.  Trevor made these awesome bunny valentines. 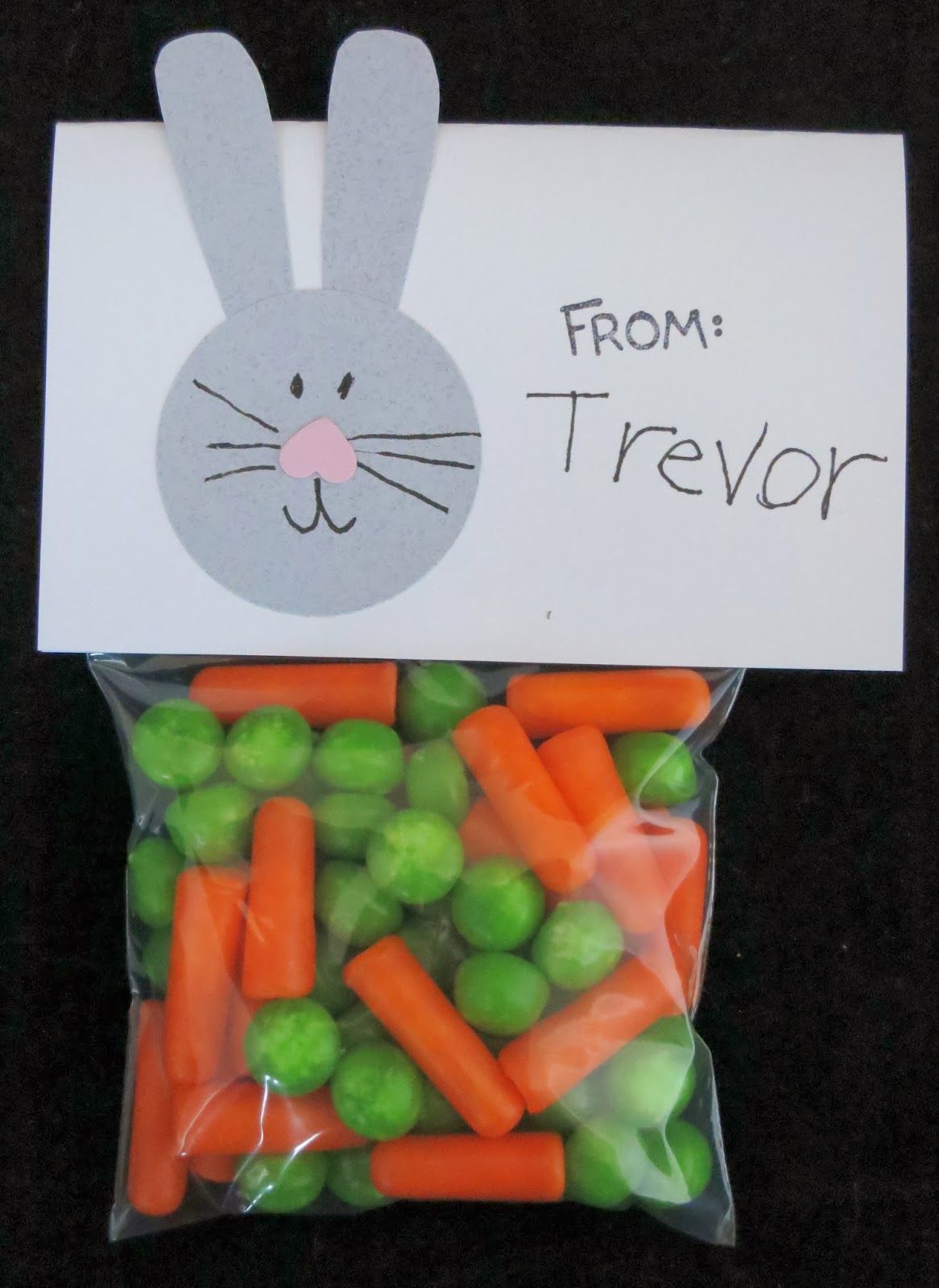 This year, I asked Trevor what he wanted to do for his valentines.  I was hoping he'd choose homemade, but it's his choice to make, not mine.  Tomorrow I'll share what he decided.

What about you?  Did you make homemade valentines growing up?  Do you now?  What about your kids?
Posted by Cindy deRosier at 5:00 AM