My Version of Trevor's Chopped Challenge

When you watch cooking shows like Chopped, half the fun is thinking about what you would make if you were faced with the same exact challenge.  When Steve and I chose Trevor's Chopped ingredients, we each had ideas of what direction we thought he would go and how he would use the ingredients.  We were surprised when he went a different way.  I don't think anyone could have predicted those nachos....

Anyway, there was enough of each ingredient left over for me to use them to make dinner the following night.  I went the (obvious, I thought) direction of an English muffin sandwich. 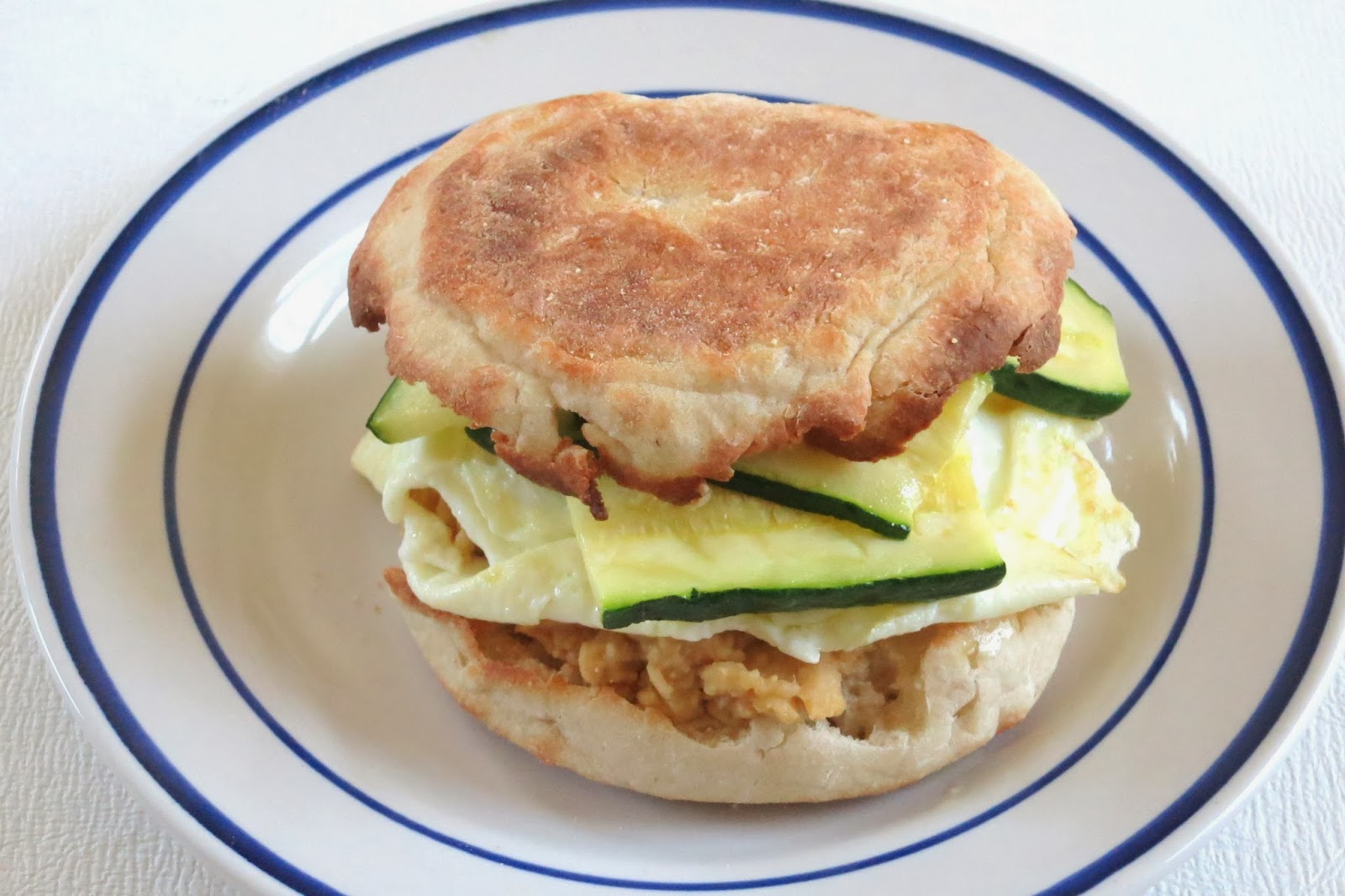 I started by slicing the zucchini thin and sauteeing it in butter over low heat.  While that was cooking, I mashed the garbanzo beans and added pepper, olive oil, and a splash of balsamic vinegar, then spread that on the toasted English muffin.  I fried an egg over-easy and then assembled the sandwich.  If we'd had them on hand, I would have roasted some eggplant, red bell peppers, and/or tomato to add.  A slice of fresh mozarella would have been fabulous too. But even without those, it was a delicious sandwich.  The nuttiness of the garbanzo spread went perfectly with the zucchini and the slightly runny yolk was a nice sauce for the sandwich.  I think I'll make it again in the summer when I can harvest a variety of veggies from our garden.

Your turn!  What would you have made from zucchini, garbanzo beans, eggs and English muffins?
Email ThisBlogThis!Share to TwitterShare to FacebookShare to Pinterest
Labels: Cooking Competition