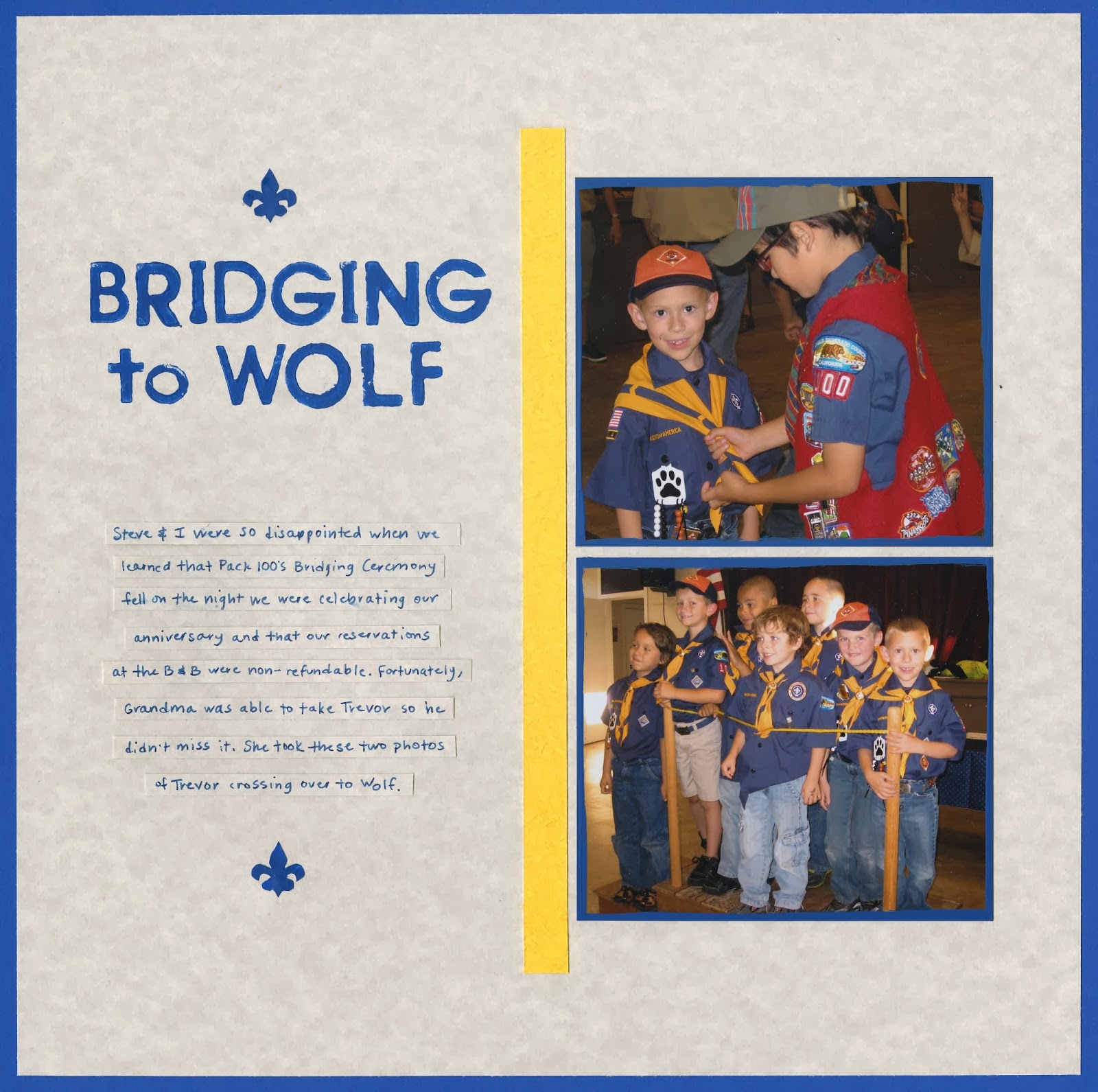 For the record: Steve and I will both be there later this year when Trevor bridges from Wolf to Bear.  It doesn't conflict with our anniversary.  Instead, it's on Trevor's birthday!
Email ThisBlogThis!Share to TwitterShare to FacebookShare to Pinterest
Labels: Cub Scouts, Layouts