Ready for the Olympics!

I first learned about curling a few Olympics ago. A lot of people in the media had some not-nice things to say about the athleticism of curling, but I thought it looked really cool and I enjoyed watching the coverage. During the 2010 Olympics, our local skating rink announced they would be offering free curling lessons to anyone who was interested. I found a babysitter and Steve and I headed out for a what would be one of our most fun and memorable date nights ever. Curling is an absolute blast. If you ever get a chance to try it, go for it.  Just know that it is, like most things, much harder than it looks. Anyone who dismisses curling or thinks it doesn't belong in the Olympics has probably never tried it.

Here's the layout I made with pictures from our curling date: 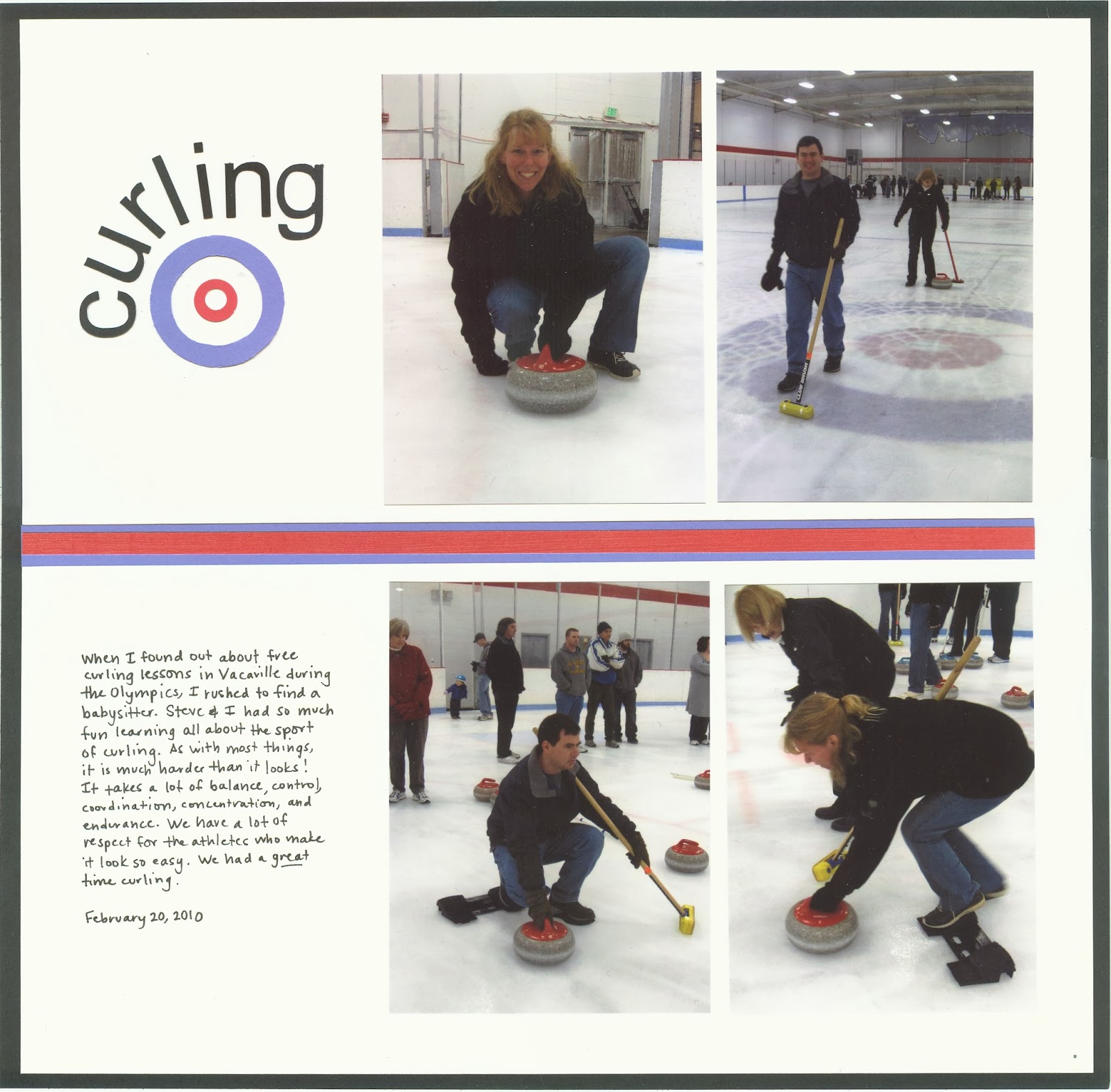 Tomorrow I'll share an Olympics-related craft.
Posted by Cindy deRosier at 5:00 AM