Trouble turned five last week. That morning, Trevor announced that his new favorite number is five. It was four before that and three the previous year. He is confident that his favorite number will always be Trouble's age. He adores that rabbit. We do, too.

For Trouble's previous birthdays, we've made a variety of rabbit-safe treats following other people's recipes. This time, Trevor and I decided to make up our own recipe. After four years with Trouble, we have a good idea of which foods are rabbit-safe, which should be given in moderation, and which should never be given. 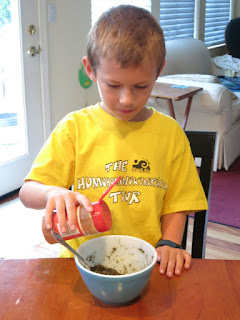 We started by mashing half of a very-ripe banana. Then we added about 2 T. of ground up pellets, some hay dust and small bits from the bottom of the hay container, about 1 tsp. of dried peach and pineapple chopped into tiny bits, and a tiny dash of cinnamon. 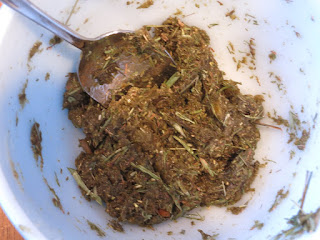 After it was thoroughly combined, we formed the dough into six cookies and baked them at 200° for about 20 minutes, flipping them once. 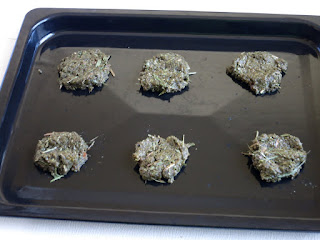 You can bake them longer to allow more time to dry out if you prefer, but we wanted them soft and moist. We're storing them in the refrigerator since they aren't fully dried. Here's a finished bunny cookie: 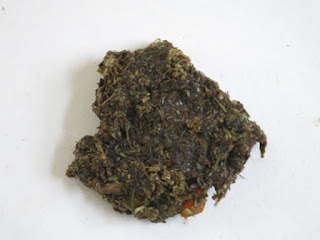 So how did the birthday boy like them? I'd say he was a fan.

Trouble is a medium-sized rabbit (six pounds), so he can have one of these cookies a day. Smaller rabbits should have less, obviously. And this takes the place of other treats for the day.