Before getting to today's post, I want to remind you that today is the last day to comment to win a 3-month subscription to Little Passports! Don't miss it! Go here to leave a comment.

Yesterday, I mentioned working on a Cinco de Mayo round-up for my Fun Family Crafts job. When I linked to the post about my job, I realized I hadn't mentioned my job or shown the round-ups I've been making since September. Time to fix that!

I can't believe I haven't mentioned it, but I was promoted to Editor of Fun Family Crafts in January. My responsibilities are mostly the same, with a few more things added in. Basically, I do the day-to-day editing and scheduling, I answer questions from submitters, and I recruit awesome crafters to submit their projects. (You, perhaps?! If you have a kid-friendly craft tutorial on any topic, submit it here: http://funfamilycrafts.com/submit-a-craft/ and there's a good chance I'll feature it and drive some traffic your way!)

The workload at Fun Family Crafts is very seasonal. As you might imagine, we get a ton of submissions before major holidays. We also get a lot of submissions before days you might not consider holidays, but are major in the world of kids' crafts... like Dr. Seuss Day. During those time periods, I'm really busy with editing and scheduling. When things slow down, I switch over to maintenance and promotion tasks, such as cleaning up the search tags and creating craft round-ups. I was going to show all the round-ups I hadn't already shared in this post until I realized how many I've done! Waaaay too many for one post! Today I'll share just the ones from fall.

Let's start off with Leaf Crafts. We have over 130, with a pretty good split between crafts made from leaves and crafts made to look like leaves. My favorite by far is the bouquet of roses made with leaves. So creative and absolutely gorgeous. 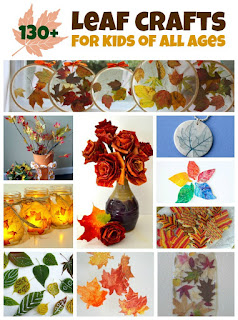 I really enjoyed putting together the Peanut Butter Crafts Round-up. Two of mine made the Top 10 cut. Do you recognize them? 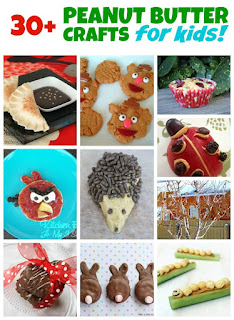 We have less than 20 elephant crafts, which is usually the cut-off for a round-up. But it's a commonly searched craft on the site, so I included it. Elephant crafts are on my list of "always on the lookout for..." 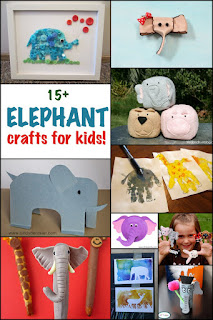 The round-up of clock crafts was one of my least favorites to do. For each round-up, I try to get as much variety in the highlighted projects as possible. With only 20-some clock crafts, it was hard to pick 10 that represented a wide range of crafts, since many of them looked very similar. But the Won Ton Clocks are awesome enough to make up for that. 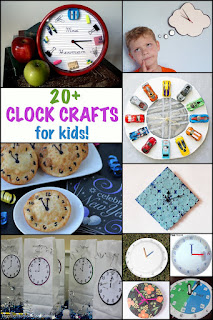 Next, Popcorn Crafts. The tricky thing about this was not including anything that was blatantly holiday-specific. People craft with popcorn year-round, but they don't tend to make popcorn Christmas trees or Frankensteins year-round, so the round-up should reflect that. I did end up highlighting the popcorn Halloween costume, because how could I leave it off when it is so cool?! 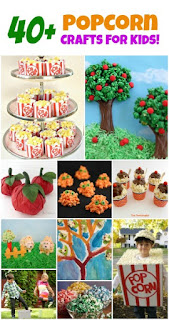 Finally, Pilgrim Crafts. Oddly, I have never made a pilgrim craft. Except as a kid, that is. But with over 40 on Fun Family Crafts, it's not a category that's hurting for options! 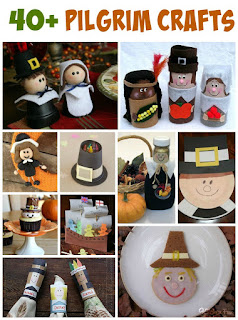