Here are the final events from our Family Olympics 2016.

For the swimming event, I gave each contestant an index card. Using absolutely nothing but the card and their hands (no scissors, knives, teeth, nail clippers, pencils, or anything else), they needed to shape their card into something that swims. As they asked clarifying questions (does it have to be an animal? does it have to be in salt water?), I amended my instructions to say that they could make ANYTHING that swims or dives, that it did not need to be an animal, nor something in salt water. This was my example: 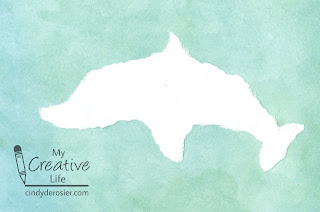 I was so impressed with what they made and amazed that there were no duplicates. This is Timothy's ray. I love the dimension and the ripples of the wings. 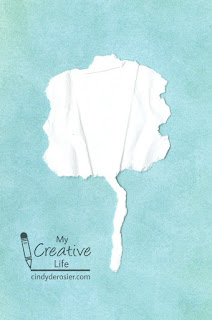 This is my mom's crab. She claims to be such a bad artist, but this is really good! 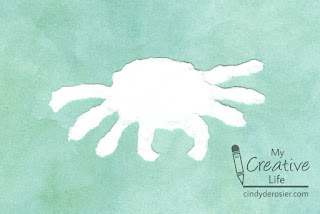 This is Kari's clam. It's hinged open, which didn't scan well. 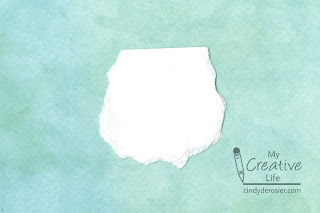 Judy made a mermaid. Mind blown. 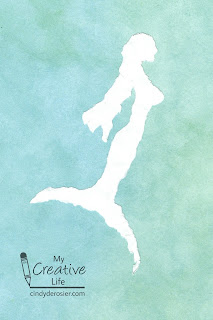 Trevor made an otter laying on its back. This is another one that didn't scan well because of the dimension. His paws are holding a clam on his belly. 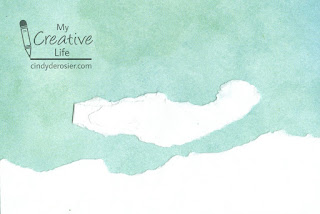 Brian made a seahorse. This is another of my favorites. 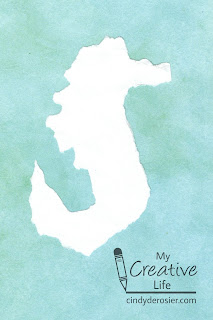 Dad made a dimensional turtle. The scanner compressed it, giving it the roadkill look. In real life, the turtle's legs are beneath his body. 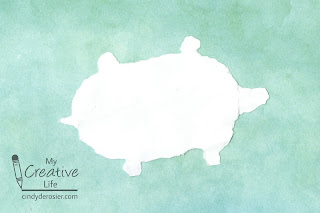 Steve made this incredible submarine. I didn't watch him make it and didn't know what he was planning to create, but I could have picked this as his from hundreds of entries. It is SO Steve to make a submarine. 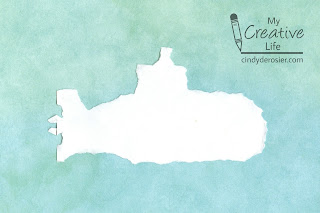 This was pretty much impossible to judge. I ended up awarding Judy, Brian, Steve the top points with Timothy and Mom close behind. The others scored well too. Like I said, I was really impressed.

For the rowing event, my mind immediately went to putting things in a row. I chose for them to play Phase 4 of the card game Phase 10 (affiliate link), another family favorite. It was sudden death style. Whoever didn't make their phase after the first hand would tie for last place. The remaining people would compete until eventually two remained. The first to make their phase would earn the gold. 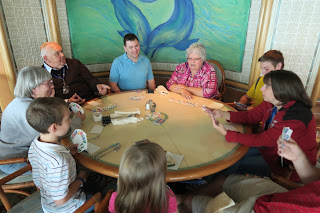 Unfortunately, I didn't explain the rules as clearly as I should have, as there were some who didn't understand the sudden death part the same way I'd intended it. After discussion, we continued with the way I'd intended. Judy took the gold, Steve took silver, and Timothy took bronze.

Our final event was weightlifting. As in, waiting ('weight'ing) for an elevator (aka, a lift). I announced that I would be leaving the dinner table (on Deck 5) immediately after eating, pushing the button for the elevator, and taking it as high as it would go (Deck 14). I would start the timer as soon as the elevator doors closed on Deck 5 and would stop it as soon as they opened on Deck 14. The goal was guessing how long that would take.

This was trickier than it seems, especially for those who hadn't taken the elevator the entire cruise and had no idea how long it would take. My family almost always takes the stairs; it's a point of pride for Mom in particular that she NEVER takes the elevator. (Me too. What better way to justify multiple trips to the buffet than doing a dozen flights of stairs each time I go?) There was a lot of discussion. How many times would the elevator stop? Would people hold the doors open waiting for others? Each person made their calculations and submitted a guess. I got in the elevator and pushed 14. 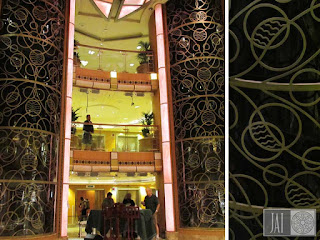 People got on at Deck 6 and again at Deck 7. Then as the door was about to shut, someone else jumped in. And then we went up. It took 1 minute 7 seconds to reach Deck 14. Brian had the closest guess (1:00) and took gold. Dad took silver with a guess of 0:53. Steve's guess of 1:25 was next. Interestingly, Mom's guess (2:30) was the worst. Not surprising, since she never takes the elevator!


I totaled up the scores and announced the winners. Earning the bronze... Brian! The silver goes to... Kari! And Steve came home with the gold! 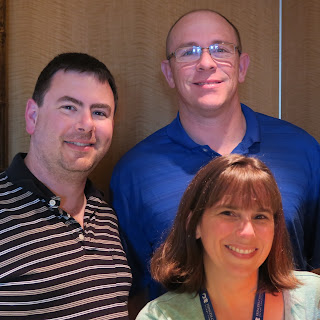 Congratulations and thanks to everyone for another excellent Family Olympics!
Email ThisBlogThis!Share to TwitterShare to FacebookShare to Pinterest
Labels: Crafts for Kids, Family Olympics