I've made another name art project. 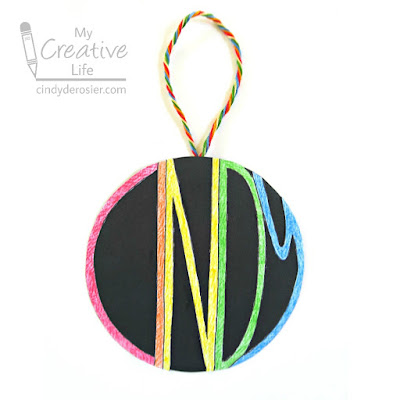 Yes, I know I already have a lot of name art projects. What can I say? I love name art. Someday, years from now.... 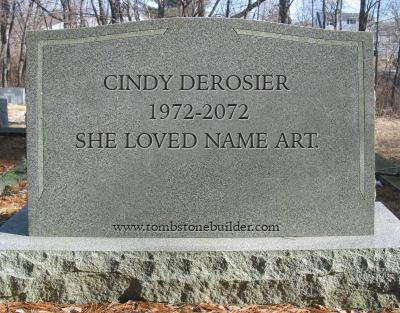 Anyway, here's the tutorial. I made mine as a rainbow ornament, but obviously you can use whatever colors you'd like. Affiliate links below.

Trace a circular object once on white cardstock and then twice on black cardstock. The size doesn't matter that much - use a saucer or a roll of masking tape or whatever else is handy. 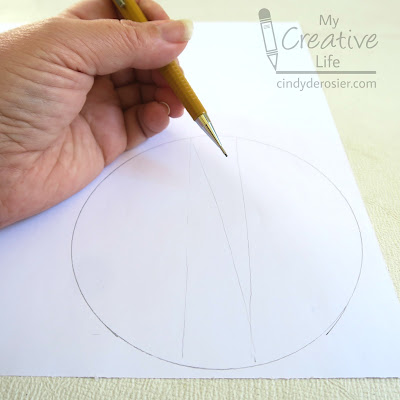 Working toward the right, lightly sketch the additional letters of your name. Each letter should touch the next letter. The last letter should touch as much of the right-side curve as possible. Sketch lightly, as it's hard to get it right on the first try and you'll likely need to erase.

When you are happy with your name, trace it with the Sharpie. 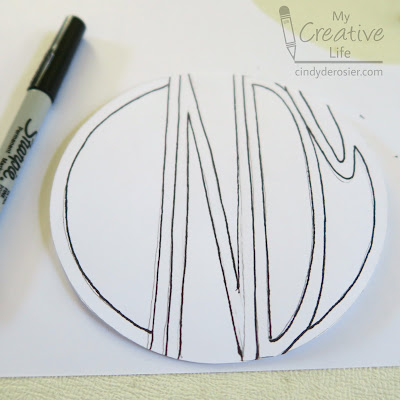 Erase the pencil lines, then use the microtip scissors to cut out your name. 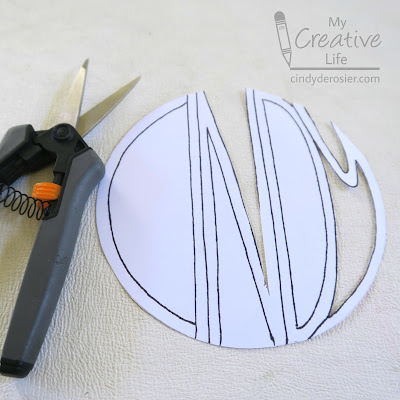 Color in the letters with the colored pencils. You can use whatever colors you want, but I made a 5-color rainbow from left to right. Work slowly, being careful not to wrinkle or rip your name. I colored mine directly on the table pads you see in the photo because I wanted the texture to show up. I assumed (correctly) that the texture would distract from imperfections better than if the color were uniform.

Cut out the two black circles and glue the name to one of the circles.

Cut foot-long lengths of embroidery floss in colors that match your name. Use an overhand knot to tie them together at one end. Twist the colors together very tightly, then knot the other end. Some of the twisting will undo itself. Tape the two ends to the back of the black circle with the name, then use glue to sandwich the other black circle over it to help secure it in place. Everything should line up perfectly, but if it doesn't, just trim a little until you're happy.