The Most "Fun" States in the US

Back in my teaching days, my 5th graders did state reports. I drew their names randomly to determine the order in which they'd choose their state. (No one was allowed to choose California, since everyone had studied their home state the previous year in 4th grade.) Year after year, it was pretty much guaranteed that first three names I drew would pick Hawaii, Florida, and New York in some order. Texas, Alaska, and Nevada often followed. The kids who had to wait until the end to select their state often groaned that all the "fun" states were taken. 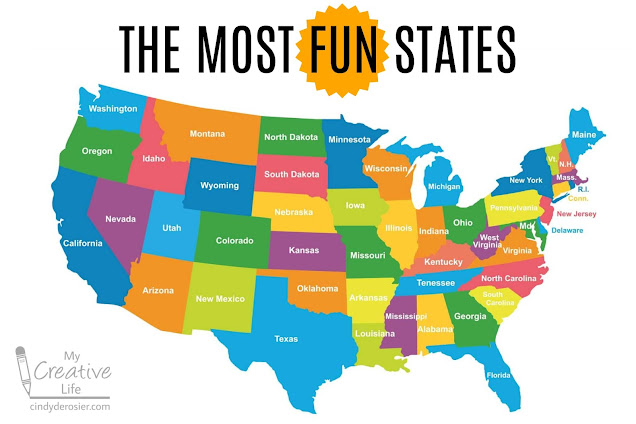 There was a strong belief amongst my students that some states are fun, but most are not. I didn't believe that then and I don't believe that now. Of course, "fun" means something different to each person. If your definition of fun requires a Disney theme park, for example, only California and Florida are fun. On the other hand, neither state is a great choice is you think ice fishing is the most fun a person can have.
WalletHub compared the 50 states across 26 different indicators, then ranked the states from most to least fun. It is very interesting to click through the results... and I admit I do feel some pride that California ranks #1 overall. 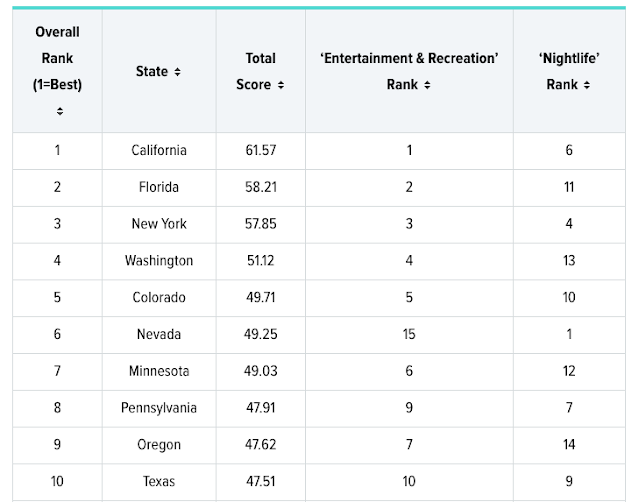 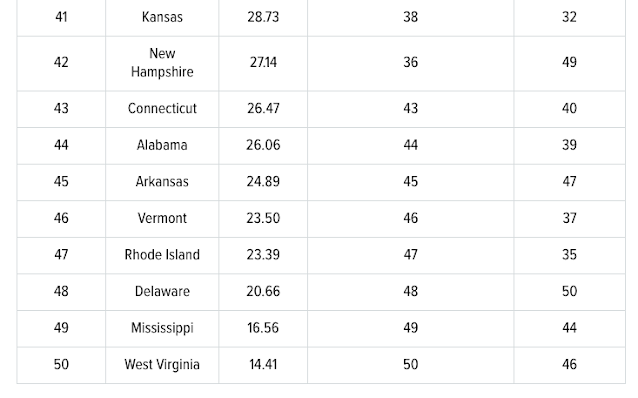 You might be surprised, as I was, that Hawaii didn't make the top 10. Hawaii is right in the middle at #25. No offense to Minnesota (#7), but most of the people I know would consider Hawaii to be a lot more fun. (I should mention that I don't know anyone who is into ice fishing.)
Here are the 26 indicators WalletHub used to rank the states, listed in order of importance by their weighted points:
I don't know about you, but several on that list aren't my idea of fun. The most glaring to me is fitness centers. Does anyone come back from vacation and talk about all the fun they had visiting fitness centers? I'm confused about "Personal Spending on Recreation Services per Capita." Does that mean a state is more fun if its residents spend more money having fun? (Minnesota is #1, by the way.)
If I were designing a way to rank the states, I'd ditch everything on the list related to night life, bump up the weight of access to National Parks, add National Historic Sites and State Parks, and give bonus points for having a defined regional cuisine and/or state specialty. I'd change Restaurants per Capita to exclude national chains in the count. Then I'd add in the number of factory tours, museums, botanical and/or sculpture gardens, and public art installations.
All this is to say that it is impossible to rank the 50 states this way..... but it's fun to try.
Email ThisBlogThis!Share to TwitterShare to FacebookShare to Pinterest
Labels: US Travel