This is the third of five posts about Sketchbook Party. I recommend reading the first and second posts before you read this one.
---------
The seventh class during Sketchbook Party was "Paint Watercolor Cats." 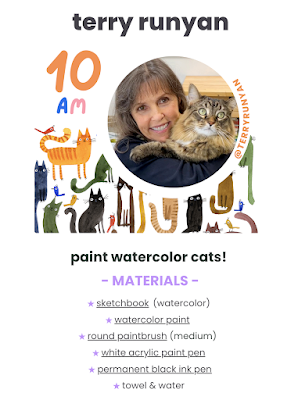 As promised, Teri Runyan taught us how to paint watercolor cats. I used Koi watercolors, then used white, black, and grey Prismacolors to add the facial features. 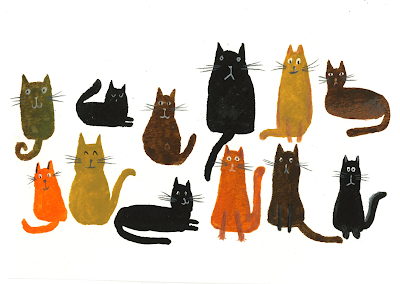 This class was one of my very favorites. I had no idea how easy, relaxing, and fun it is to paint blobs and turn them into cats! I will definitely be doing this again in the future. I'd like to play with using a similar technique to make other animals too. (Bunnies, obviously.)
---------
Next up was "Sketch a Lush Landscape in Mixed Media." 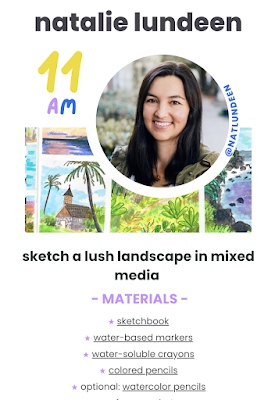 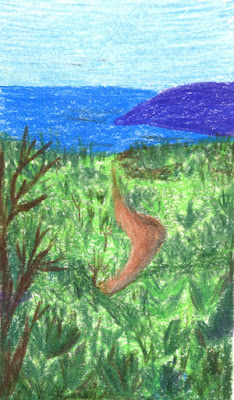 This project was very frustrating for me. I wasn't sure what we were drawing and I was struggling to watch the instructor and draw my own with materials that were different than what she was using. I don't like my finished project at all.
---------
Next was "Make Pattern Borders." 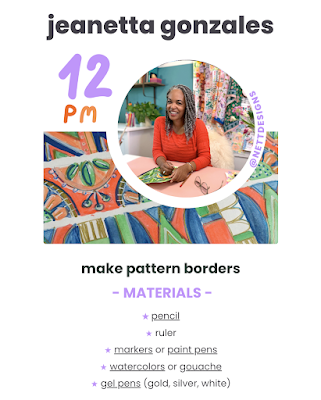 Jeanetta Gonzales emphasized that we could use pretty much any medium we wanted to make patterned borders. I chose Sharpies for this project and it was a good choice. The gold Sharpie really pops against the bold colors. 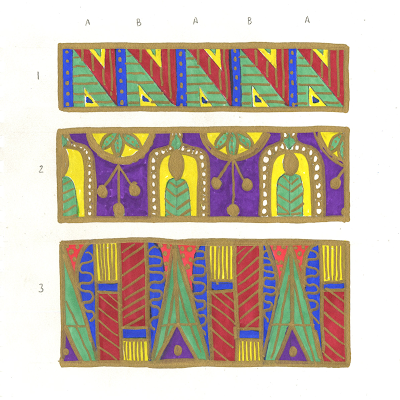 I don't know that I learned anything new from this class, but I really enjoyed it. Repeating patterns appeal to me and I liked working entirely with Sharpies.
After this class, I cleared off my desk for the last class of Sketchbook Party Day 2. It was really different than anything we'd done in the previous classes. I'll tell you all about it tomorrow.
Email ThisBlogThis!Share to TwitterShare to FacebookShare to Pinterest
Labels: sketchbook