Trevor has decided he wants to be a knight for Halloween.  He thinks Daddy should be a blue and green dragon and Mommy should be "the girl with the pink cone on her head."  I asked him to draw some sketches so that I'd know exactly what he was picturing.  Five minutes later, he brought me two papers.  Here's his costume: 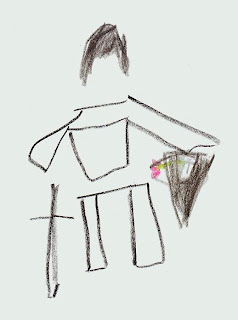 Take a close look at that shield.  We'd recently talked about what a coat of arms is.  Steve mentioned that they are based on a family's last name, and gave the example that since our last name is deRosier (French for "of the rose"), ours would probably have a rose worked into it somehow.  Then I said they often have an animal also, like a lion, that represents the family.  That's when Trevor decided his shield would feature Trouble with a rose in his mouth.

Here's his picture of Steve and my costumes: 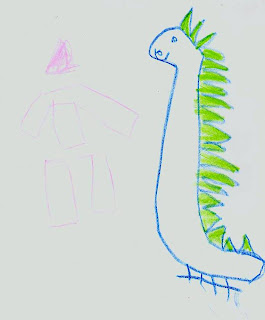 I have no idea what made Trevor decide on a knight, damsel and dragon.  Perhaps his favorite game, Labyrinth? 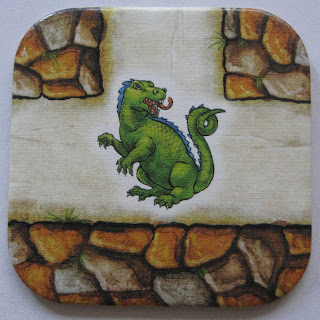 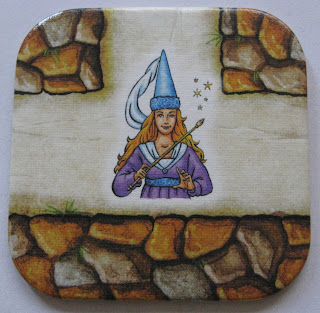 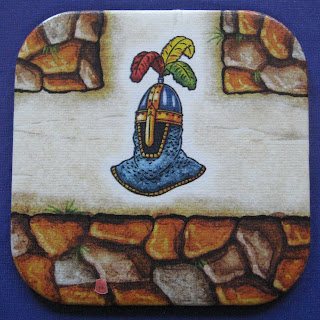 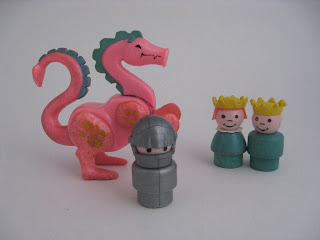 Or our modern ones? 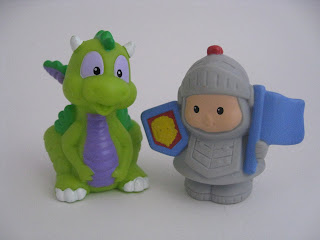 I'm not sure.  All I know is that I have about 7 weeks to figure out how on earth I'm going to make them.  So far, Step 1 involves grey sweatpants, window screen, and black ink.  Stay tuned!
Email ThisBlogThis!Share to TwitterShare to FacebookShare to Pinterest
Labels: Halloween