Like many kids, Trevor loves Angry Birds and asks to play it all the time. Unlike most kids, he isn't talking about the video game... at least, not since we made our own homemade Angry Birds game. 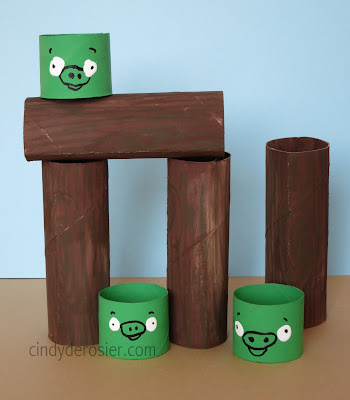 We began by cutting one of the toilet paper rolls into three equal parts. We painted them green, inside and out. When they were dry, we added noses. 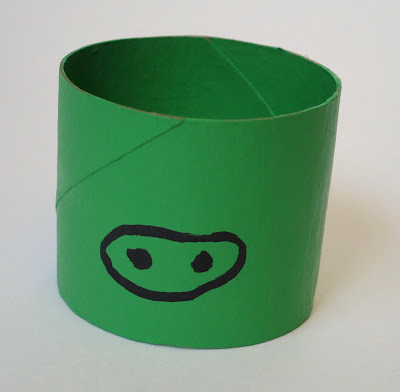 We used a q-tip to make white paint circles on either side of the nose. 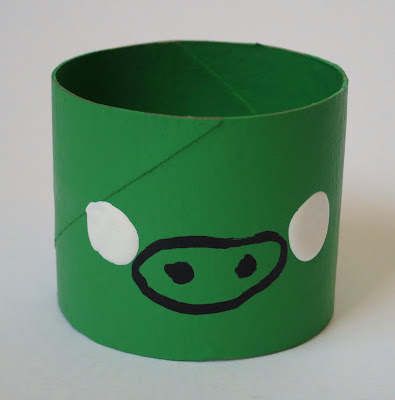 When the paint dried, we added pupils, eyebrows and a mouth. 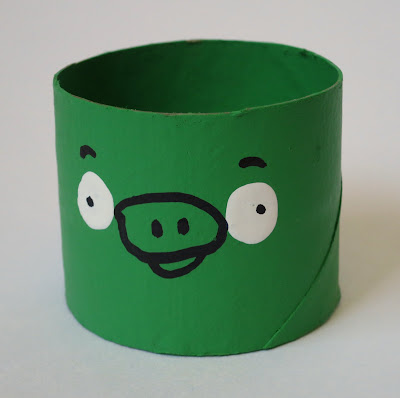 Next, we painted the remaining tubes brown, inside and out. When they were dry, we used a brown sharpie to draw wood grain onto them. Then we carefully flattened them first one direction, then the other, so that the tubes had four flat sides and could easily stack.

To play, we set up a challenge for each other by arranging the pigs and logs on a chair. We try to make each "level" more difficult. The shooter sits about 3 feet away and uses soft, fuzzy hairbands (which don't hurt if you hit someone or if they snap back on you) to send the pigs crashing. 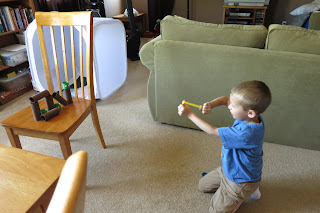 Trevor absolutely LOVES this game and has spent hours playing it. He's planning to play it during his Angry Birds birthday party. I love that he is so entertained by a bunch of empty toilet paper tubes. Totally awesome.