It's a common problem: What do you do when you want to scrapbook an event, but the pictures are terrible?

Last fall, Trevor and I participated in a fitness event called SoFitCity, a friendly competition amongst the cities in our county to see who would win the title for having the most participants do one of the runs.  Trevor and I did the Family Fun Run.  Obviously, running and photography don't go together all that well.  We bumped into a friend right before the start and had her take a picture of us together wearing our race numbers.  During the race, I zoomed ahead of Trevor around the midpoint to take a picture of him running.  Then I stopped running near the end so I could fall back and take a picture of him about to cross the finish line.  None of the pictures turned out great, but I really did want to document the event. My solution was to print them small, group them together, and keep the layout really, really simple. 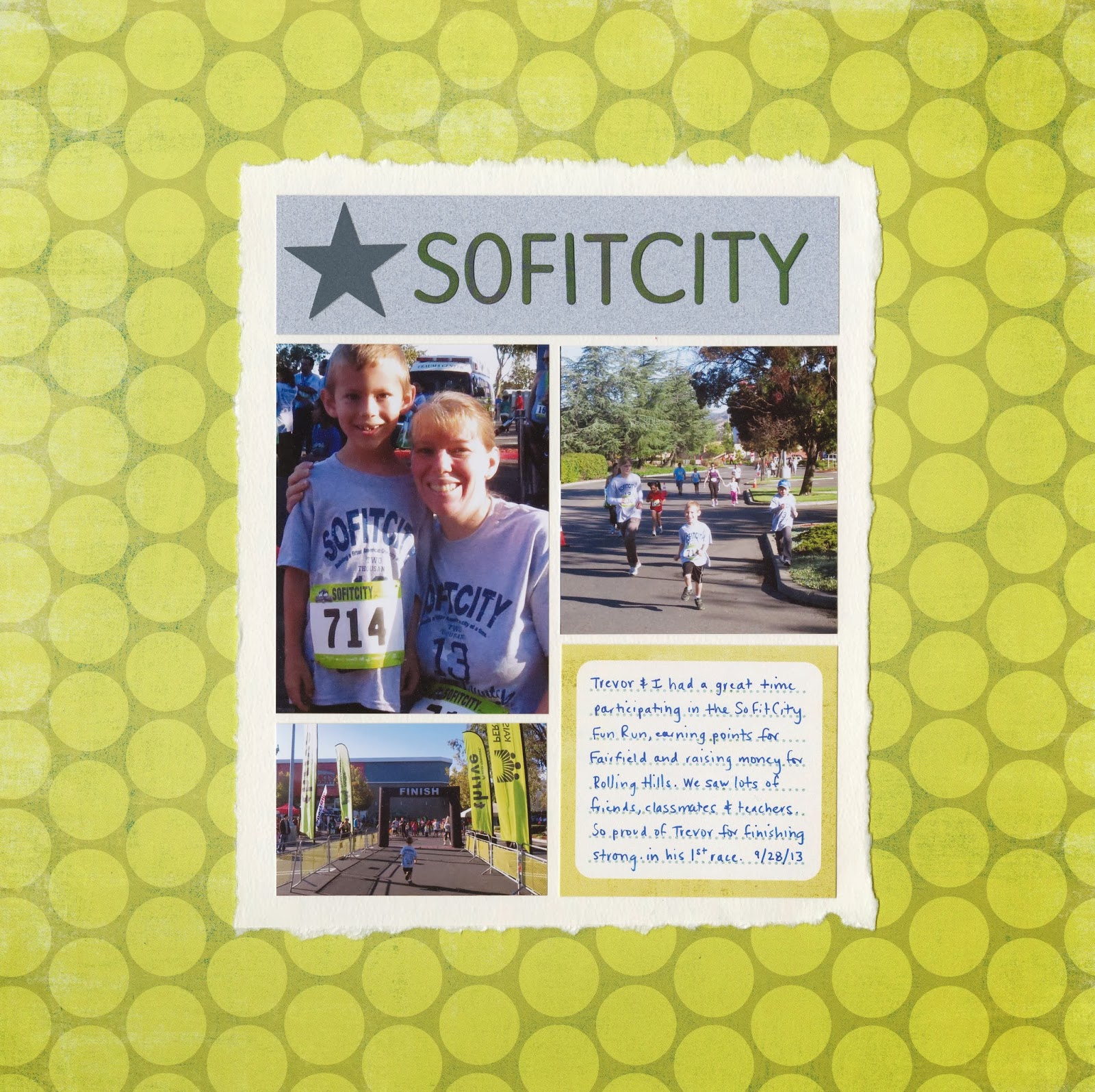 It's not the greatest layout ever, but it's in the album and the memory is recorded, despite the mediocre photos.

Oh, and for the record, our city won the SoFitCity title.  That made a fun day even more awesome.
Email ThisBlogThis!Share to TwitterShare to FacebookShare to Pinterest
Labels: Layouts