Once a month, my MOMS Club friends and I get together for brunch while the kids are in school. Sometimes we meet at a restaurant, but more often we meet at someone's house. When we're at a house, we usually craft while we chat and eat. When I hosted this month, I invited everyone to either bring their own craft or participate in my Mystery Craft.  Everyone opted for the Mystery Craft, as it sounded intriguing (either that, or it sounded easier than lugging their craft supplies to my house).

So what was the Mystery Craft? Up until two days before our brunch, the Mystery Craft was a mystery not only to them but to me as well. And then, while continuing my efforts to clean out our file cabinets, I came across a huge collection of paint chips from the house I lived in before this one. Yes, not only had I saved a 1.5 inch stack of paint chips after painting all the rooms in the house I bought in 1998, but I filed them neatly and moved them into this house!

As my friends arrived, I told them we'd be using paint chips to create mosaic cards. No further instructions - just create whatever you like. I set out paint chips, card bases, glue, punches, and trimmers. 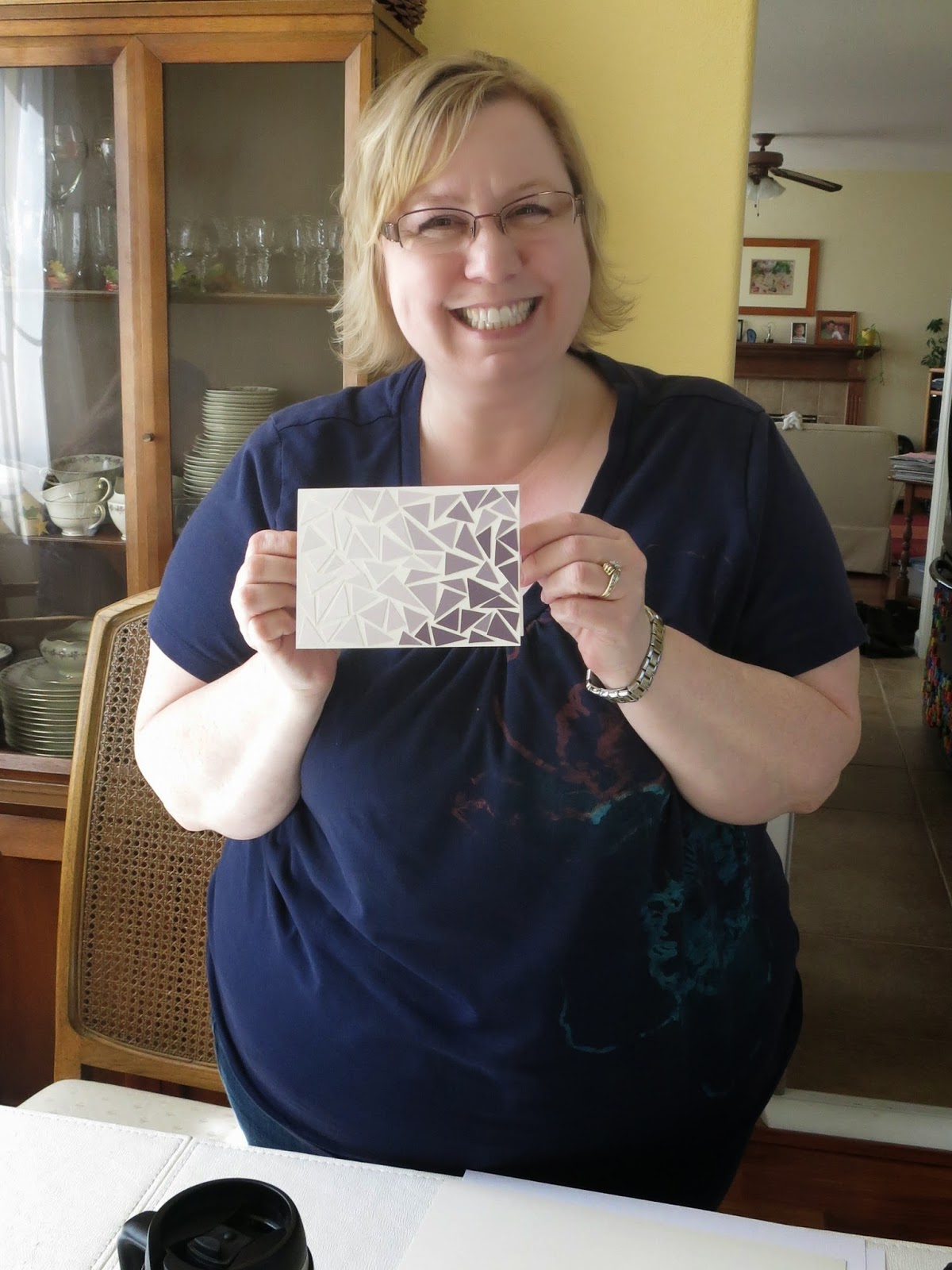 Kelly used reds to make a this card base. She planned to pop up a sentiment in the center. Kristen made a butterfly! 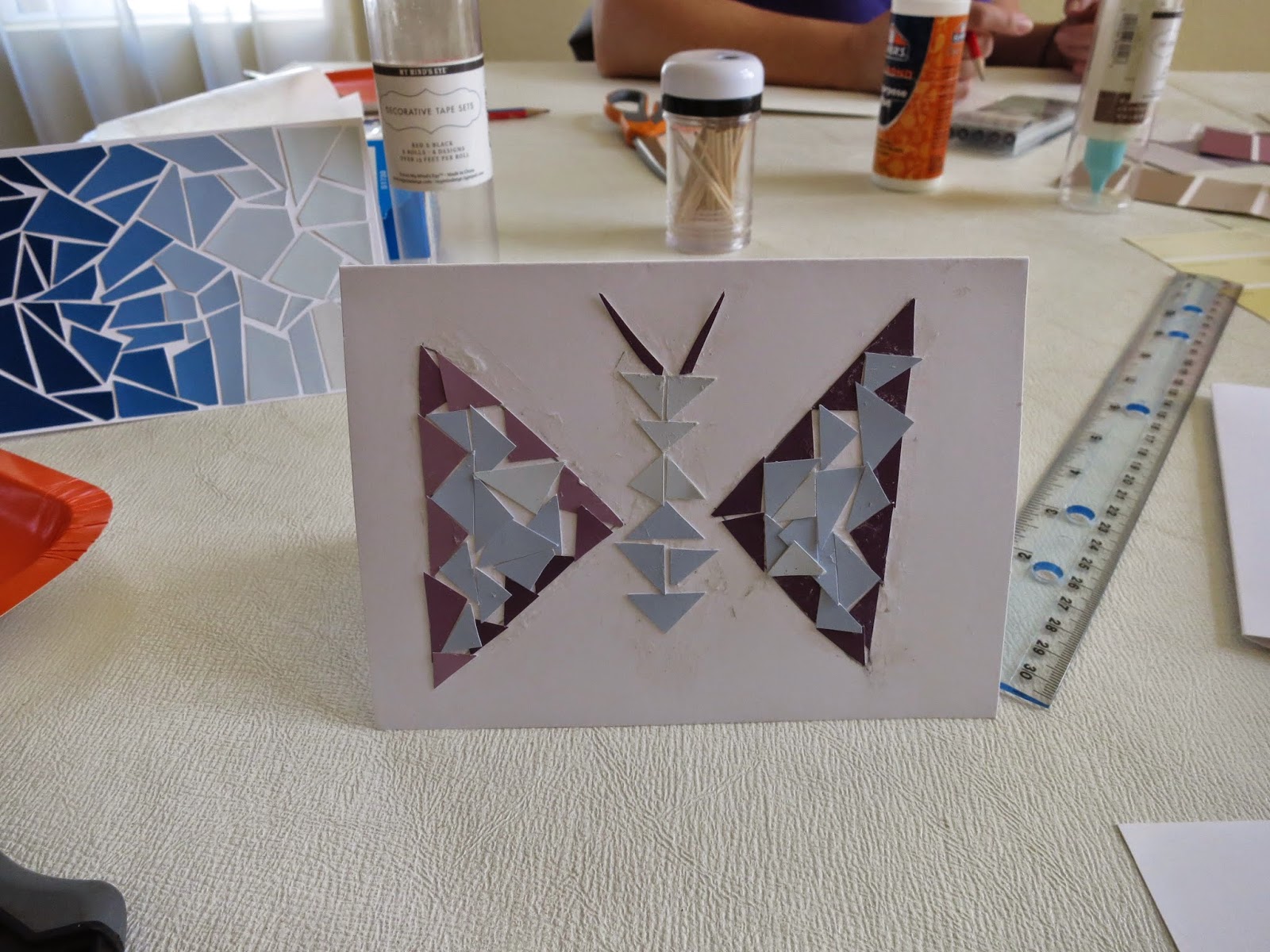 My fourth guest, Gina, snuck out before I could photograph her card. I'm wise to you now, Gina! We joked that I should put up a sign on my front door that something along the lines of, "Entering the premises means you give permission for your likeness and that of your artwork to appear on Cindy's blog." Not a bad idea!

I made three cards. Because mosaics are so mindless, it was easy to create and chat at the same time. Here's a birthday card:

Then I played with ombre. 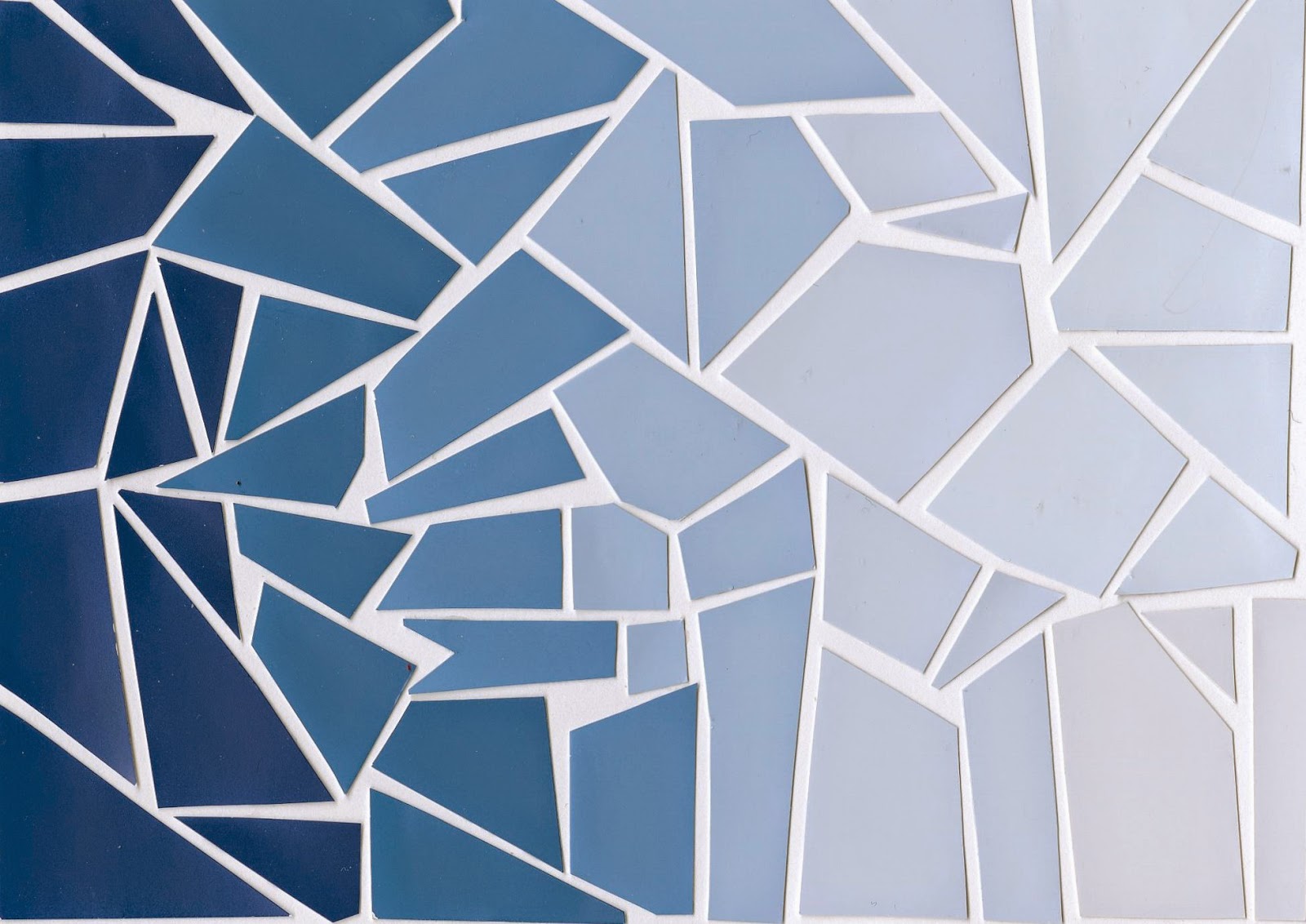 My third card is an anniversary card for Steve. 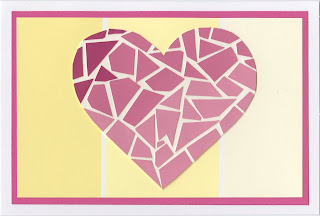 So much fun!
Posted by Cindy deRosier at 5:00 AM