Tomorrow I'll share the next letter of The Cursive Project, but in the meantime, I wanted to show something else we've made recently.

When a Cub Scout earns an award, he receives a 2.5" x 3.75" card along with the actual patch, loop, or pin. We'd been keeping Trevor's in a stack on a shelf, but the pile was getting high and the cards weren't organized in any way. I suggested to Trevor that he move them to a binder. I took him to an office supply store, where he picked out a binder and divided page protectors. Then he got to work sorting and organizing his cards.

Trevor began with the rank cards. There are six ranks in Cub Scouts: Bobcat (which is the introductory level for anyone starting out), Tiger (1st grade), Wolf (2nd grade), Bear (3rd grade), Webelos 1 (4th grade) and Arrow of Light (5th grade). He made a title card ("Rank"), then slid in his three rank cards in order. He put blank white cards to hold the place for the final three ranks, then put black cards to fill the remaining spots. 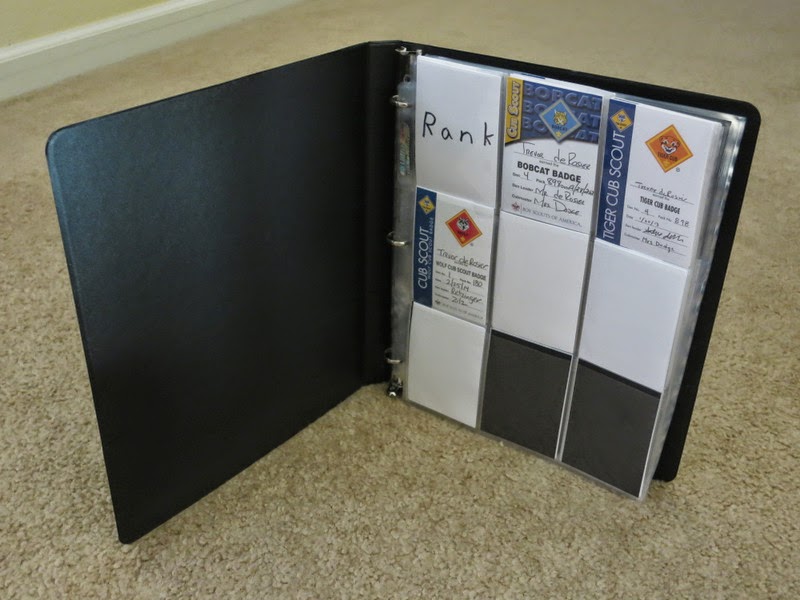 On the next page, he started with Academic Belt Loops. He labeled a white card for each one he hasn't earned. When he receives an award card, he'll remove the corresponding placeholder card. It's a great way to tell at a glance what he still needs to earn. 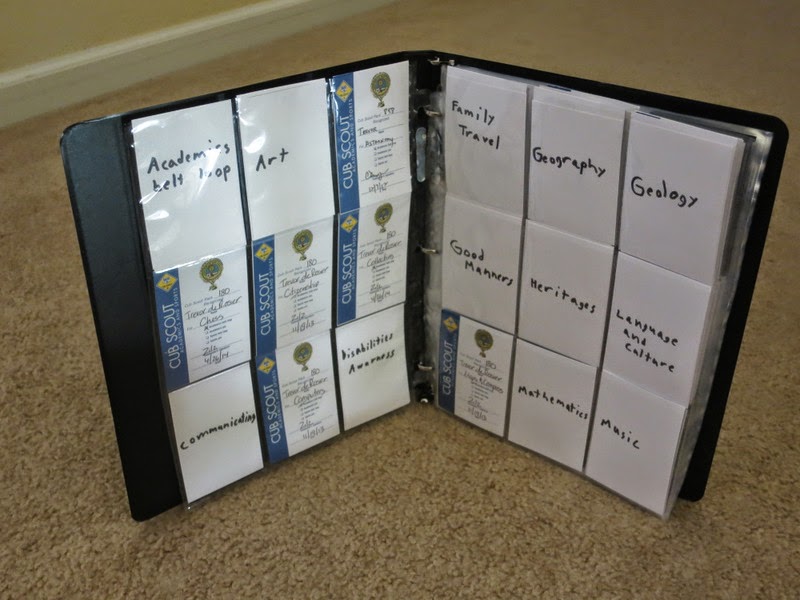 The next section holds Sports Belt Loops, then there are sections for Academic Pins, Sports Pins, and other awards (like the World Conservation Award that he recently completed). 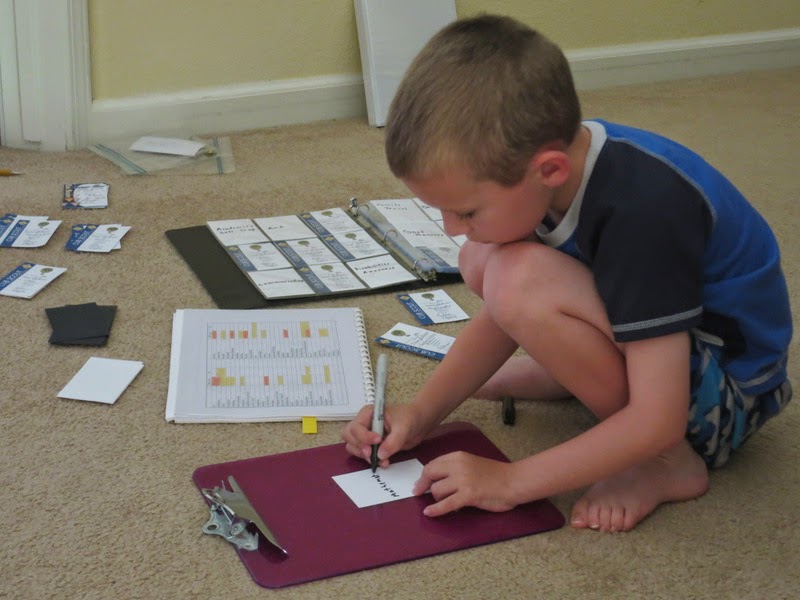 So far this summer, Trevor has earned the Swimming, Video Game, Badminton, and Science Belt Loops, and is almost done with a few others (including Language and Culture). He hasn't received the physical awards yet, which is why his chart doesn't show any light blue yet.  Soon!
Email ThisBlogThis!Share to TwitterShare to FacebookShare to Pinterest
Labels: Cub Scouts