For letter B of The Cursive Project, Trevor wanted to do a beehive craft.  We found an adorable pattern for a 3-D beehive made of Perler Beads on the EK Success website.  After completing his letter B worksheet, he got started on his beehive.  I did the melting with the hot iron, but otherwise he did the whole thing by himself.  It turned out so cute!  When it was time to photograph it, he had so much fun zipping around our yard placing his beehive amongst our plants.  I think the rosemary bush makes a great setting for his cool beehive. 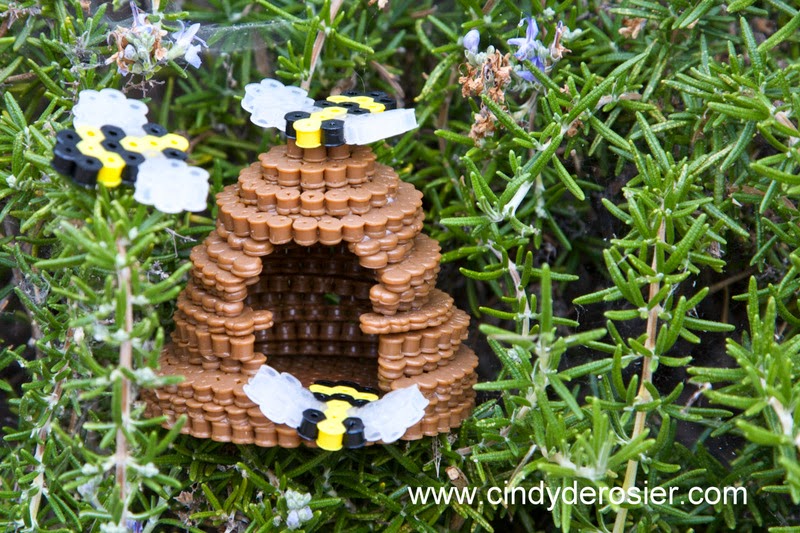 Incidentally, I put a lot of thought into whether to teach cursive alphabetically or to start with the easiest letters first to build a foundation.  Trevor was adamant that he wanted to go alphabetically.  In the end, I decided that would be fine.  He doesn't have motor issues that would possibly lead to struggles with harder letters, and whatever I can do to keep him enthusiastic about the project is for the best.