Before Trevor was born, I was an elementary school teacher for 11 years. I taught primarily fifth grade, though I did have some 4th/5th combination classes. My absolute favorite thing about having 4th graders in addition to my 5th graders was being able to teach California history. I LOVE making history come alive for kids.

Trevor is in fourth grade and recently wrapped up a study of missions. He worked on a written report entirely in class and was responsible for doing a hands-on project with the family. As it turned out, it worked out perfectly for Steve and Trevor to visit Mission San Juan Capistrano while I was at the CHA Mega Show. They had a fantastic time. Both took tons of photos, which Trevor used to make a slide show to present to his class.

I was really disappointed not to have gone with them to visit the mission (though being at CHA more than made up for it). I pulled out all my materials from teaching 4th graders about missions and told him the many activities we did in my classroom. Trevor was very eager to try cooking one of the mission foods, so I let him choose from amongst the collected recipes. He chose the same one my students chose year after year, bunuelos. They're fried dough covered in cinnamon sugar, so it's no wonder that it's a popular choice. 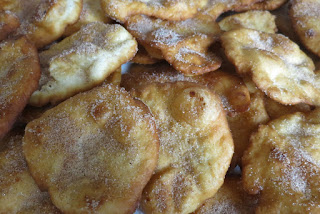 I supervised Trevor closely, but he was in charge of reading the recipe, getting the ingredients, and measuring them properly. 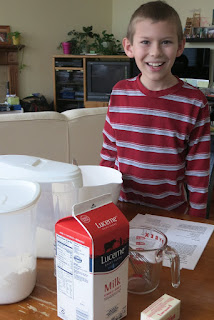 When we cooked in my classroom, we would read the recipe together, and talk about the history, nutritional value and/or role each ingredient played in the recipe. Then each student would sketch and label any piece of cooking equipment (for example: sieve, whisk, grater, etc) we were using for the first time. We kept our sketches in a folder with their recipes so that they could make the foods at home for their families and have the vocabulary to ask for any cooking equipment they needed. I make an effort to be sure that Trevor learns the correct names for kitchen equipment as well.

Once we were ready to begin cooking in the classroom, I would use popsicle sticks to select students to measure each item. In the case of bunuelos, the last randomly-chosen student would divide the dough into the proper number of pieces and each student would roll out and fry his or her own. 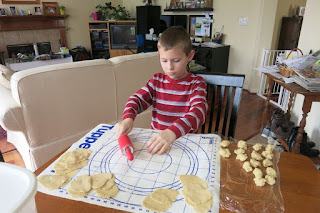 Teaching safety was probably the most important part of the cooking lessons I did with my students (the same holds true for Trevor). Before even starting, we talked about food safely and personal safety. We discussed potentially dangerous steps (cutting with a sharp knife, holding food while grating, frying in hot oil) and how to approach them safely. We discussed the consequences of not following directions (getting injured, injuring others, damaging materials or equipment, and/or losing cooking privileges).

We did not start out deep-frying at the beginning of a school year. It took weeks of making simple recipes that did not involve heat before we started using the stove top. Same with Trevor. He was scared to do the deep-frying and tried to talk me into doing it for him. But I knew that he was prepared and would take the job seriously. We talked about what to do, pantomimed it, and practiced off-heat. And then he did it, just like many scared 4th graders had done in my classroom over the years. I was very proud of him, just like I was proud of them. 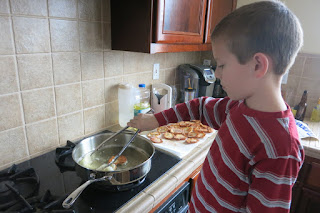 Trevor was proud, too. He couldn't wait to take the bunuelos to class to share with his teacher and classmates. 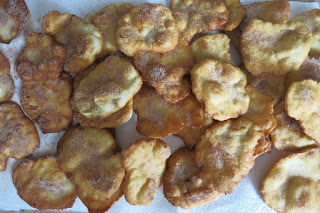 If you'd like the recipe to make your own bunuelos, you can find it here. They're delicious. And for me, packed full of memories.
Email ThisBlogThis!Share to TwitterShare to FacebookShare to Pinterest
Labels: My Teaching Days, Recipes