Welcome back to Day 2 of Bunny Week! Today's project is a Cotton Ball Bunny. 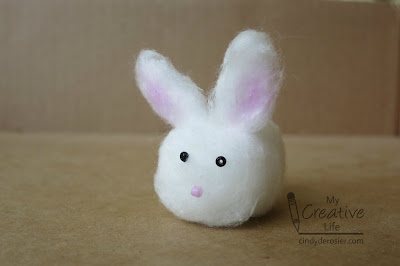 My inspiration was this real life rabbit: 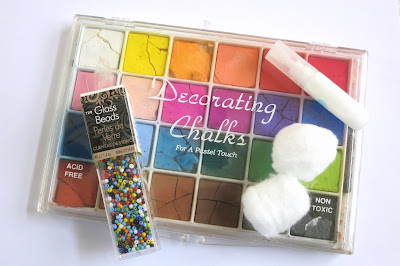 Use the remainder of the second cotton ball to apply pink chalk to the insides of the ears and to the white seed bead.
Glue the tail, ears, eyes and nose in place. Done!

Dogs bark, growl and whimper. Cats purr, meow and hiss. So how do rabbits communicate? Most people assume rabbits are silent, but they actually do make some noises. A happy rabbit being petted will lightly grind his teeth as a version of purring. If the petting is just right and the rabbit couldn't be happier, he chatters his teeth between the grinding. A rabbit squeezing into a tight place or using a lot of effort grunts. A worried rabbit who wants to warn his rabbit or human family about danger will loudly THUMP his back feet. And a terrified rabbit who is in mortal danger can make a loud scream. We heard Trouble scream once. Fortunately, he was perfectly safe but having a terrible nightmare. I woke him up and after initial confusion, he snuggled in and calmed down.

Rabbits also use their environment to make noises to communicate. If we're not up early enough, Trouble will rattle his cage door to let us know it's time for breakfast. He clinks his empty water dish against his food dish if he needs fresh water. He pulls on the baby gates to make noises if he's annoyed that we've locked him out of a particular room. He also enjoys making sounds with his toys.

Rabbits do actually make sounds, but the majority of their communication is non-verbal. In fact, a rabbit can communicate dozens of things simply with their ears. For example: 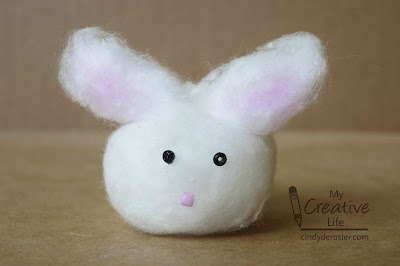 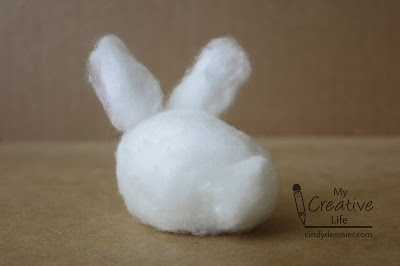 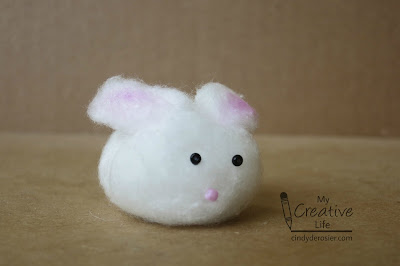 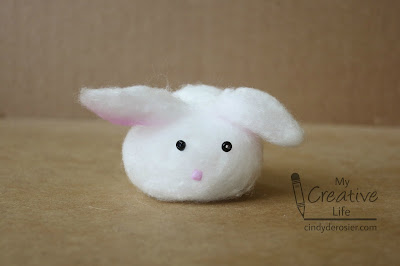 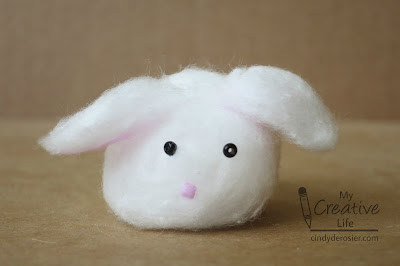 Our favorite resource for learning how rabbits communicate is The Language of Lagomorphs: Your Guide to Rabbit Communication. We have learned so much from this site over the years. I wish we'd known about it before adopting Trouble; it would have saved us (and especially him) a lot of frustration in the early months before we became fluent in Lagomorph.
Email ThisBlogThis!Share to TwitterShare to FacebookShare to Pinterest
Labels: Bunny Week, cotton ball, Crafts for Kids, Rabbits