Back in My Camp Counselor Days...

Approximately 22 years after I moved out of my parents' house, I'm finally getting around to cleaning out the closet from my childhood bedroom.  The treasures I've found so far are awesome.  One of the first things I found were the nametags from my years at 4-H Camp. Such great memories!

Each year, our camp had a different theme.  The campers were divided into 6 tribes of about 20 people.  Each tribe had a themed name and it was the responsibility of the two Tribe Leaders (one male, one female) to make creative nametags that the campers wore everywhere they went.  I went to camp 4 times as a camper before I became a Tribe Leader. In no particular order (because I can't remember the order), I was a member of the following tribes: 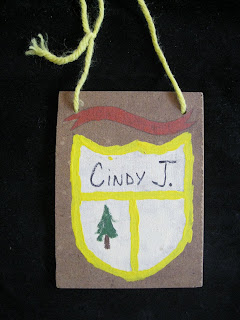 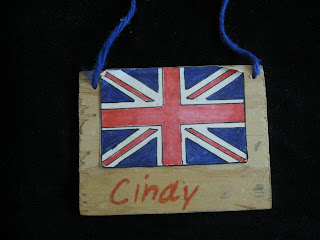 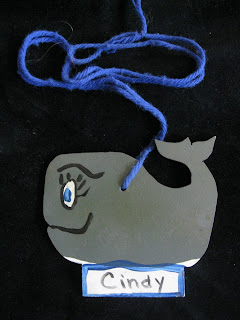 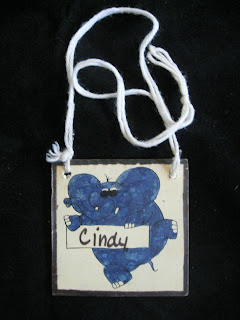 
(It's a good thing I was a healthy weight as a child.  After being called a Whale all summer one year and an Elephant the next summer, a person might develop a complex...)


After 4 years as a camper, I applied to be a Tribe Leader.  I was selected to lead the Scorpio tribe.  I was really excited about creating awesome nametags.  I couldn't wait to get together with my partner Rich and discuss our visions.  I had a sketchbook full of ideas and designs.  As it turns out, there are 16 year old boys out there who don't care one bit about nametag design and Rich was one of them.  How could he not care?!  He told me that whatever I wanted to make was perfect.  I designed these. 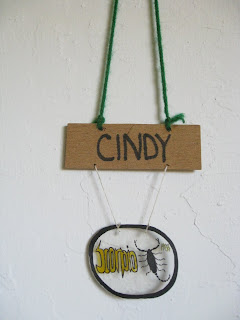 I hand-lettered the word Scorpio and drew a scorpion on each of 25 pieces of Shrinky Dinks, which I then shrunk.  I cut wood into rectangles, sanded the pieces, drilled holes, and dangled the Scorpio tag.  I added yarn, then wrote the names of each of our campers on the wood.  Rich told me I did an awesome job.  Looking back at it now, I'm super impressed with the fact that I wrote the date on these (1988).  None of my camper nametags have the date on them.

The following summer, Noel and I were in charge of the Moas.  Having learned from my experience with Rich, I didn't even bother including Noel in the nametag design process.  I got him busy on other tasks while I created a prototype for another Shrinky Dink nametag. 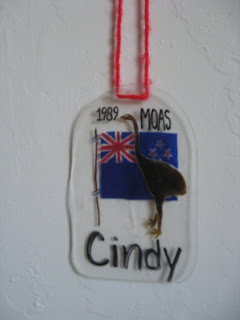 In 1990 (just after graduating from high school), Scott and I were the Tribe Leaders for the Dolphins.  While Rich and Noel were both my age when we were partners, Scott was 3 years younger than me and in his first year as a Tribe Leader.  I mistakenly thought he wouldn't care that much about our nametags, but he was far more into how they looked than the other two had been.  Together, we made nametags that looked like this: 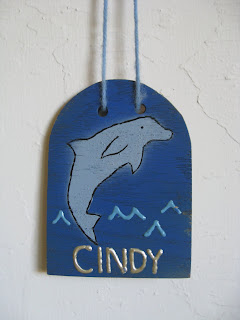 We did something I hadn't thought to do before - we signed the back of every nametag.  I wish I'd done that with my other partners.  I also wish the Tribe Leaders I had as a camper had done that. 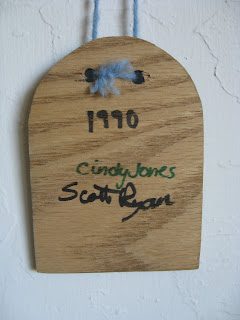 Thanks for joining me on this trip down Memory Lane!
Email ThisBlogThis!Share to TwitterShare to FacebookShare to Pinterest
Labels: 4-H, Memory Lane