Ready for another look at some of the stuff I found in my childhood closet?  This time, it's all the spirit songs I wrote when I was a camp counselor.  (Here's the first post if you missed it.)

In 1989, our camp theme was Extinct Animals and I was in charge of the Moas (along with my partner Noel). 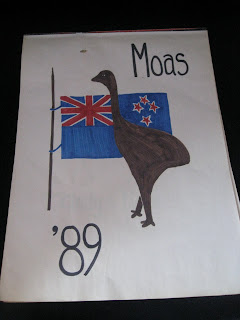 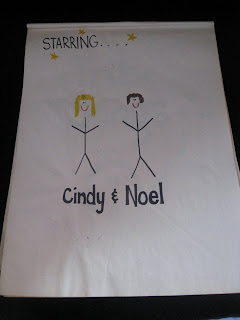 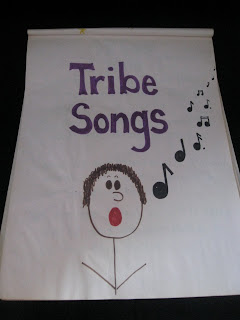 Noel wasn't particularly enthusiastic about writing Moa-themed songs, but my friend Nancy and I certainly were.  We wrote 9 different songs about Moas.  Two of them were based on Madonna songs (!) 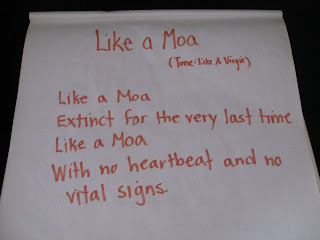 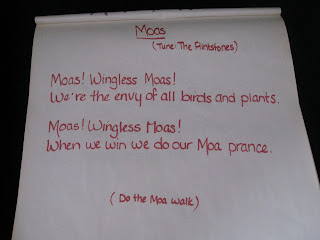 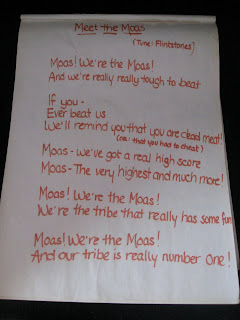 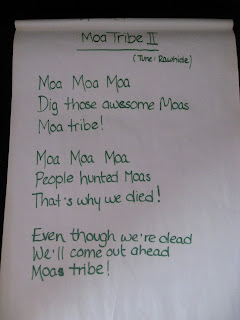 In 1990, the camp theme was Ocean Animals.  Scott and I were in charge of the Dolphins. 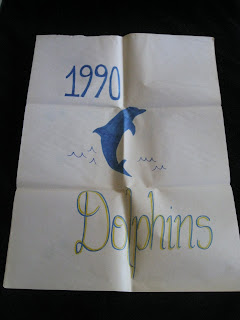 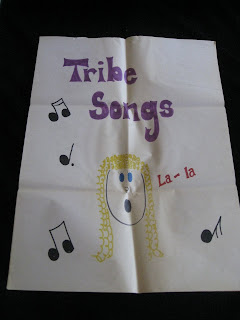 This song based on "Mamas, Don't Let Your Babies Grow Up to be Cowboys" still cracks me up. 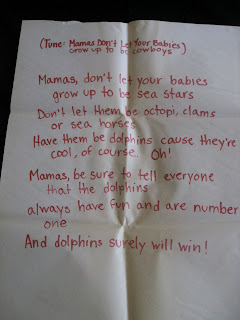 I'm not sure where the chart from my 1988 Scorpio tribe went.  Hopefully it turns up.  I remember that we had some pretty awesome Scorpio-themed songs.

Were any of you camp counselors?  Did you make up wacky songs like these?  Ah, memories!
Email ThisBlogThis!Share to TwitterShare to FacebookShare to Pinterest
Labels: 4-H, Memory Lane