Fair season is over for the deRosiers... and what a season it was!  Back in June, I judged Paper Crafts and Arts & Crafts, we made and entered cars in a Pinewood Derby, and Trevor entered 7 craft items and a tablesetting competition at a nearby county fair.  In July, we visited the State Fair and prepared entries for our county's fair.  Last week we found out how our entries did.

Steve earned 1st place for his corn bread.  It is outstanding and the 1st place was no surprise. 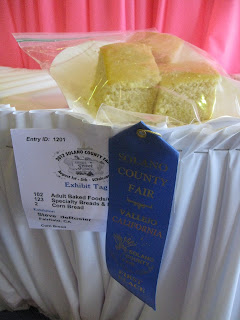 Steve earned 2nd place for his white flaxseed machine bread.  It is also outstanding.  I would love to be able to taste the bread that got 1st place, because if it's better than Steve's it is really something special. 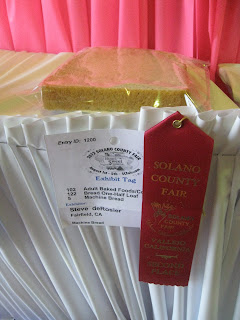 Steve got 2nd place for his peanut butter cookies. 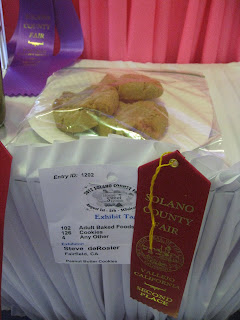 I got 2nd place for my coffeecake (a version of this recipe). 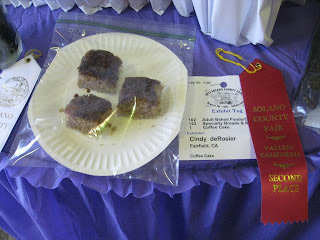 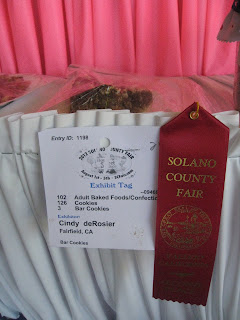 My final entry was chocolate cupcakes that looked like little campfires. This is what I turned in: 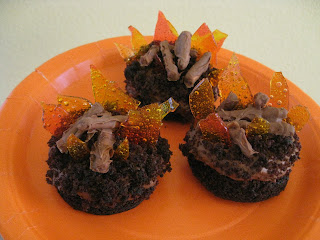 Cute, right?  Little logs, little flames?  Campfires?  This is what was on display at the fair: 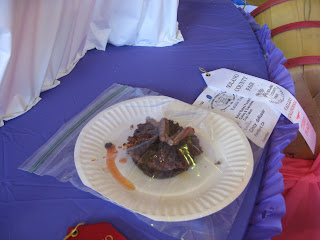 Apparently when you put these cupcakes into a ziplock bag, terrible things happen.  (For the record, I did not submit them that way.  I had plastic wrap draped loosely over the orange plate.  The judges move everything to white plates and ziplocks for display.)  I am dying to read the comment card to find out if they looked this hideous when judging took place or if they melted into a worm-like puddle of orange goo after judging.  Either way, they earned a 3rd, so I suppose I can't be too upset.

Trevor entered 8 items.  I should mention that the children's entries are judged using the Danish system, which means that each item is judged against itself rather than against other children's.  (The adult entries are judged using the American system of one 1st, one 2nd, and one 3rd place winner.)  When judging Danish, the judges have rubrics and check how each item stacks up against the rubric.  In theory, every child's entry could earn 1st place, though that never happens.  The standards are fairly high, so a 1st place is definitely earned.

Trevor earned 1st for his Toilet Paper Roll Owls.  At first I thought that Best of Show sign might have been for Trevor's entry, but upon closer inspection it was obvious that the altered bucket with the chicken on it earned Best of Show. 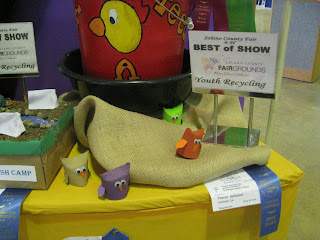 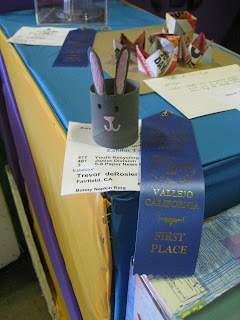 Trevor earned 1st place for a snowman intarsia project he made from scraps in my dad's wood shop. 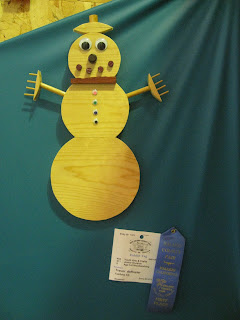 Trevor earned 1st place for both his stamped gift bag and card. 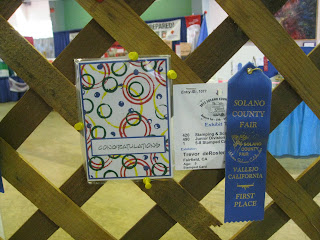 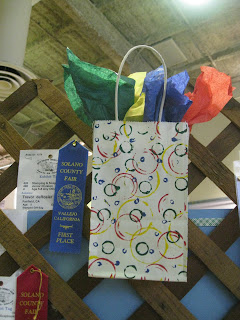 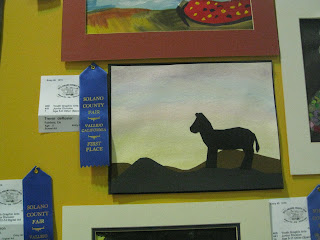 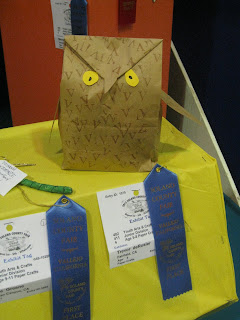 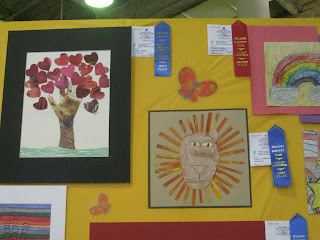 He was thrilled to have earned 8 blue ribbons. 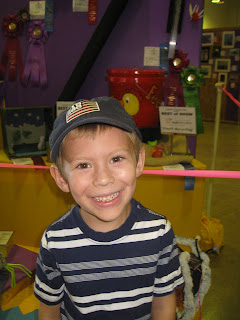 We left the fair very happy with how our entries did.  But when we got home, we had a pleasant surprise waiting for us - a letter in the mail, addressed to Trevor, inviting him to return to the fair for the awards ceremony.  He'd won a special award!

It turns out that Trevor won the Sweepstakes for Recycling!  In each division, the total number of points earned by each child is added up and whoever has the highest score earns the Sweepstakes.  Trevor entered three recycled items (the Ramona Owl, the Toilet Paper Roll Owls, and the Bunny Napkin Ring), and earned enough points on those to be the top winner!  His first trophy! 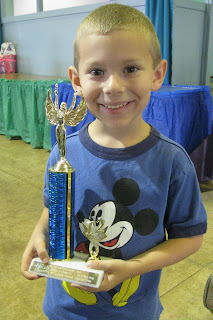 Here is the group photo of all of the children who won special awards.  Trevor is at the front right.  As is obvious from the picture, he is MUCH younger than all the other winners.  That kid of mine has a really bright future.  I couldn't be more proud. 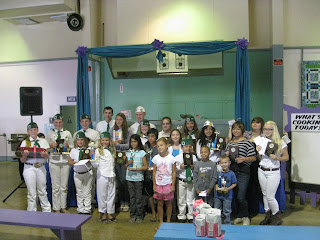