I hosted a luncheon yesterday. Six of my former coworkers joined me. We had a great time catching up, sharing stories and reminiscing. But the main event was the food. This is what we ate: 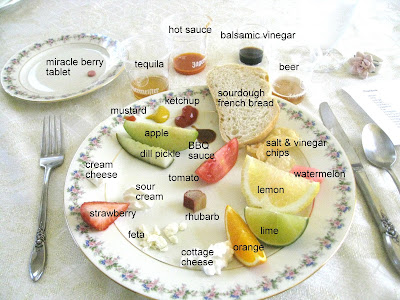 Probably the weirdest plate of food I've ever had. Or ever will have.

One of the items on my list of 40 Things was to try Miracle Berries (affiliate link). Only a few of my friends had heard of Miracle Berries when I invited them to join me in trying them. But they were all willing to give it a try. 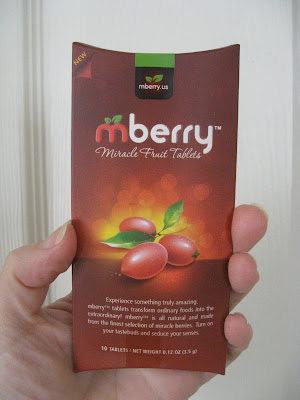 The package came with a list of suggested foods to try, which is how we ended up with that incredibly unusual collection of foods for lunch. The buffet looked so strange- essentially fruit, dairy products, condiments and alcohol. 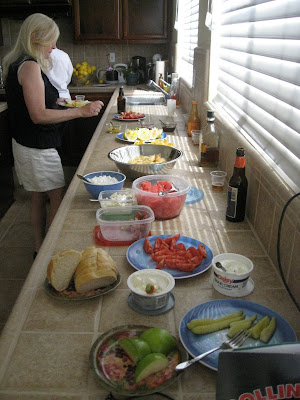 We chewed our Miracle Berry tablet and then started tasting. We each tasted the same thing at the same time so we could compare results. It was fascinating how we didn't all taste things the same way. The whole experience was so much fun and so bizarre. I love this picture of Rita drinking a shot of hot sauce. 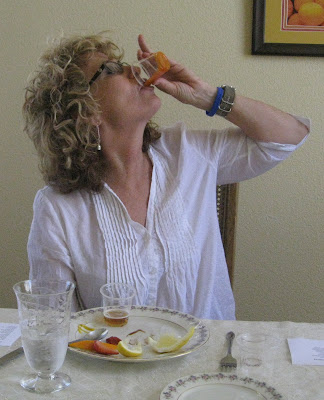 So what were my results? I LOVED the citrus fruits, especially the lemon. The rhubarb was outstanding and the apples were divine. The cream cheese was yummy and tasted almost like cheesecake. The salt and vinegar chips tasted sweet like barbecue chips.

Some of the foods tasted basically the same as they usually do. I didn't taste any difference in the feta or the watermelon. Some became totally tasteless, including the sour cream and the cottage cheese. The sourdough bread was disappointing - it's usually one of my favorite foods, but it was oddly flavorless ("Tastes like a pillow!" said Rita.)

As for the foods I didn't like... for the most part, they were the same foods I usually don't like. I don't like dill pickles and didn't like them any more when they were sweet. Same with hot sauce. The beer wasn't good, though that might be because it was both warm and flat when we drank it. 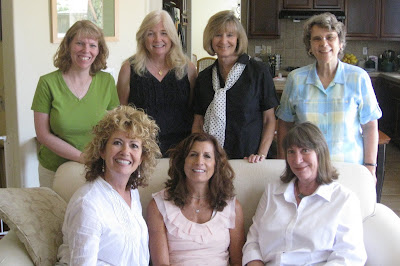 Thank you so much to Stephanie, JoAnn, Diana, Rita, Lesley and Marcia for helping me accomplish Goal 27!
Email ThisBlogThis!Share to TwitterShare to FacebookShare to Pinterest
Labels: 40 Things