Trevor's obsession with making Star Wars crafts continues.  So far this week, we've made a felt C-3PO puppet, a Space Slug from a sock, and an Admiral Ackbar from a paper bag.  Of those three, C-3PO was the only one I'd heard of (though I had to look it up to learn how it was written.)  So, I suppose one could say that this has been an educational week of crafting for me.

I don't have a photo of our C-3PO because Trevor put it away before I had a chance to photograph it.  I'm afraid to ask him to get it out (or tell me where it is) because I don't want to have to put on a Star Wars puppet show with him.  I do, however, have pictures of the other two projects.

First up, the Space Slug: 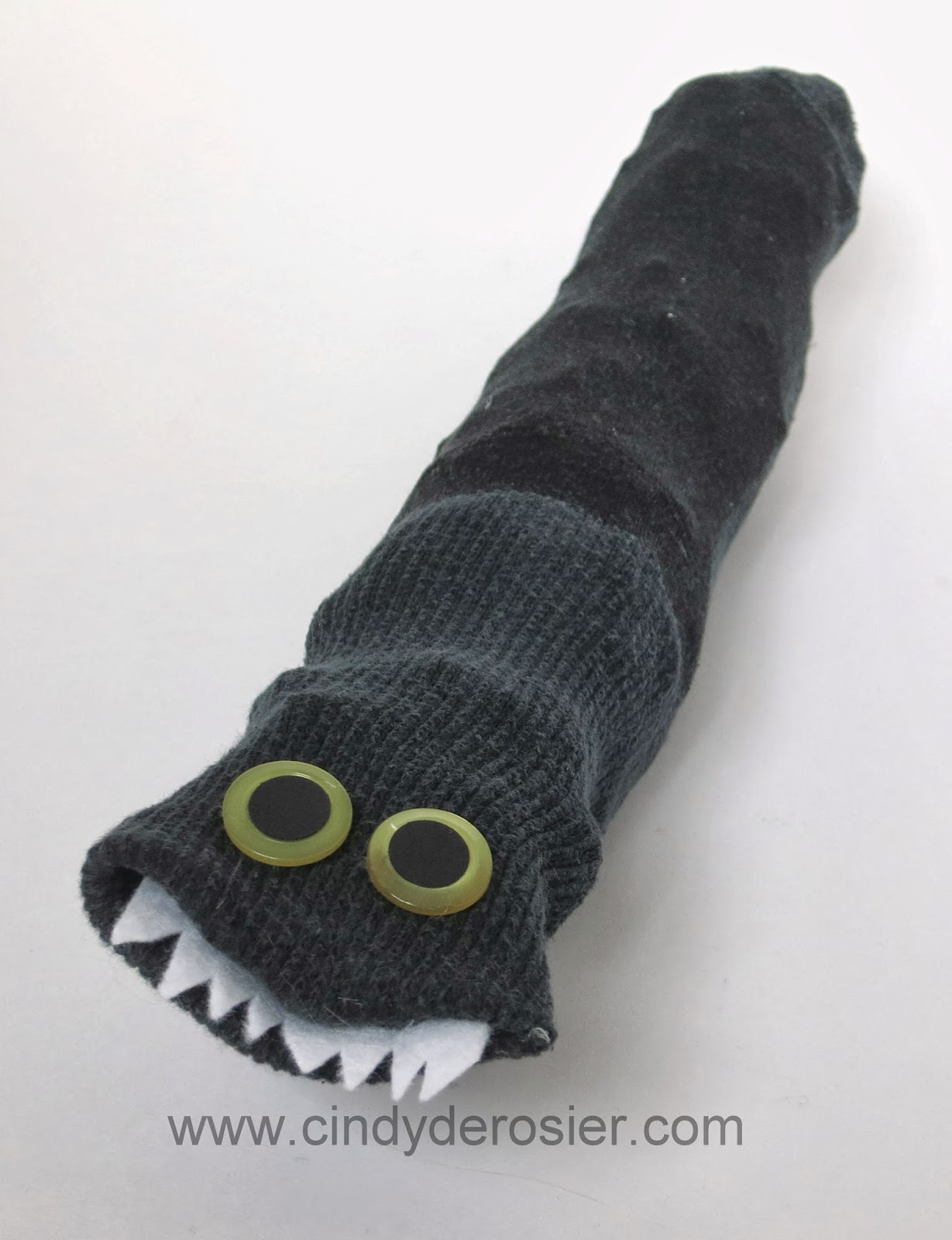 We've been using The Star Wars Craft Book as inspiration, but we're not following the directions. We didn't have the appropriate materials on hand for the author's version of the Space Slug and neither of us felt like doing any sewing.  So we looked at the picture in the book and came up with our own version.

Trevor started with an old sock and stuffed it with wadded-up newspaper.  Then he punched black circles from cardstock, glued them to yellow buttons, then used hot glue to attach the button eyes to the sock.  He cut a row of jagged teeth from white felt and used hot glue to close up the end of the sock.

Trevor LOVES his Space Slug.  It's earned a coveted spot in his bed. 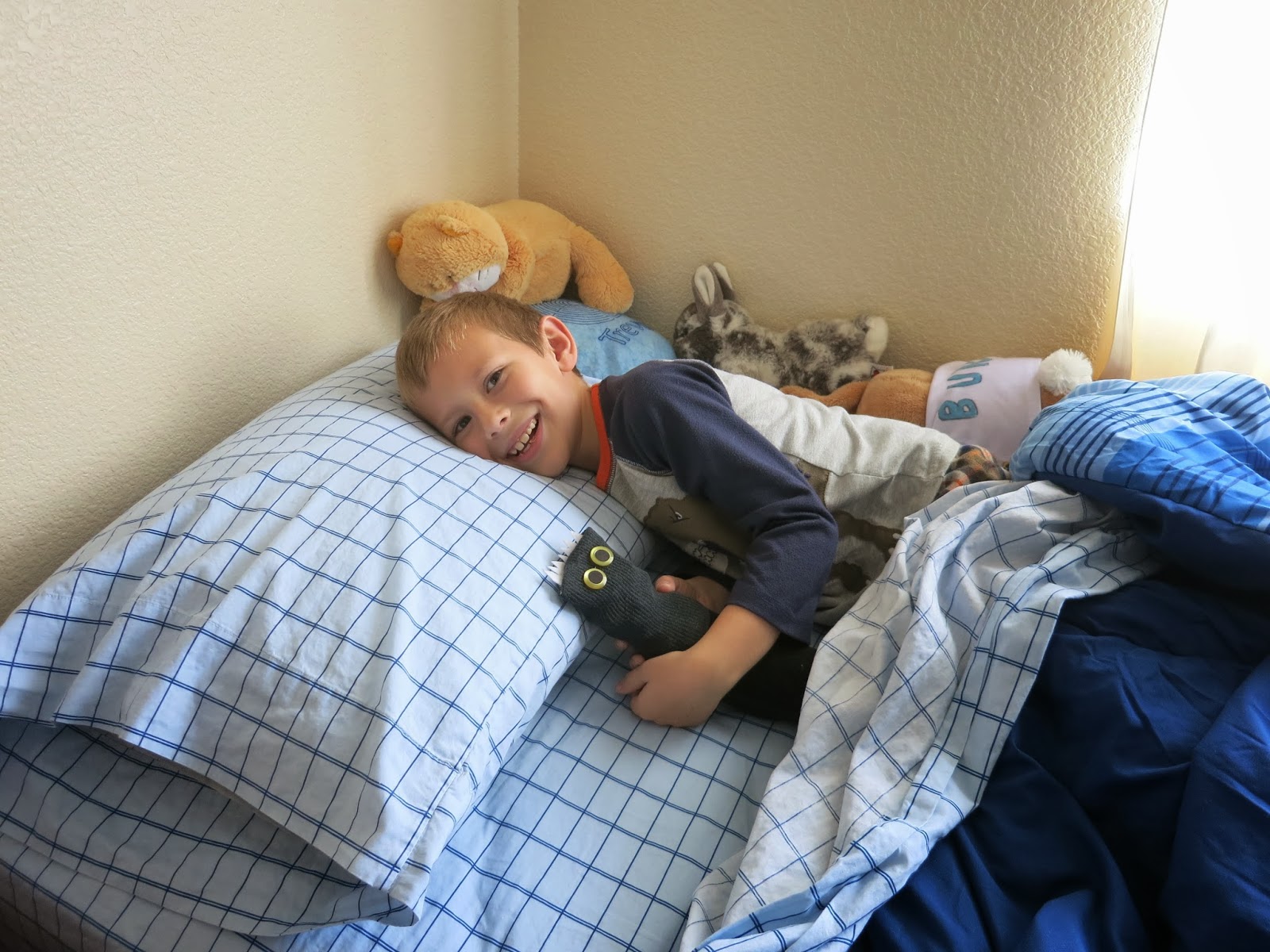 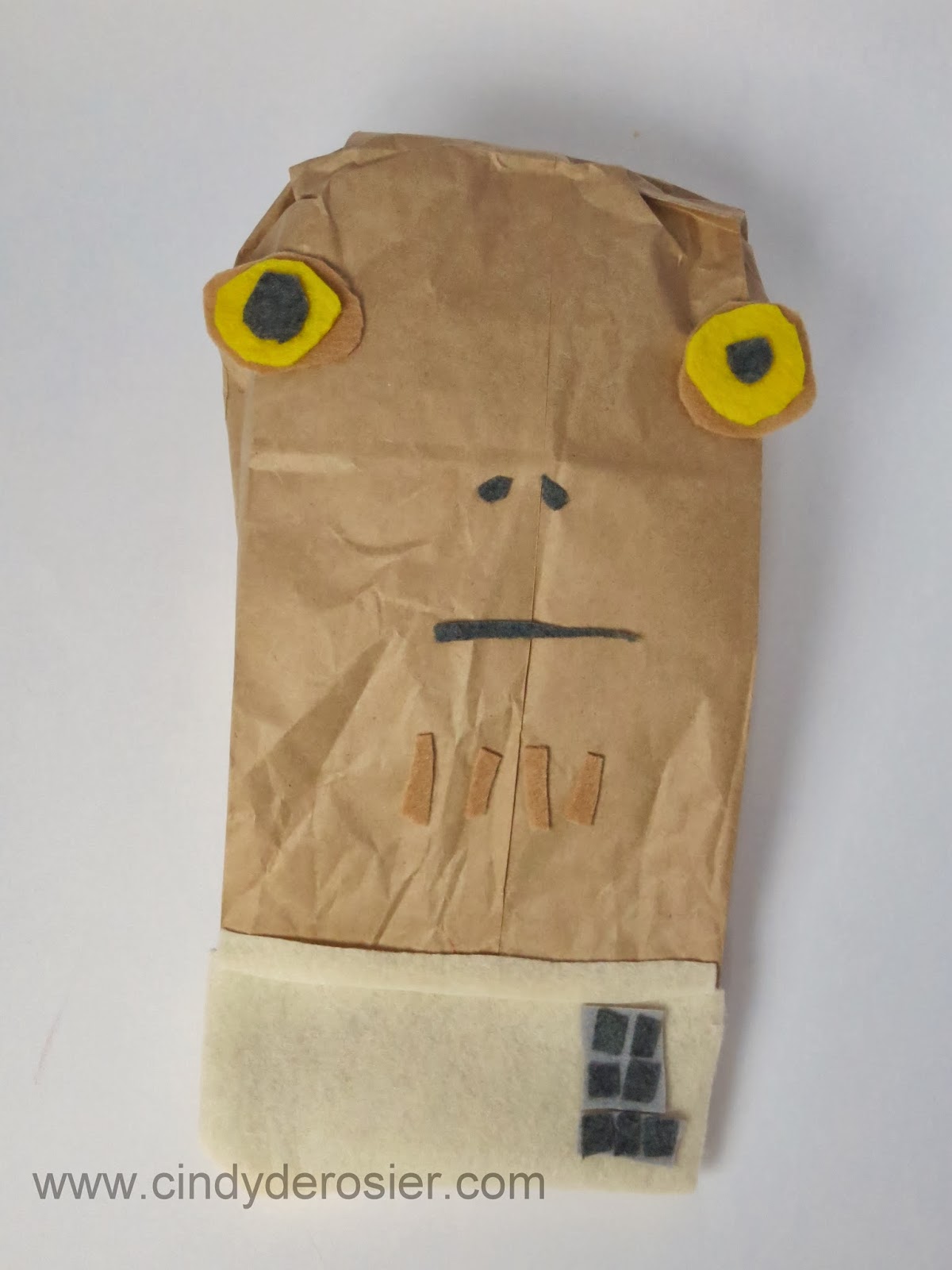 Again, Trevor used the picture in the book as inspiration but switched out the materials and steps to make his own version.

I hate to admit it, but the Star Wars crafts are sort-of starting to grow on me.
Email ThisBlogThis!Share to TwitterShare to FacebookShare to Pinterest
Labels: Crafts for Kids