I'm the proud godmother of three. I've blogged about my goddaughters often. Trevor and I met Kylinn and her mom Courteney at baby storytime at the library when Trevor was 7 months old and we've been close ever since. I was lucky enough to be there three years later when Ellia was born. It was an honor to become Kylinn and Ellia's godmother in May 2011.

My third godchild was born in March 2013. His name is Teagan, and he is the son of my cousin Tim and his wife Ginger. They live about 1000 miles away. Teagan's baptism was held exactly one week after his birth (to accommodate Ginger's visiting family). With such short notice, I wasn't able to make the trip to attend the baptism. I met Teagan for the first time when he and the rest of the family traveled to California to attend the baptism of my niece Allison four months later.

Here's the layout I made to coincide (almost) with the anniversary of his baptism.  Teagan's godfather is his cousin Ryan, my cousin Matt's stepson. 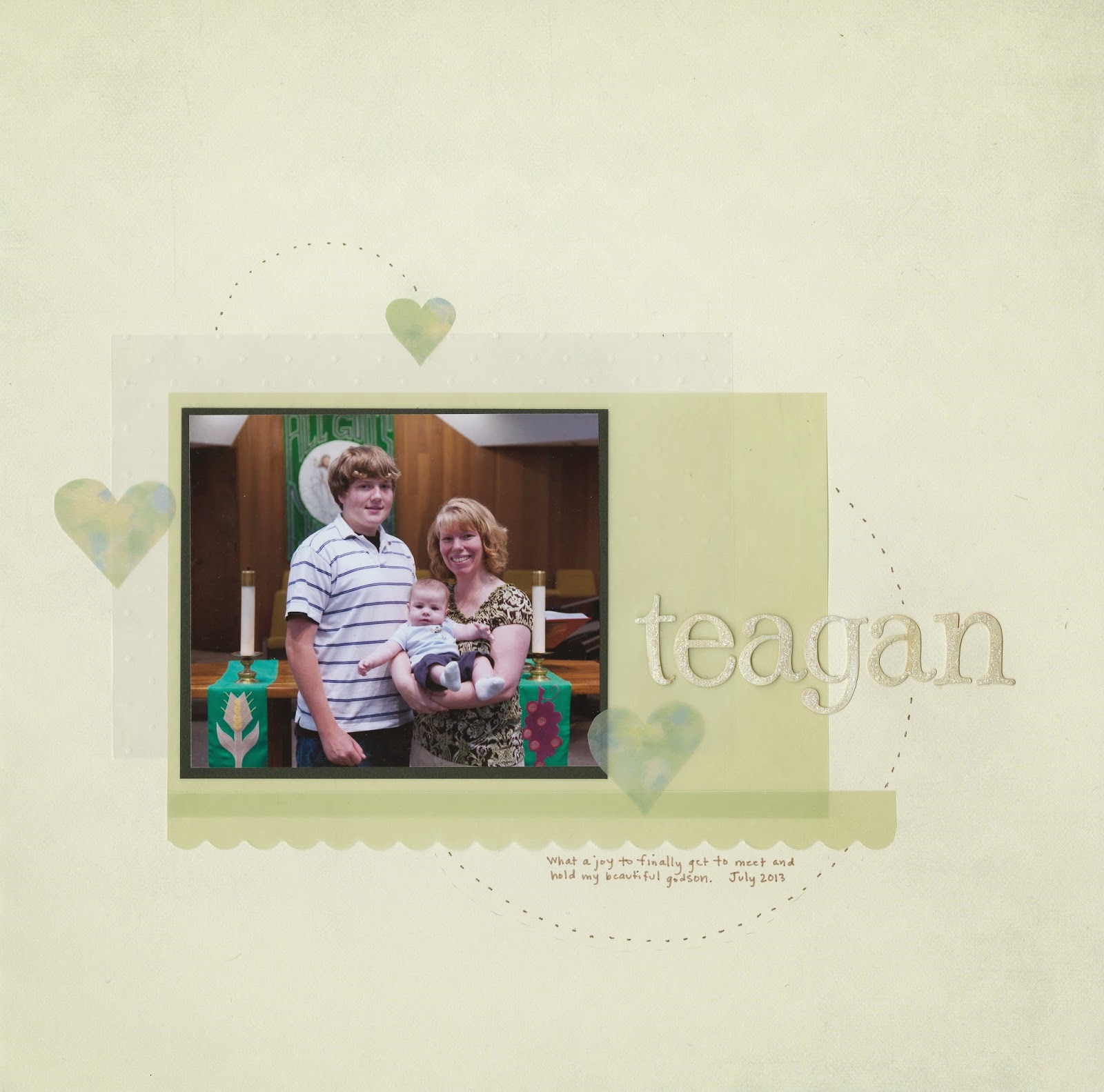 I used this sketch by Laura Whitaker for Let's Get Sketchy. 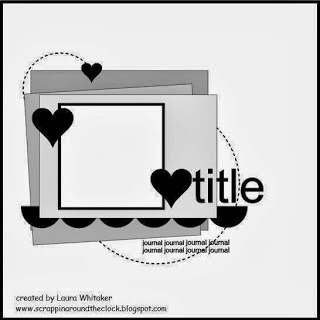 This was my first time playing along at Let's Get Sketchy. When I saw this sketch, I thought it would be perfect for my photo. I decided to experiment with vellums. I followed the sketch almost exactly, using vellum for every component except the black cardstock that is matting my picture. As is always the case with vellum, I had to be very thoughtful about where I put adhesive so that it wouldn't show. I painted the vellum letters then added Stickles on top for sparkle. The scan doesn't do the layout justice. I'm really happy with how it turned out.
Email ThisBlogThis!Share to TwitterShare to FacebookShare to Pinterest
Labels: baptism, Layouts, Ryan, Sketches, Teagan