For years, my friends with older kids have been raving about the Junior Giants.  It's a free (!), non-competitive, values-based program affiliated with the San Francisco Giants baseball team. The participants develop baseball skills simultaneously with four bases of character development: confidence, integrity, leadership, and teamwork.  I am a big fan of non-competitive sports for young children and I love that this program emphasizes the importance of developing good character, both on and off the field.

While the program serves ages 5-18 in some California communities, our local league officially starts at age 7, so Trevor was able to participate for the first time last summer.  He loved it. 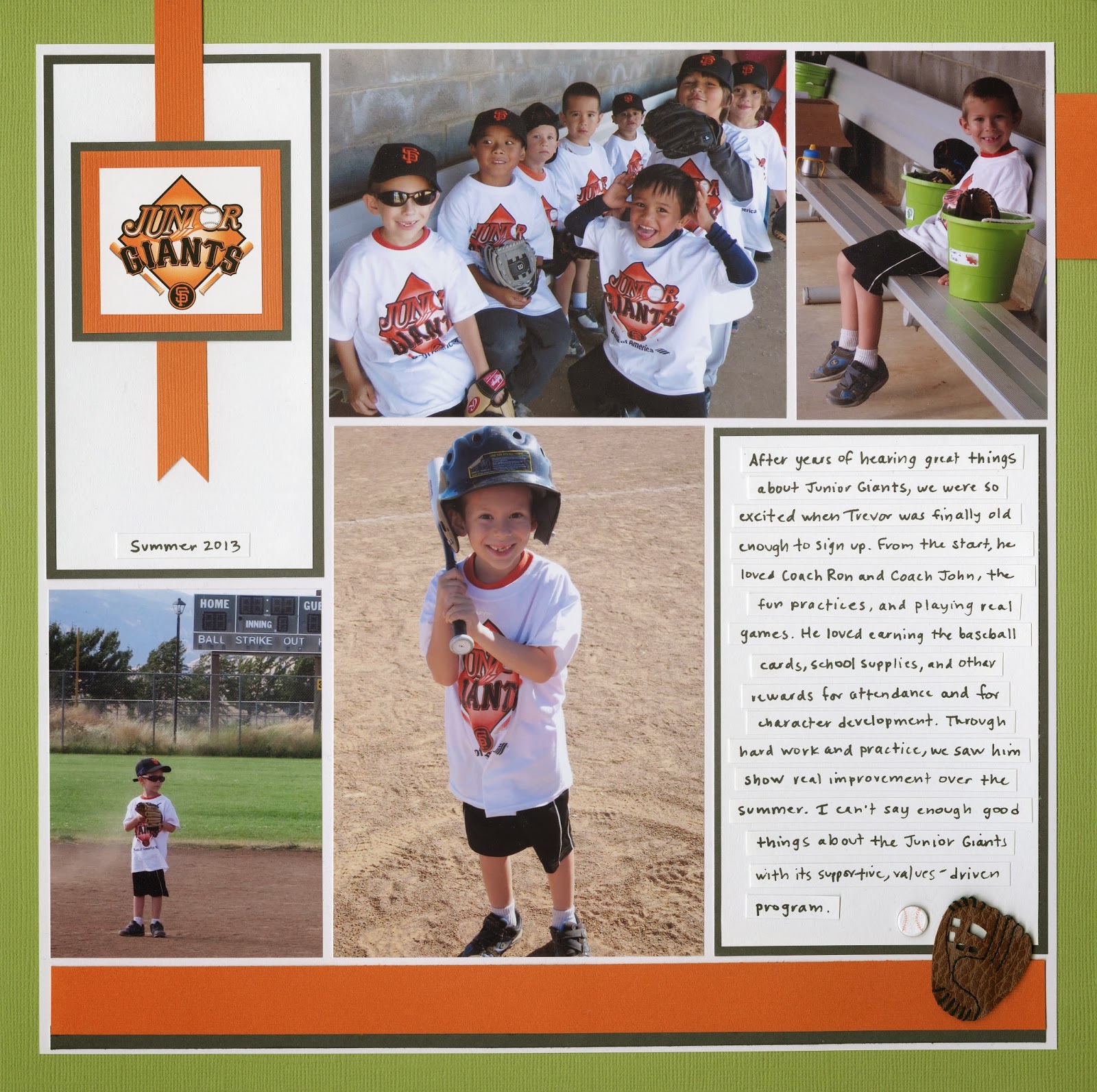 As you can imagine, I took a lot of photos during the season!  It was hard deciding which to put on the layout, but I eventually picked these four.  I used the Junior Giants logo as my title and added some ancient Jolee's stickers under my journaling.