We've been doing a lot of Star Wars crafting around here.  I am not a Star Wars fan AT ALL.  I tried watching the movie as a kid and ended up leaving after about 45 minutes because I thought it was so boring.  I've tried watching it several times since and my opinion hasn't changed.  Ugh. Unfortunately for me, Trevor is a huge Star Wars fan.  And since I am a good mommy, that means I've been doing Star Wars themed crafts every time he asks.

It started with Trevor asking my help in picking the proper materials to decorate his Build-a-Bear bunny's plain white t-shirt.  He showed me his design (the title Star Wars with a carrot and a broccoli as space vehicles).  I helped him slide cardboard between the front and back of the shirt and showed him how to trace his sketch, which he then colored with Sharpies.  Here's the happy crafter and his Star Wars clad bunny. 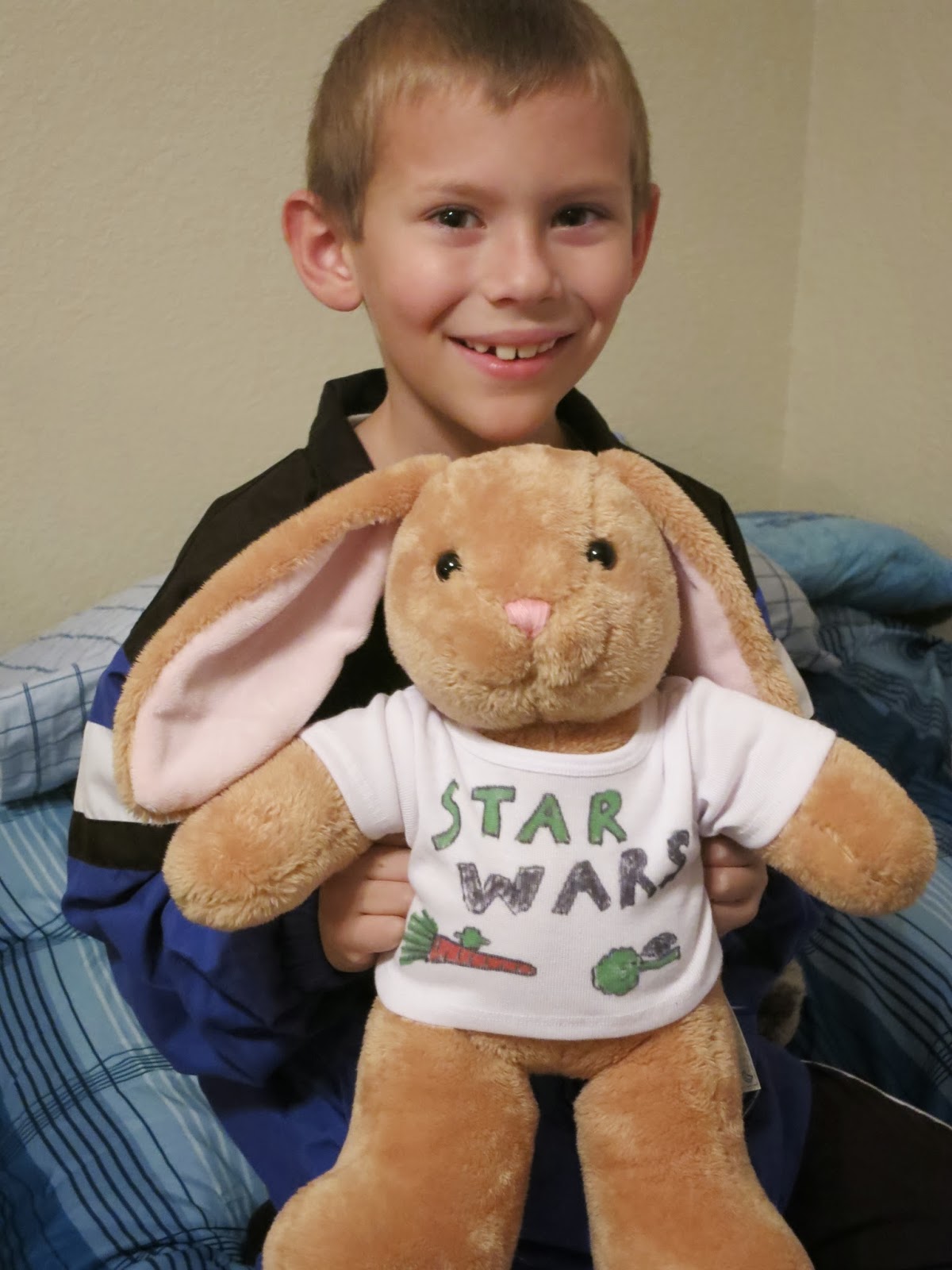 The back of the shirt has the bunny's name, which is Bun. 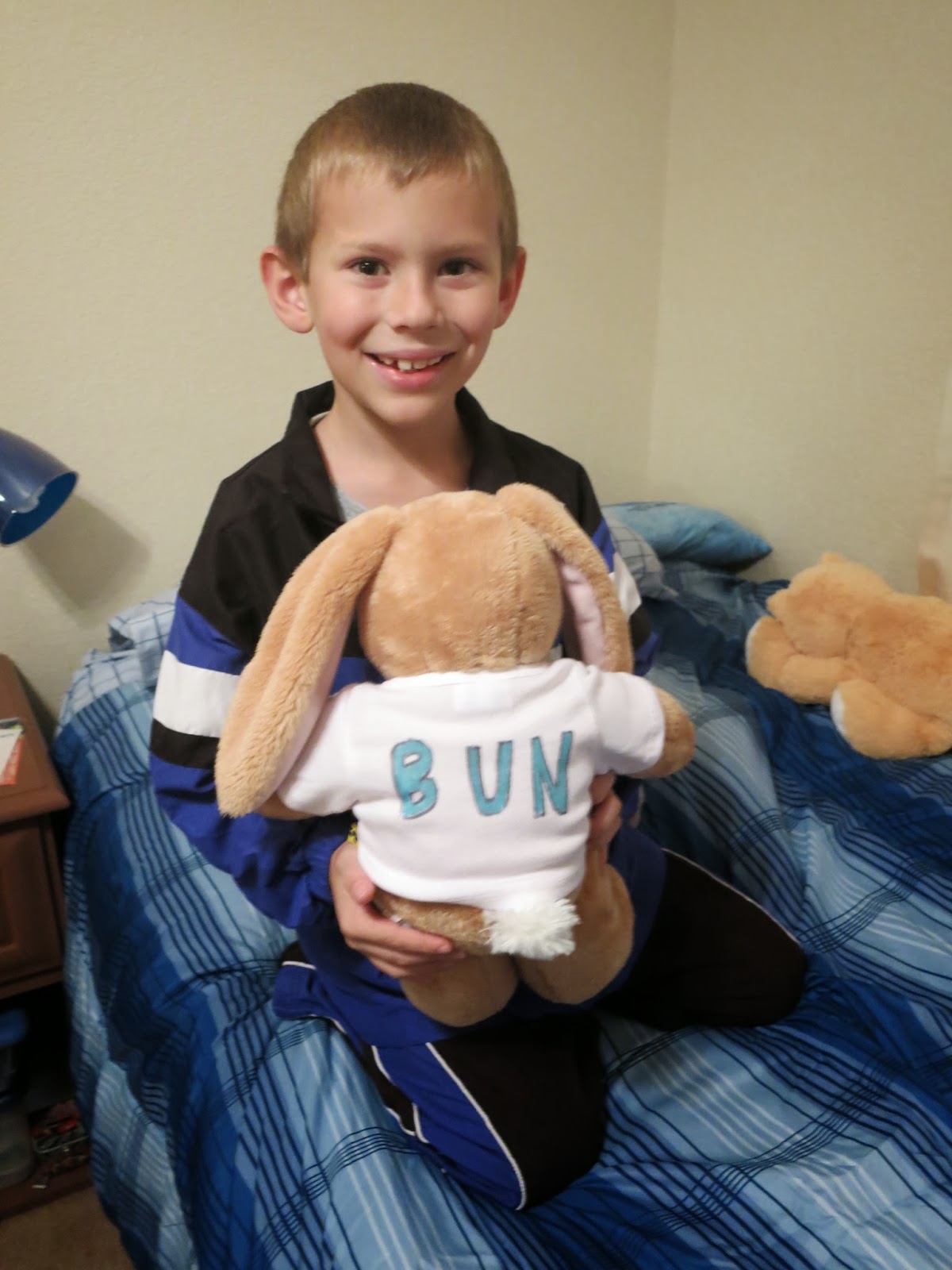 The next time we went to the library, he found The Star Wars Craft Book and immediately flagged about half the projects.  Sigh.  As soon as we had a few minutes, we made this Yoda stick puppet.  Unlike Bun's shirt which only required my supervision and advice, Trevor wanted this to be a joint effort.  In this case, that meant Trevor picked the colors, traced the patterns, and then told me to cut out the felt pieces, which he glued in place. 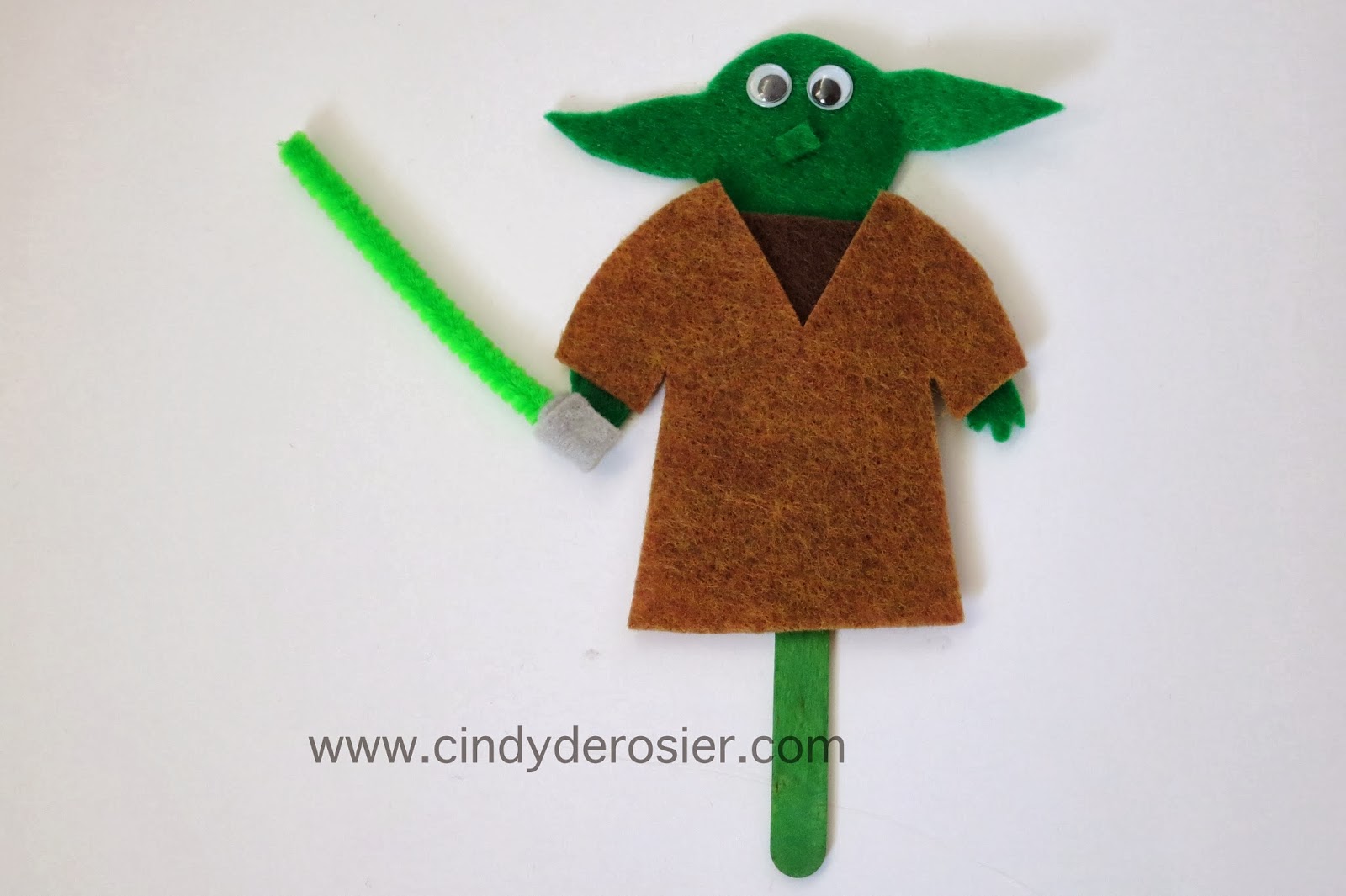 Trevor has big plans to make the rest of the Star Wars projects, so expect to see more very soon!
Email ThisBlogThis!Share to TwitterShare to FacebookShare to Pinterest
Labels: Crafts for Kids