Trevor and I are having a lot of fun with The Cursive Project.  We're enjoying the creative time together and he is thrilled to finally be learning cursive.  He was so excited yesterday when he discovered a section of cursive writing in one of his library books and he was able to read it himself.  In the past, he's always had to come to me to decipher it for him. 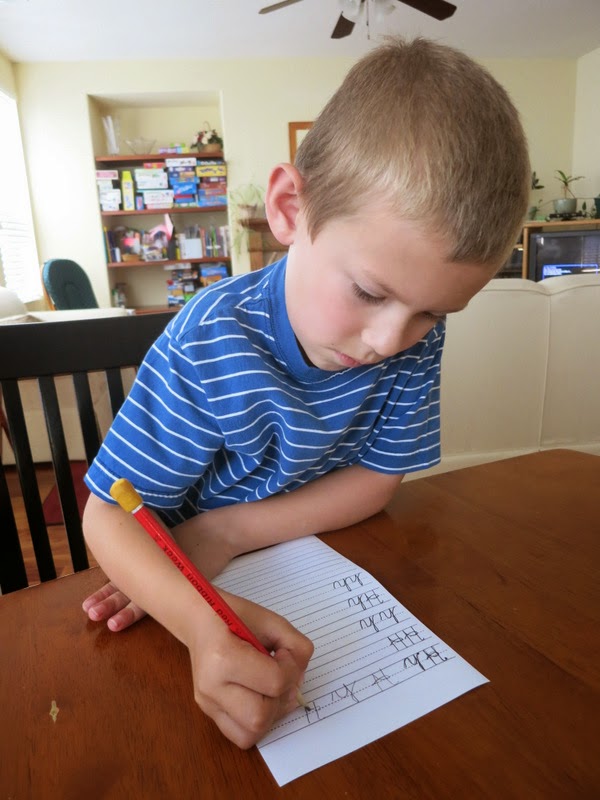 After completing his worksheet, we got started on the day's project - Hedgehog Candy.  Steve said to clarify that it is candy that looks like hedgehogs, not candy made from hedgehogs.  I can't imagine that is necessary, but in case anyone was concerned, let me assure you that no hedgehogs were harmed in the making of this candy.

We started by putting graham crackers in a ziplock bag and squashing them with the rolling pin until they were powdery crumbs.  We measured out 1/4 c. of crumbs, then added 1/2 c. of peanut butter and 1/2 c. of powdered sugar and mixed to create a stiff dough. 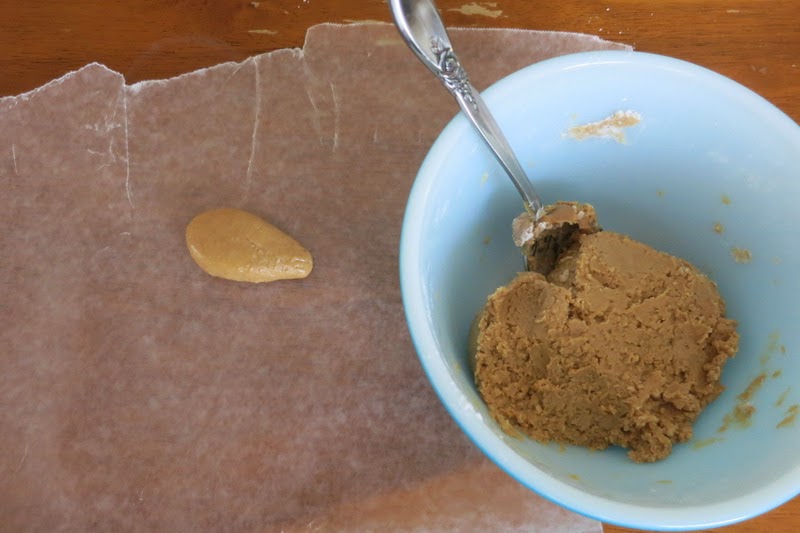 Take a chunk of dough and roll it between your hands to make a ball, then use your fingers to elongate one end.  Keep shaping it to make a teardrop shape, as shown above.  Drop chocolate sprinkles over the top of the rounded end, pressing gently to make them adhere. 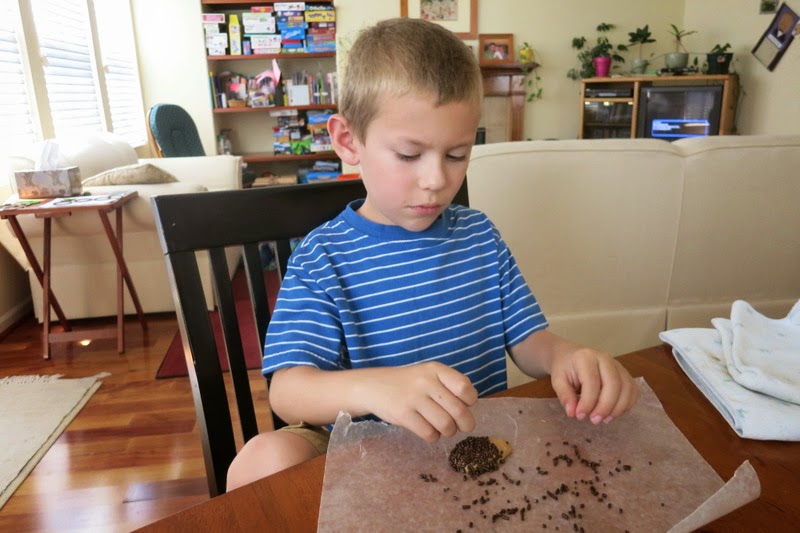 Insert three sprinkles into the pointy end to make two eyes and a nose. 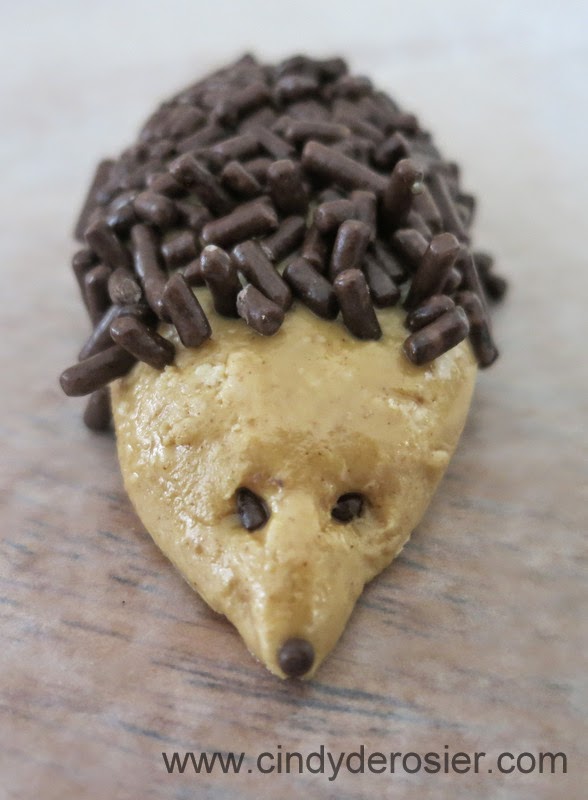 Each one ended up with a slightly different look.  We experimented with added slivered almond feet, but they looked cuter without the feet. 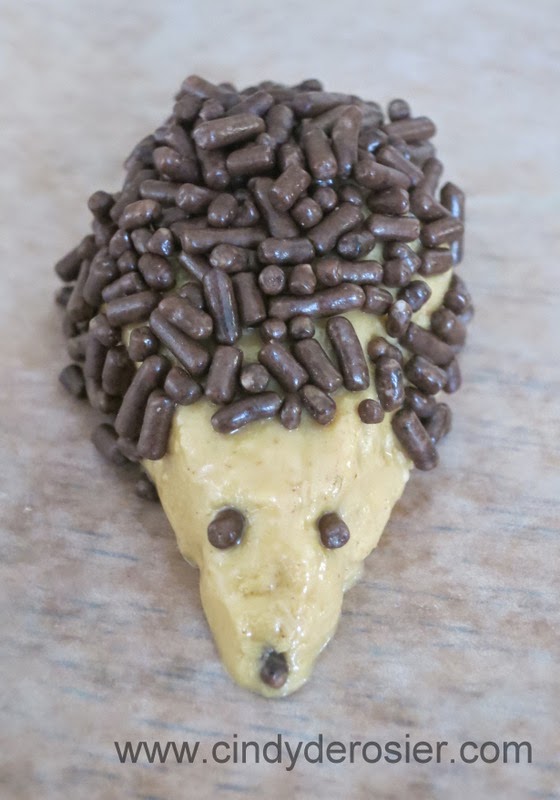 They were quite tasty, too.  On to Letter I!
Email ThisBlogThis!Share to TwitterShare to FacebookShare to Pinterest
Labels: Crafts for Kids, Cursive Project, Recipes