Aunt Teri renewed Trevor's subscription to Little Passports for Christmas (hurray!). I'd already decided that if she didn't, we would. It's so much fun. Trevor loves it. Me too. He's had the subscription for just over a year now, which means he's about halfway through the 50 states (2 states per month). The Florida packet arrived recently, which meant he was able to complete another page in his 50 States Album! 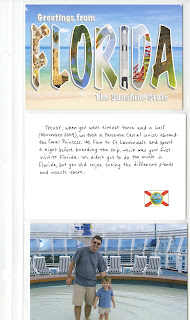 During our epic Canada and New England trip last fall, Trevor visited four states for the first time (Maine, Massachusetts, New York and New Jersey), bringing the total number of states he's visited to 11. Not bad for 8 years old! Of the four new states, he's received the Little Passports kit for three of them so far. As you can see, he is doing his own journaling now. 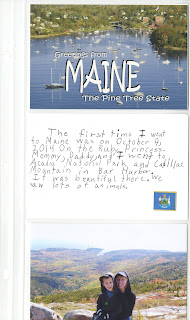 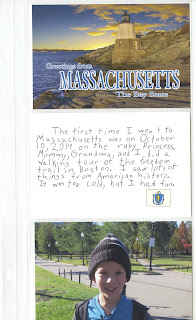 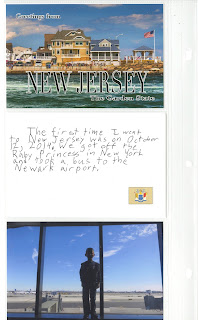 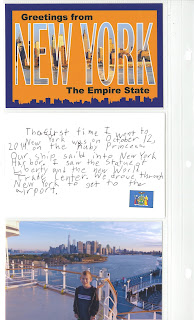 We're planning a summer visit to see friends that will take us to two more states. Both are states Trevor has already learned about through Little Passports, so he is especially excited. Stay tuned!