This is what we are making: 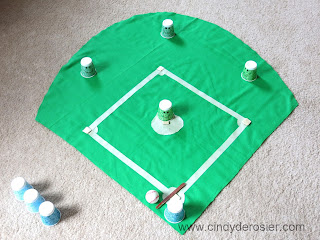 If you do not have felt, I'll give you some other ideas later!

Step 1: Use a red Sharpie to draw two circles on the ping pong ball. Then draw arrows coming off each circle in opposite directions to make it look like a ping pong ball baseball. 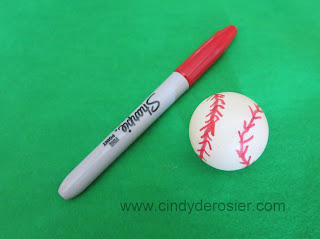 Step 2: Use the large scratch paper to make a pattern that's shaped like a baseball field. You might need to tape more than one piece together. Lay the pattern on the green piece of felt. Cut the felt and recycle the pattern. 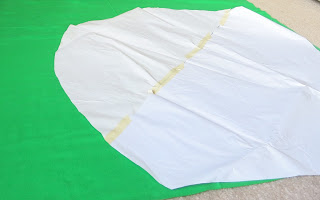 Step 3: Use masking tape to mark the baselines of the baseball diamond. Then, fold masking tape pieces to make bases. Roll a different piece of tape to stick each base onto the taped baselines. 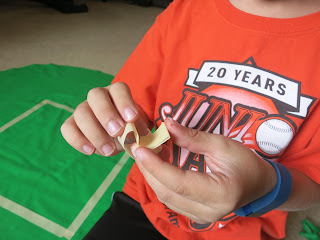 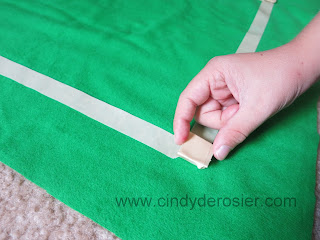 Step 5: Use the black Sharpie to make 8 Dixie cup people. 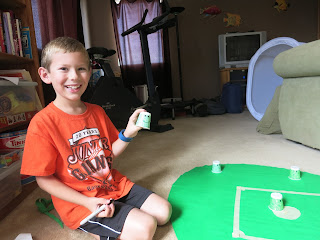 Step 6: Make a bat out of the craft stick. Color it with the marker. You can use other colors to make it more detailed. 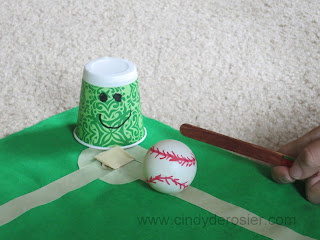 Step 7: Arrange one team in the outfield and the other team as the batters. Now you're ready to play! 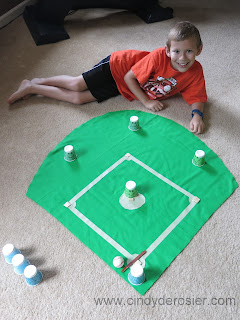 Or, you can make your own rules! 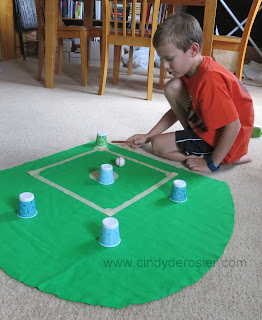 Don't worry if you don't have green felt. There are lots of other ways to make this craft. You can use paper that is taped together. You can put the masking tape directly on carpet. You can even put the tape on the lawn! Be creative! If you do not have the supplies I mentioned, you can use what you do have to make it work! 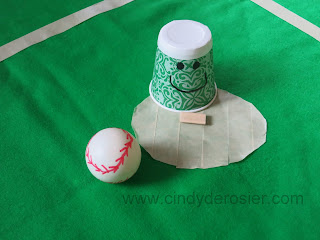 Now it's your turn! Make a baseball game craft that is like mine or make up your own. Take a picture of your craft and link it by Sunday, August 16 at noon Pacific for a chance to win.

An InLinkz Link-up
Posted by Cindy deRosier at 5:00 AM