Battle of the Books

Back in December, Trevor joined his middle school's Battle of the Books team. Every two weeks, all of the Battle of the Books participants received a new book, which they needed to read and study. On Battle days, Trevor's school (B. Gale Wilson) and the other 5 middle schools in the district competed against each other in dual meets. After each team had competed against all the others once, there would be a championship meet between the two top teams. The BGW team met twice a week after school to discuss the books in depth and brainstorm questions that might appear. They were well-prepared and worked really well as a team. So well, in fact, that they went into the Championship Battle undefeated.

Obviously, this is an extremely minor disappointment compared to all the other things canceled due to the pandemic. But I feel bad for those kids who worked so hard and were having so much fun. It was their last year of middle school, so there's no looking forward to next year's team. They hadn't taken their team photos for the yearbook yet, or even posed for a group photo before school was abruptly moved to distance learning. All I have are a few lousy snapshots from the meets. 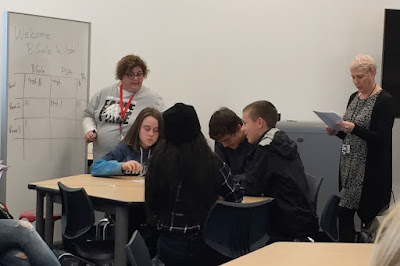 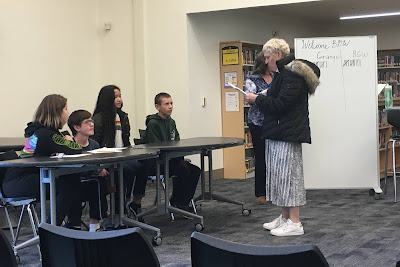 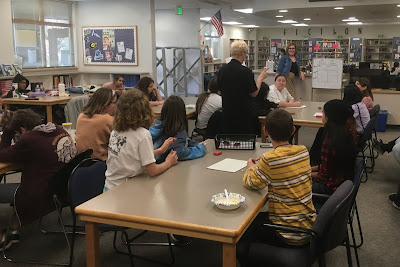 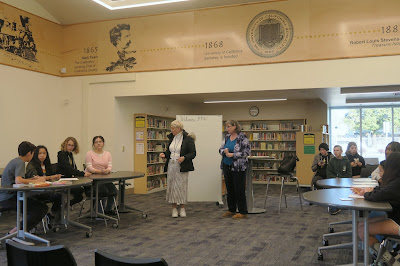 Why am I bringing up the Battle of the Books now, months later? Because I recently finished reading what should have been the championship book (along with the other three books in the series). I loved it. I loved all of the Battle books. Even though Trevor and the BGW team didn't get to finish their season, they are all better for having read and studied some really great books.

I don't know who selected the Battle books, but they couldn't have made better choices. They're as enjoyable for adults as they are for teens. I loved each of the books enough to search out and read more by each author. Below are affiliate links for all of the books. I highly recommend you give them a read.

When I drafted this post, I mistakenly included one that I'd thought was a Battle book, but was actually from Trevor's book club. It was fantastic.

Have you read anything great recently? Let me know in the comments. Happy reading!
Email ThisBlogThis!Share to TwitterShare to FacebookShare to Pinterest
Labels: book, reading, Shelby, Sophia, Trevor