You can thank the state of Connecticut for today's project, as the sperm whale became their state animal in 1975. (Connecticut used to be a major player in the whaling industry.) The sperm whale is the largest of the toothed whales, growing up to 70 feet long and weighing as much as 118,000 pounds. It has the largest brain of any animal, weighing up to 20 pounds. They dive up to 2 miles deep in search of squid, the main part of the 2000 pounds of food they consume each day. The sperm whale was a favorite of whalers because their oddly-shaped head contains a big reservoir of spermaceti, a liquid oil that hardens when cold. Affiliate links below. 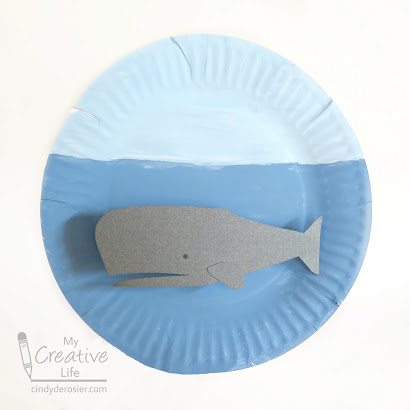 Paint 2/3 of the paper plate with an ocean blue color. Add white paint to make a sky color and paint the rest of the plate. Cut the whale's body and fin from grey cardstock. Cut a narrow strip of blue cardstock. 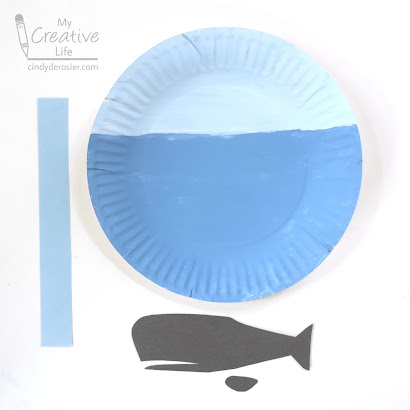 Glue the whale's fin to its body. Draw on an eye with the black pen. Then accordion-fold the blue cardstock and glue one side to the back of the whale. 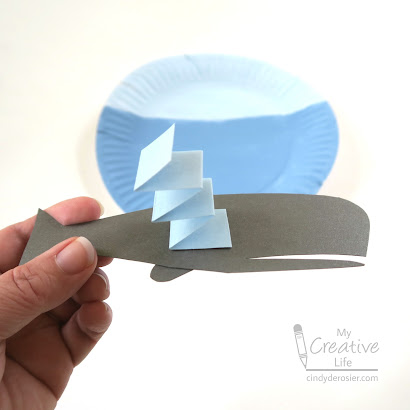 Glue the other side of the blue cardstock to the paper plate.