My last post was about Trevor's family birthday party. Today I'm going to tell you how we celebrated with his friends. The night before the party, Trevor and I baked cupcakes. I frosted the cupcakes and he did all the facial features. We were inspired by cupcakes we saw at Betty Crocker. 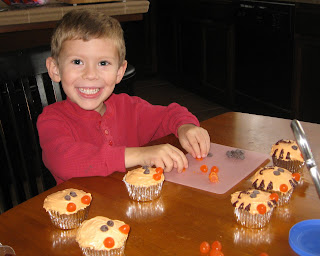 The tigers are white cake with vanilla buttercream frosting, which we tinted orange. The eyes are chocolate chips and the ears are orange jelly beans cut in half. The nose, mouth and stripes are chocolate frosting. 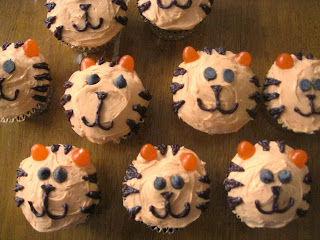 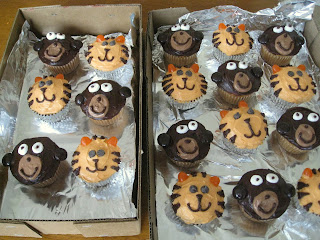 Fortunately, the weather was perfect the day of the party. Here we are in the enormous and awesome petting area at the Oakland Zoo. 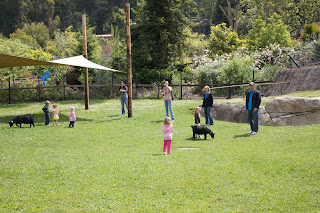 We spent about an hour looking at animals, then exited the zoo into Knowland Park. The kids played on the zoo-themed play equipment while I set up for the party. 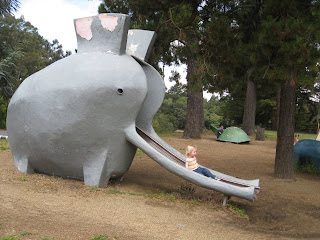 Here are their goodie bags, all ready to go. 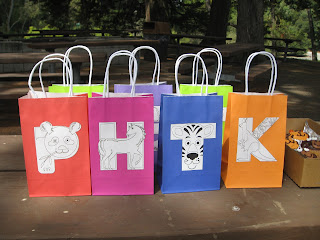 We played Animal Bingo. All the animals on the cards are at the Oakland Zoo. 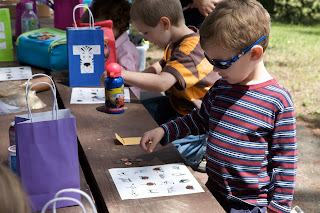 "Bingo!" Kylinn was the first winner. We played lots of rounds to allow everyone the chance to win. 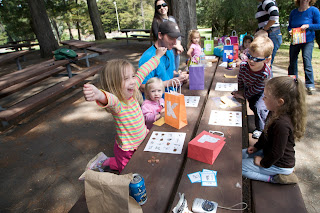 I lined the kids up for a group photo, but they were not particularly thrilled to pose.

They were far more interested in going on a candy hunt! 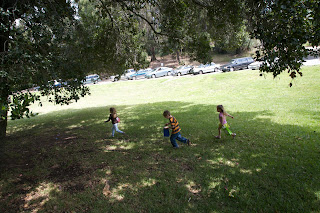 When they returned, I set up Animal Memory. They had to study the 20 plastic animals I spread on the table (again, all animals at the Oakland Zoo). I covered up the animals and the kids took turns trying to remember the animals. Everyone won prizes... zoo-themed stickers and plastic animals. 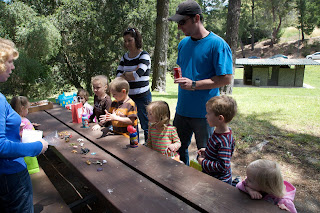 We ate our cupcakes, then the kids played in the park while we cleaned up. 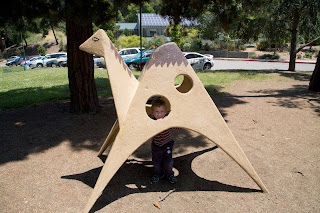 Then it was back into the zoo to see more animals. 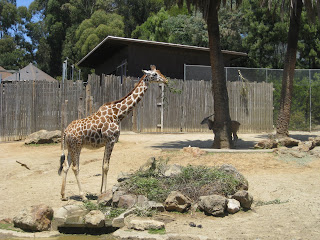 We ended our day with a few rides. 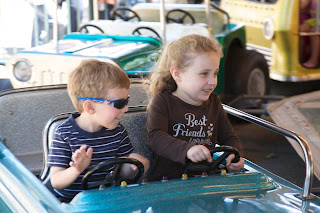 Trevor had a wonderful time, and it seems like all his friends did too. I had a lot of fun planning his Zoo Parties. Happy fifth birthday Trevor!
Email ThisBlogThis!Share to TwitterShare to FacebookShare to Pinterest
Labels: Parties