We just got home from a wonderful trip to beautiful Bear Valley, where my inlaws own a cabin. We usually visit the cabin 3-4 times a year and, other than our last visit which was a total disaster, we always have a great time. This time, it was just Steve's parents and the three of us. 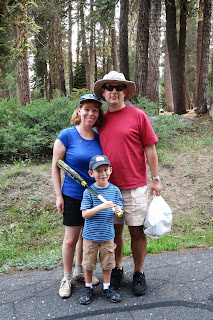 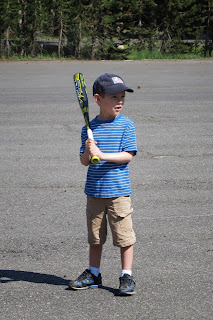 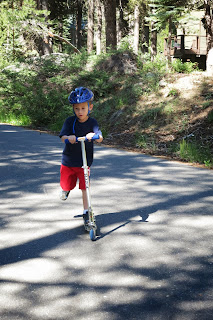 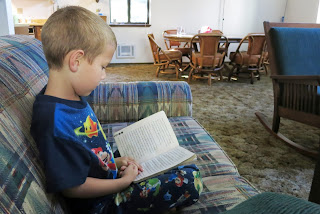 We lounged by Lake Alpine... 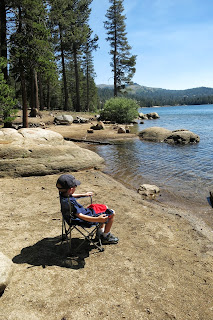 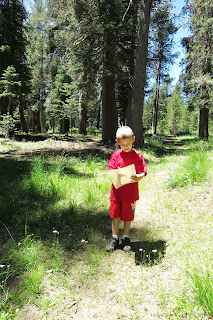 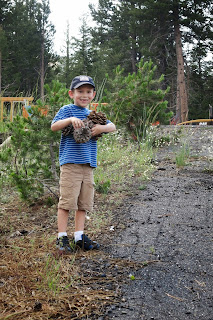 We climbed up the granite outcroppings... 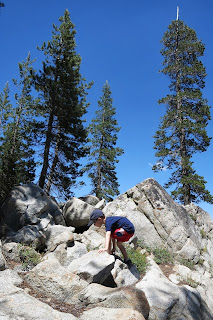 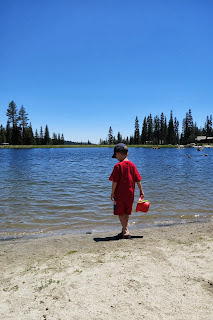 ... and entered a sand castle competition. 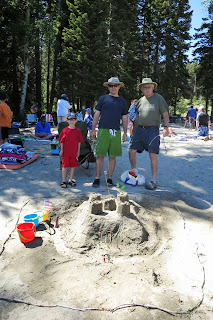 And, of course, we did some crafting. Trevor received this craft kit for his birthday last month and was extremely excited to try it out. I talked him into bringing with us to the cabin since it was totally self-contained and we'd have lots of time to work on it while we were there. 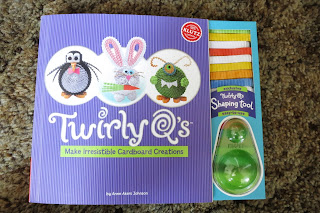 We'd barely unpacked when Trevor started asking if we could do the Twirly Q's. He, of course, was dying to do the rabbit project on the cover. We set out all the materials (paper strips, shaping tool, and glue, all included), skimmed the directions (note the foreshadowing...), and began.

At first, it seemed easy: choose the correct strip, roll it up, and put a dab of glue on the end. Push it into the shaping tool, remove, smear glue on the inside using your finger, and set it aside to dry for an hour. If you've been reading the blog for more than a week or so, you know that Trevor HATES anything messy, which includes touching glue. So he did all the rolling and shaping, while I did all the glueing. (By the way, I just looked that up - both gluing and glueing are correct. Interesting!)


After rolling and glueing the rabbit's body, head, feet, and tail, Trevor mentioned that something didn't seem right, that the feet and tail were way too big. As it turns out, skimming the directions was not a good choice. We were supposed to have cut those strips before glueing. So I carefully peeled them apart and set the very-gluey pieces on my legs so that Trevor could carefully cut them. I rolled them back up and set them on the table to dry. At this point, both of my hands and both of my legs were covered in sticky glue. I went to the sink to wash... but the glue would not come off.

I rubbed and scrubbed. I scoured and picked. Nothing. Uh oh.

I asked Trevor to read the glue bottle, the book, anything for information about how to remove the glue. Nothing. It merely said to wipe your finger on a damp cloth after using glue. Needless to say, that did not do a thing except adhere a cloth to my hand.

My mother-in-law suggested nail polish remover, but there wasn't any at the cabin. While I continued to scrub in vain, my father-in-law searched for any sort of solvent. Everyone was already laughing at me, but they laughed even harder when he returned with a bottle of whiskey. Steve got a q-tip and dabbed it on my poor fingers. It worked! A little bit, anyway. He dabbed and dabbed and dabbed and eventually poured it directly in my hands to speed up the process. Then he zipped off to grab the camera. 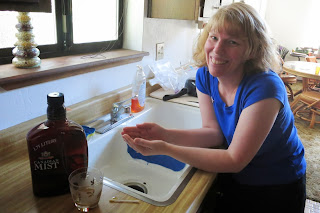 It took most of what was left in the bottle, but eventually the glue came off. I smelled like a distillery, but that was a fine price to pay to be glue-free. And, I'm happy to report, the Twirly-Q rabbit was adorable. 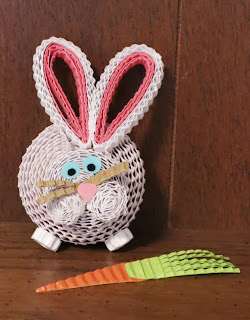 Anyone else have an adhesive-gone-wrong story to share?
Posted by Cindy deRosier at 5:00 AM
Email ThisBlogThis!Share to TwitterShare to FacebookShare to Pinterest
Labels: Vacation