When I said I'd created gifts for the Beaver Patrol, you knew I'd made coordinating cards, right? 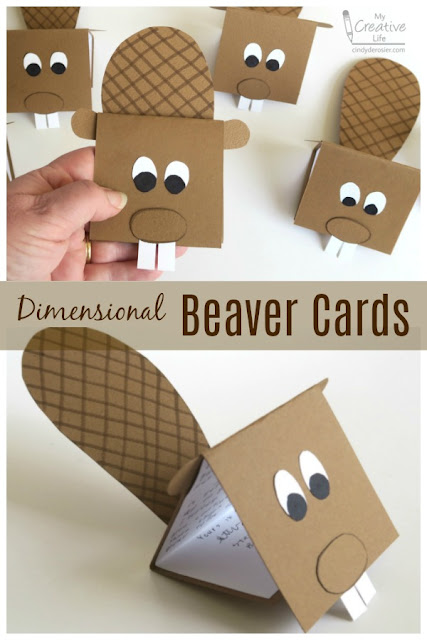 Prepare the materials. Use the paper trimmer to cut: 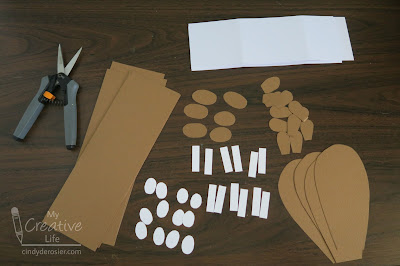 Use the brown pen to outline the nose and draw crosshatches on the tail. Use the black pen to draw pupils on the eyes. 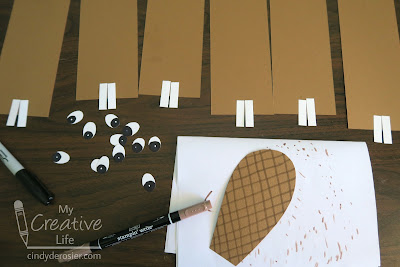 Fold the brown paper into thirds. Glue two teeth onto the top and two ears on the sides. 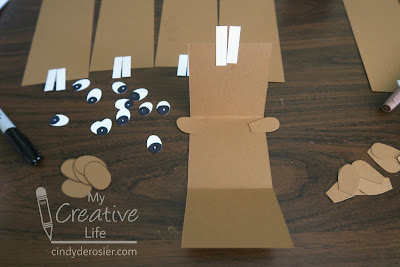 Glue the nose and eyes to the front of the card.

Fold a small flap on the end of the tail, then glue that tab to the card. You want the tail to flop down when the card is out of its envelope... 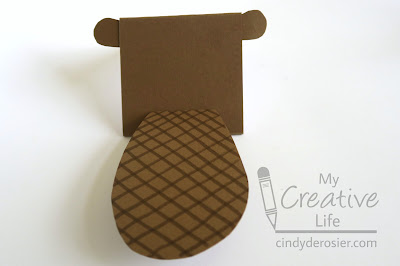 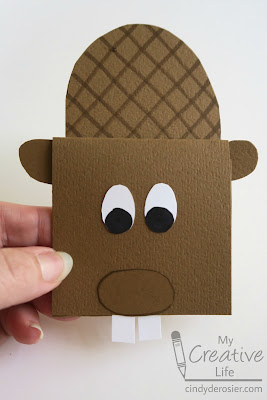 Quick trivia question: What do you call a group of beavers? 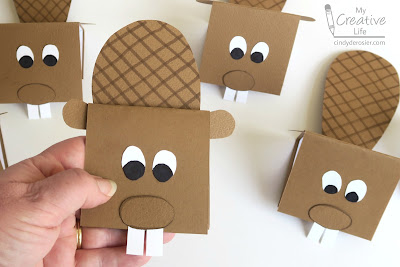 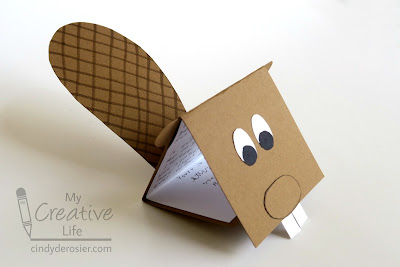 Steve used all of the beaver cards I made, but I like them so much I may need to make more. Although now that I think about it, are there occasions that really call for a beaver card? International Beaver Day is April 7, so maybe that's just the occasion I need to justify more cards.