Others see a Pringles can; I see a beaver. It's a weird gift. 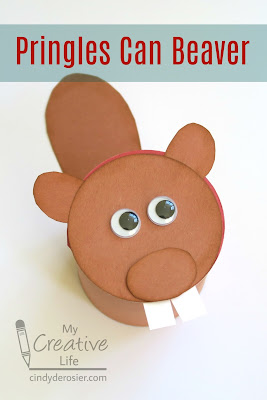 I've been doing a lot of beaver-themed crafting recently and there's actually a good reason why. Backing up, you may remember that Steve started an extensive Boy Scout leadership training called Wood Badge in 2016 and completed it at the end of 2017. This year, he is on the staff to train the next batch of leaders. The trainees are split up into 8 patrols, each named after an animal. About a month ago, Steve found out he would be the troop guide for the Beaver Patrol. 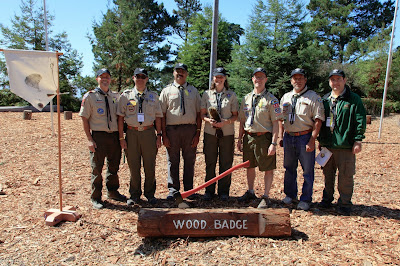 Steve asked me to pick up snacks for the Beavers' first weekend together. Trevor thought up logs (pretzel sticks) and beaver teeth (mini marshmallows), while I came up with the idea of turning snack-sized Pringles containers into beavers. Read on to learn how I made them. There are affiliate links in the materials list; I make a small commission on any purchases you make after clicking a link, at no extra cost to you. 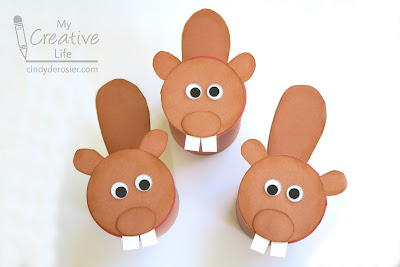 Remove the plastic lids from the Pringles cans and save them for a separate craft.

Start by cutting brown construction paper the same height as the cans. Wrap a piece around each can, then tape it in place. I chose to leave a small gap so that the Beavers could easily see which flavor each can of Pringles held.

Use the punch to cut circles for the faces. With scissors, cut two ears, one oval nose, and one tail for each beaver. Ink the edges of each. Cut two white rectangle teeth for each beaver. 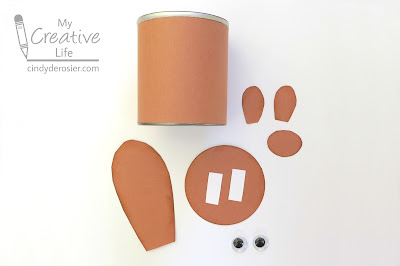 Working on one face at a time, glue the ears, eyes, nose, and teeth in place. Use a loop of tape to attach it to the top of the can. You could glue them, but with tape you don't need to destroy the beaver to eat the chips.

Tape the tails to the bottoms of the cans. 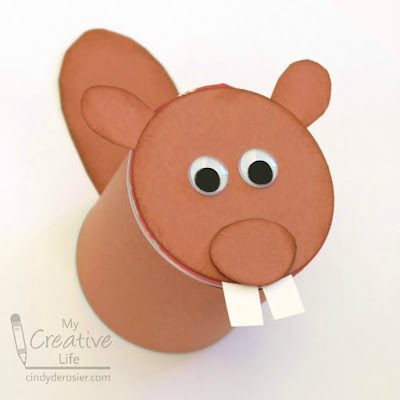 The first thing Steve told me when he got home was that the beavers were a hit with the Beaver Patrol. 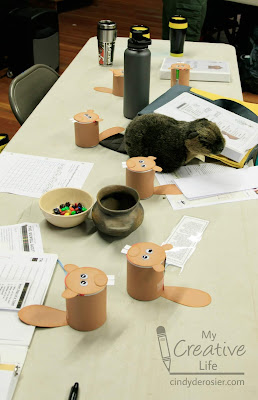 In fact, they repurposed my beavers to decorate their rocket for a competition. I love the creativity! I especially love that their beaver is holding the Scout emblem. 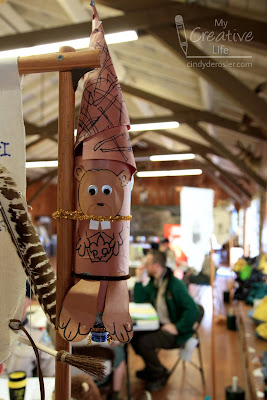