Today's craft, a construction paper anchor, is inspired by Rhode Island. Despite the fact that 30 of the 50 states have a coastline, Rhode Island is the only state whose flag features an anchor. (Slightly random, but read here to learn why it is impossible to measure the length of a coastline. It's fascinating.)

Anyway, the flag of Rhode Island is white with a gold anchor and the word HOPE on a blue ribbon. It was adopted in 1877 and based on the state seal. The seal was first adopted in 1664 for the colony, a good 120+ years before Rhode Island became a state. It is believed that the word HOPE was taken as the colony-then-state motto from Hebrews 6:19 - "We have this hope as an anchor for the soul, firm and secure." Affiliate links below. 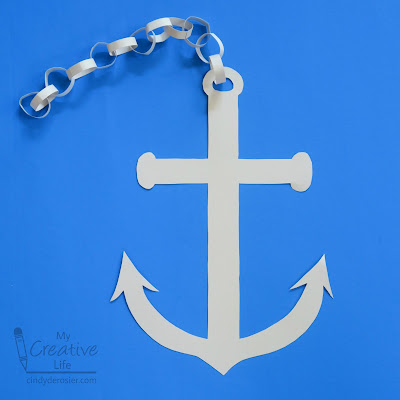 Turn a piece of grey construction paper vertically. Use a ruler and a pencil to draw a cross, leaving a 2" gap at the top and extending all the way to the bottom. Approximately 1/2" from the bottom, draw a smile that intersects the cross. 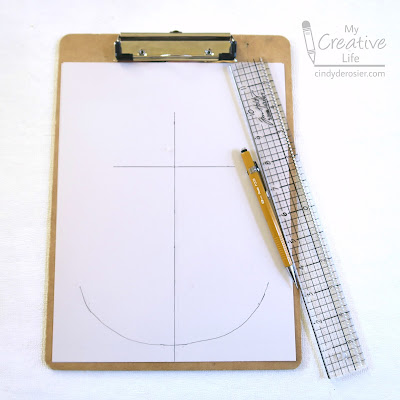 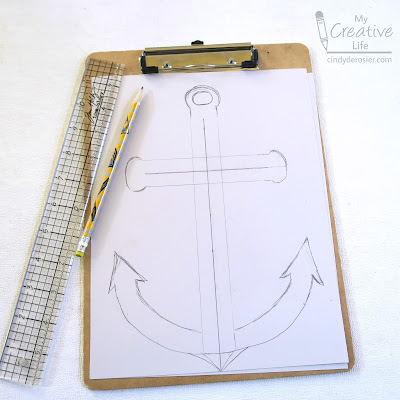 Use microtip scissors to cut out the anchor, saving the scraps. Cut the scraps into strips approximately 1/2" x 4". Make a chain by inserting one strip through the hole at the top of the anchor, then gluing the ends together. Insert a new strip through that hole and glue it together. Continue until the chain reaches the desired length.

In addition to a study of Rhode Island, this would be a fun project for a pirate-themed party, to say bon voyage, or to count down to a cruise!