Documenting our US Travel (and How to Make a GIF)

Each time our family makes progress towards our goal of visiting all 50 states before Trevor turns 18, I update the map on my US Travel page. It's literally my favorite blog task. I LOVE seeing the map get more and more filled. We're at 42 states visited right now, and the map looks like this: 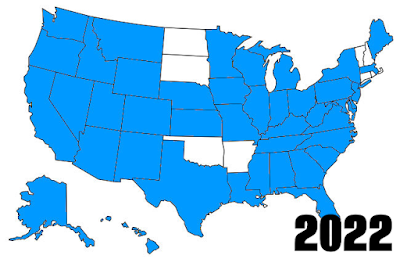 Awhile back, I realized that when the map is filled in, it's not going to make any sense to have it posted on the US Travel page. I've been thinking about what I would do then and came up with a solution that I love. If you can't wait, pop over to the US Travel page and scroll down past the flags to see what I made. I'm so happy with it! Otherwise, I'll tell you about it at the end of this post.
The first thing I did was to go through Trevor's 50 State Album and determine which states we first visited in which years. Then I used VisitedStatesMap.com to make a graphic for each year. I used PicMonkey to add the year to the bottom of each graphic.
Trevor was born June 7, 2006 in California. We did not travel outside of the state during the rest of 2006. 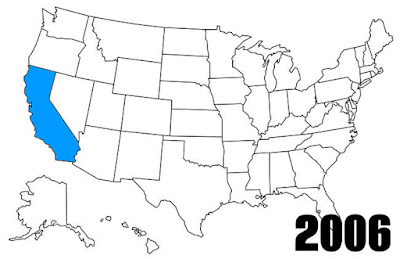 In 2007, Trevor tripled the number of states he'd visited from 1 to 3! We took a cruise to Alaska when he was 13 months and visited my cousins in Washington when he was 18 months. 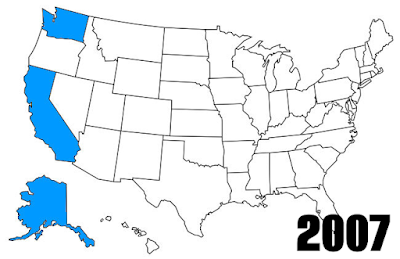 We didn't visit any new-to-Trevor states in 2008 (although we did take him to Mexico). In early 2009, we took a cruise to Hawaii. Later that year, we had a brief visit to Florida where we boarded a Panama Canal cruise. 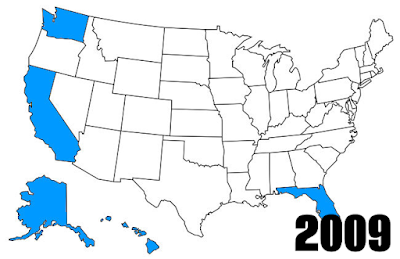 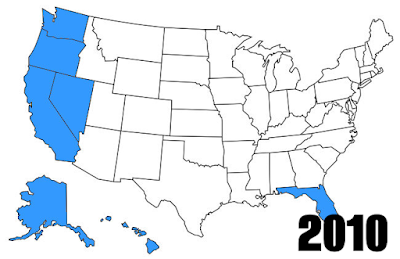 We traveled a lot in 2011, 2012, and 2013, but none of our trips took us to new-to-Trevor states. In 2014, Steve and I came up with the idea of taking Trevor to all 50 states before his 18th birthday. Trevor had just turned 8 and had already been to seven states, with four more happening that fall. With a little effort, we could make it happen! The 2024 deadline seemed SO far away!
Our adventure east from Toronto and then down the east coast to New York City meant first visits to Maine, Massachusetts, New York, and New Jersey. 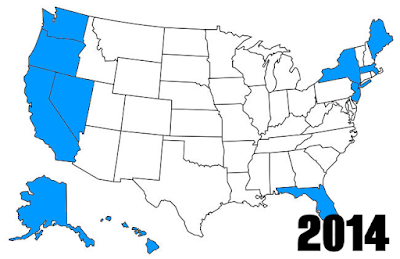 In 2015, we visited my friend Nancy in Colorado over the summer. We added a side trip to Wyoming to that trip, then visited my brother-in-law in Idaho, where he had just started working. 14 states down, 36 to go! 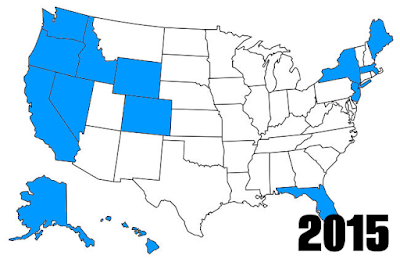 We added Utah and New Mexico in 2016. These were the first trips we did that looked like the way we travel now - packing in a ton of activities every single day, attempting to see everything. At 10, Trevor was a seasoned traveler with the stamina and interest to visit multiple museums, historical sites, attractions, and unique restaurants each day. 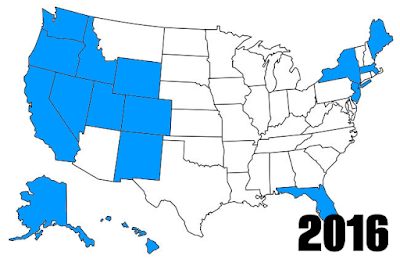 We started 2017 with Trevor's first trip to Arizona. It was during SNAP Conference in April 2017 that I officially became a travel blogger (as opposed to a craft blogger who sometimes mentions travels). It was incredibly exciting to work with travel-related brands for the first time and receive media rates and comped tickets. We took a summertime trip to Iowa and Nebraska, then a fall trip that added Maryland, Delaware, and Pennsylvania to our states-visited list. 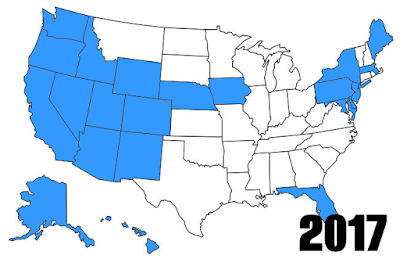 I remember how excited I was to create an unbroken path across the US on our map in 2018! That year, we took an epic trip to Illinois, Michigan, Ohio, West Virginia, Kentucky, and Indiana over the summer, plus a Thanksgiving trip to Texas. 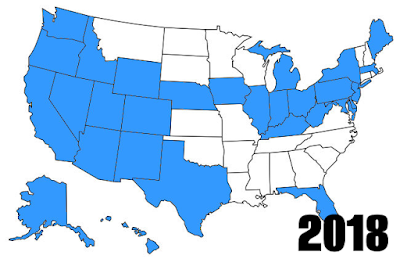 In 2019, Trevor took a school trip to Washington DC, which included time in Virginia. All three of us have been there, but it is the only state of the 42 on Trevor's list that the three of us haven't visited together. We took a summertime trip to Missouri and Kansas, plus a winter trip to Louisiana and Mississippi. 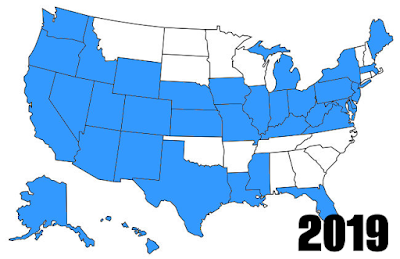 We spent 2020 at home. Literally. I never would have predicted that when we set our goal in 2014. Fortunately, we were back to traveling by the summer of 2021. We added Montana, then spent Christmas week in Tennessee, Alabama, and Georgia. 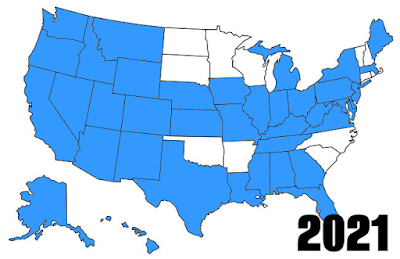 Which brings us to 2022! We spent the first days of the new year in South Carolina and North Carolina. And just a few weeks ago, we visited Minnesota and Wisconsin for the first time. 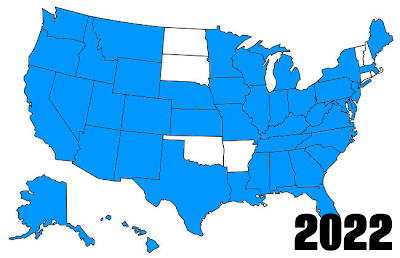 OK, so what did I do with these images? I used EZ GIF to turn them into a GIF! And true to the name, it was incredibly easy. (And free!) I just uploaded the images, set the time I wanted each to run, set the number of runs to one, downloaded the results, and uploaded it to my US Travel page. Go check it out, if you haven't already!
Email ThisBlogThis!Share to TwitterShare to FacebookShare to Pinterest
Labels: US Travel