Three states (Alabama, Louisiana, and New Mexico) have all named the black bear as their state mammal. Those aren't the states that come to my mind when I think of bears, but it turns out that the American Black Bear is the world's most common bear species. It is found throughout the United States with a large population thought to be twice that of all other bear species combined. Another fascinating fact: many black bears are not black! This cute cereal box bear is a fun jumping off point for a study of this interesting mammal. Affiliate links below. 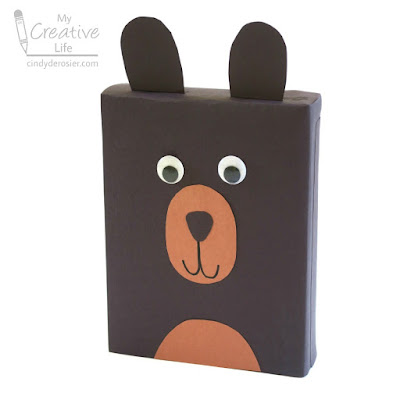 Cut ears from black construction paper, making them about an inch longer than you want them to be. Fold over that extra inch to make a flap so you can glue the ears to the top of the box. 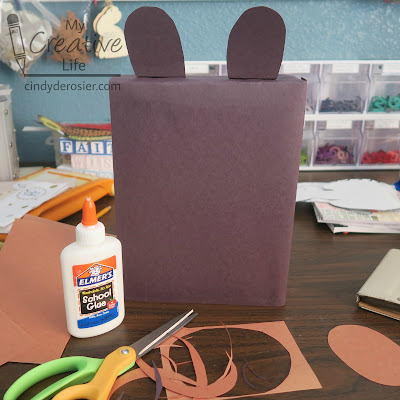